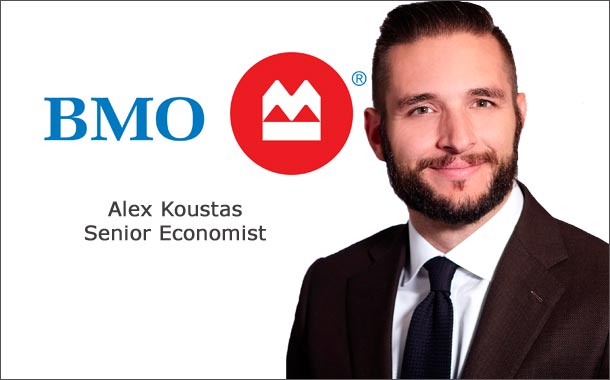 You can only redline for so long before overheating; given past experiences, the controlled deceleration being displayed in the North American market should be seen as a relatively positive outcome. Combined U.S – Canada sales are poised to slip below a 19 million unit pace for the first time in four years, but should remain quite healthy on a cyclical basis.

U.S. vehicle demand remains robust, with a tight labour market squeezing the maximum potential of a sales landscape marked by late-cycle conditions. Though sales are down 2.1% year-to-date through May, they are still cruising above a 16.5 million unit pace (despite the government shutdown and poor winter weather in Q1), a fairly hearty figure this late into the cycle. Equally important, the composition of sales is becoming richer, with the consumer rotation towards higher-priced light trucks and luxury vehicles continuing its course.

Manufacturers have been proactive in responding to softening market conditions, cancelling unpopular models and nimbly adjusting production. This has helped contain dealership inventories and limit the need for incentive spending, both of which will help dealerships’ bottom line.

Ultimately, market saturation is the main culprit for the downtrend in sales. The vehicle ownership rate is hovering near the peak reached in the past cycle (at more than one vehicle per person of driving age) and the market churn is simply too slow to accommodate a sales rate well above 16 million units. The aggravating factor is population growth, tracking at a measly 0.6%, the slowest clip since the Second World War. Absent a change in immigration trends, demographics will be a heavy headwind in the long-term.

In Canada, the market has cooled off its boil in an almost synchronized fashion with the housing market. After nearly 30 years, credit growth is re-aligning with income growth at last. Although a cocktail of tightening policy rates and the Alberta oil shock provided a strong jolt of turbulence in the winter months, sales now appear to be headed towards a soft landing.

Debt remains the key headwind for the market, with Canadians dedicating 14.8% of their income towards servicing obligations, roughly equal to the record set ahead of the financial crisis (though interest rates are much lower now). This stands in sharp contrast to the U.S. market, where the comparable ratio is near record lows. As such, the recent pause by North American central banks represents a more important development for the Canadian space.

However, even amid softening credit growth, the overall sales landscape in Canada remains quite strong. Job growth has exceeded expectations despite economic disruptions, keeping the unemployment rate near all-time lows. Similar to the U.S., benign labour market trends are the crucial element underpinning market performance. While demographics present a headwind to the U.S. market, generationally strong population growth of 1.6% is the key tailwind that will keep Canadian sales churning well above previous cyclical levels.

Overall, Canadian sales look to advance above a 1.9 million pace this year, which combined with positive compositional shifts, should represent a fairly healthy climate for dealerships, particularly when considering that the number of franchises remained fairly steady through the sales boom.

It’s also important to consider the big theme issues taking place in the industry that could have impacts on the sales cycle of tomorrow. At BMO Economics, we strive to provide insightful technical research based on some of the key themes, concerns and observations we hear from our clients with our bi-annual Auto Outlook publication.

For instance, there has been an incredible amount of coverage on the “worrying” driving and buying trends of Millennials and Generation-Z. Generally, the gist is that urbanization, “uberfication” and “mindfulness” have dramatically altered the U.S. auto market. But, are we really entering a post-car world? Have Millennials reached a level of mindfulness that has slammed the door shut on the auto industry as we know it?

Evidence suggests that this is not the case; rather, our old friend the invisible hand seems to be playing a much larger role.

The key takeaway is that the focus on shifting trends between age demographics isn’t what’s most important; rather the fact that U.S. population growth is at its lowest level in modern history presents a far greater issue for industry prospects in the medium term.

To get the full picture, you can read the complete report here. To learn more about BMO’s auto dealership expertise, visit bmoharris.com/autodealer.

Alex Koustas, a Senior Economist at BMO Harris Bank, can be reached at 416-359-462 or alexandros.koustas@bmo.com. Note: The opinions, estimates and projections, if any, contained in this article are those of the authors. For this article and the insights found at the link above, BMO Harris Bank endeavors to ensure that the contents have been compiled or derived from sources that it believes to be reliable and which it believes contain information and opinions which are accurate and complete. However, the authors and BMO Harris Bank take no responsibility for any errors or omissions and accepts no liability whatsoever for any loss (whether direct or consequential) arising from any use of or reliance on these articles or their contents. These articles are for informational purposes only.