In December, publicly-listed Asbury Automotive Group announced it would acquire certain assets of Park Place Dealerships, a large and very successful collection of luxury franchises in the Dallas-Ft. Worth area. The Presidio Group in San Francisco put the deal together. It may herald a change in the buy sell market for such large deals, The Presidio Group’s founder and CEO Brodie Cobb and president George Karolis tell Automotive Buy Sell Report.

“The world is all about supply and demand,” says Cobb. “If the demand shrinks as the supply of buyers shrinks, that will not benefit Sellers. As more large transactions come to market, we may ultimately end up with a very limited pool of buyers.” 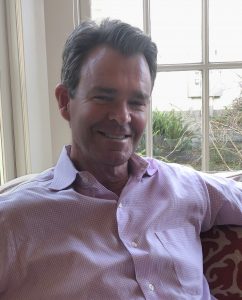 Asbury paid $1 billion for 14 dealerships encompassing 17 new vehicle franchises. The price included $785 million of goodwill $215 million for real estate and leasehold improvements, and some $30 million for parts and fixed assets. The price represented a 10 times multiple earnings on approximately $100 million of EBITDA.

Franchises included Mercedes-Benz, Lexus, Jaguar, Land Rover, Porsche, Volvo, Bentley, and more. Two dealerships, Mercedes-Benz and Porsche stores in Grapevine, TX, were not included in the deal. The acquired stores are concentrated in the Dallas-Ft. Worth area, one of the world’s fastest-growing markets.

The market was certainly one of the attractions for Asbury, says Karolis.  Dallas-Ft. Worth is business- and tax-friendly, and the stores were all high volume. Another attraction was the talented management and staff at Park Place.

“The bigger stores that make a lot of money attract the best talent. That is always a concern for dealers so when buyers see a deal like Park Place, it definitely grabs their attention,” he says.

Park Place Dealerships was owned by the Schnitzer family office. The Schnitzers have worked with The Presidio Group before, says Cobb. That built up trust and earned Presidio the nod when the Schnitzers were ready to sell Park Place.

Karolis led the valuation team It involved the usual considerations of historical profitability and future opportunities, brand and market premiums, and blue sky. It helped that Park Place kept meticulous books. “Their numbers are well put together,” says Karolis. 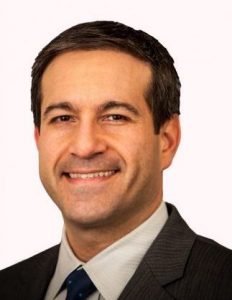 The deal’s sheer size “amplified everything” though, adds Cobb.

On the real estate side, “we encouraged Ken to understand the value of his property before going to market,” says Karolis. “You see some smaller deals go through where they agree on blue sky then later agree on property. Sophisticated buyers are looking at acquisitions on an all-in basis. “

Ken Schnitzer is “one of the most sophisticated dealers I have dealt with,” adds Karolis.

Not all the franchises were included in the deal, adding to the complexity.

Getting ready to go to market took about six months. Finding a buyer took about three months.

“We had to be strategic about what would work for OEMS. We then had to find the right buyer who could raise the necessary capital,” says Cobb.

For its part, Asbury’s senior leadership “seemed to be very clear and succinct in their vision of how this would fit in their firm and where they would go with these considerable assets,” says Cobb.

The two CEOs also had very similar thoughts on matters from building the brand to taking care of employees.  “They were making music together,” says Cobb.

For Asbury, the value of Park Place Dealerships could go beyond the franchises and real estate, says Cobb..

“If you talk to 25 people in this country who know Park Place, all 25 will say it is an incredible auto retailer brand,” he says. “This transaction offered the market a unique opportunity to learn from the acquisition, including upstreaming brand management and best practices of attracting and retaining top talent.”

There are also lessons about the buy sell market and the dealership industry to be drawn from the timing of this transaction.

Why would the Schnitzers want to sell their successful dealership group when luxury is at the top of its game? None of his meetings with them were filled with “gloom and doom,” says Cobb, just that there might be new and exciting opportunities. But they are very “strategic” in their thinking, he says.

The Presidio sees “a good number” of potential buyers in the market today, says Karolis. But only a “small percentage” would be able to take on a transaction the size of the Park Place deal.

“As more large deals come to market, this limited pool of buyers will continue to shrink,” he says.

And the Park Place transaction will likely raise red flags for some of the big groups.

“I think for some it will plant a seed to understand more. What does Ken know that I don’t know?” says Cobb. “When you have one of the most successful auto retailers make the decision to sell, you would be remiss if you didn’t try to find out what is going on.”