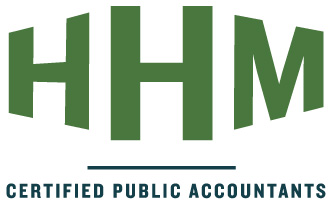 The Park Place acquisition announcement took many by surprise. Not only because it’s a well-known, well operated group, but because the magnitude of the transaction was larger than most could fathom at this stage of the market. For me, the announcement spurred the question “what exactly are they buying?”

Historically, luxury franchises have traded for higher multiples than domestics and midline imports. There is an exhaustive list of reasons for this trend with the main items including strong OEM assistance and factory money, brand awareness/recognition, exclusivity, and overall greater profitability. Luxury stores can be outrageously profitable in the right markets and tend to have relatively lower same-store competition as many secondary and tertiary markets may only have a single point of each luxury franchise.

As a result, the luxury franchises have long been an out-sized proportion of the public company portfolios, which are looking to maximize their earnings. The higher multiples (and lower implied return on investment) was easy to justify in a market that was ever-improving except for the period of financial crisis. 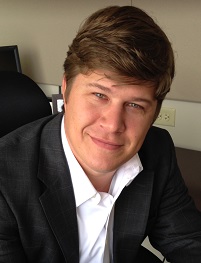 There has recently been much talk about the rising cost of new vehicles and the shift of dealers toward the retail of used vehicles. A side theory for the increase in used volumes is that dealers want to get away from OEM influence and control. While the reason for the surge in used vehicle volume is up for debate, the increase in volume is real.

According to NADA data, used vehicle volumes are up across the range of franchises. The average NADA store (regardless of luxury, import, or domestic) retails about as many used vehicles as new. The largest swing in retailing of used vehicles is the luxury segment. Their proportion of used vehicles has increased nearly 50% in only four years. In fact, for the available 2019 NADA data, the average luxury store retailed more used vehicles than new – the only franchise segment to pass 100%.

Outside of certified pre-owned vehicles, used inventory access and sourcing aren’t proprietary. Two competing dealers can bid for the same used vehicle at auction or on Craigslist regardless of the franchises they represent. A great example is the inventory offering at OffLeaseOnly.com, with more than 700 late-model luxury vehicles on their website at the time of writing this article. The only barrier is a checkbook and a dealer license. In this shift to widely-available used inventory, stores overall are more homogenous in their vehicle offerings today than several years ago.

The noteworthy differences still in favor of luxury stores are the franchise-specific fixed operations and OEM factory money, which are generally more profitable than import and domestic franchises. Even though most luxury stores focus on leasing vehicles, which do not present them with an opportunity for deep F&I product sales, the OEM factory programs can largely outweigh the lost F&I gross.

I have recently seen Mercedes and BMW stores grossing over $5,000 when you include all of the below-the-line money. On the back end, fixed operations on a UIO basis can be much greater than your average store. A store I recently looked at was generating more than $1,200 of gross per UIO.

Based upon the trends in used volume, it seems that some of the shine would have worn off of the premium multiples paid for luxury stores. The opposite appears to be the case with Asbury executing one of the largest dollar deals in auto retail history focused exclusively on luxury. I look forward to the next earnings call to learn more about the headline-grabbing transaction.

Stuart McCallum is transaction advisory partner at Henderson Hutcherson & McCullough, PLLC, a CPA firm based in Chattanooga, TN. He can be reached at 1-423-702-7698 or smccallum@hhmcpas.com.