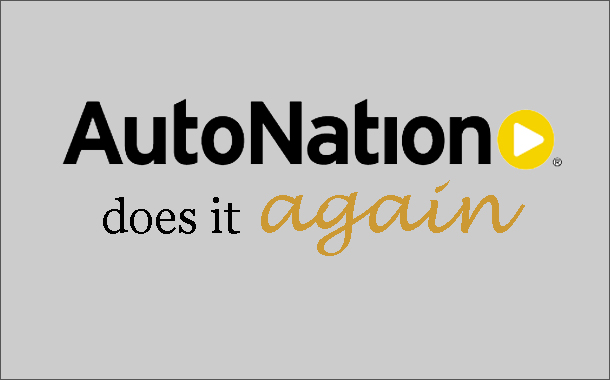 They included the ongoing consolidation trend, a desire to diversify the family holdings, and an attractive market for sellers.

“We felt that AutoNation provided the best combination of terms for our family, but also opportunities for our associates,” said Fenwick.

The retail automotive business is becoming more costly and more complex each year. That is driving a consolidation trend that seems to favor the listed groups. But it is too soon to declare that the days of family-owned operations are ending, said industry experts.

“Our family-owned groups are still there and doing acquisitions,” Kenneth Rosenfield of Rosenfield & Co. told Automotive Buy Sell Report. “We worked on 50 [deals] already this year, all family owned.”

Rosenfield’s Florida-based accounting firm provides a wide range of services to dealerships, including business valuations and attestations. He sees many small one or two-store deals getting done, said Rosenfield.

His clients tend to own between five and 15 dealerships with annual revenue between $100 million and $300 million.

AutoNation, the largest automotive retailer in the world, announced on August 18 that, subject to manufacturer approval, it would acquire 16 new stores representing over $600 million in revenue.

The Valley Motors acquisition included four franchises, Audi, Subaru, Mercedes, and Volkswagen. The other group, Carl Gregory Enterprises, has 13 stores in Alabama, Georgia, and Tennessee, including domestic and import franchises.

AutoNation now has 253 stores across the U.S.

Aggressive digital marketing is a growing concern, as is back office consolidation, he said. Regulatory issues are also more and more complicated. A large group such as AutoNation has the resources to more easily handle those areas.

Dealership also face a growing number of demands from manufacturers, said Haig, including costly facility image programs. “It is harder to be a dealer today than it was five years ago,” said Haig. “Large groups are likely to have an advantage over the long-term.”

However, he said, “We still see many dealers that perform at a really high level with just a single store. Really talented folks that are motivated can do great.”

Keeping up with Buffett?

The Carl Gregory Enterprises stores, on the other hand, are in smaller cities such as Columbus, Ga., population 190.000, a new territory for AutoNation, said Sandler.

Carl Gregory Enterprises was “shopping itself around,” said Sandler, and a private equity client of Bel Air Partners looked at the group. In the end, however, “it just didn’t fit,” said Sandler.

AutoNation has the management resources to improve the operations, however. “It seems to me that for AutoNation it made sense,” said Sandler.

AutoNation CEO Mike Jackson said in a press release: “We continue to seek acquisitions to leverage our scale, expand the AutoNation brand, and provide a peerless experience to more customers.”

Rosenfield figures that AutoNation may also have acquired the 16 stores to show “that it is still a big player, despite Warren Buffett.

“Those are expensive operations,” he said. “Not everyone could afford to buy them.”