I just returned from a 10-day trek in the Annapurna region of Nepal. Naturally, I looked at the cars on the streets and dirt roads of Nepal, a small mountainous country on the northeastern border of India. U.S. and European automakers have a slight presence in Nepal, mostly smaller passenger cars and a few small commercial vehicles in models not sold here. 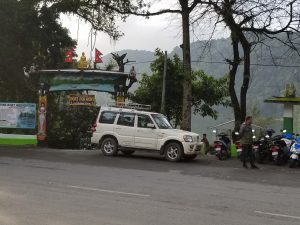 India automakers Maruti and Tata dominate the market, and I came away with a huge amount of respect for a Tata’s SUV. We had to take dirt roads to the starting point of our trek, and from the end point back to Kathmandu. These roads – the “main road” to the destination villages — were filled with pot holes large and small, water crossings of varying depths, random boulders, and the like. Our Tata “jeeps” as our guide called them – actually Safari Storme SUVs – plowed through all obstacles with no problem. Total respect for Tata Motors. We couldn’t have done it without you.

On to this week’s issue. One of the concerns a dealership buyer inevitably has is what unseen liabilities may lurk, ready to reveal themselves weeks or months after the purchase. This week, our friends at Scali Rasmussen discuss buy sell holdbacks as a protection against such unpleasant surprises.

Also this week, we continue a theme from last week’s issue – taxes.  The 20 percent deduction on qualified income for businesses under the 2017 Tax Cuts and Jobs Act sounds like a boon for dealers, whose businesses are generally structured as pass-through entities. But as with all things tax, it is complicated. Extensive planning is necessary to take full advantage of this deduction, says CLA.

And of course we have Transaction News.