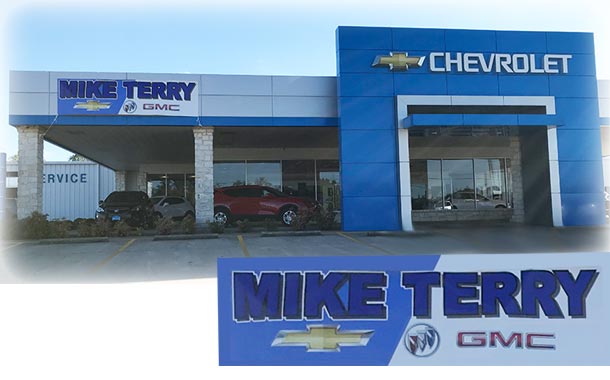 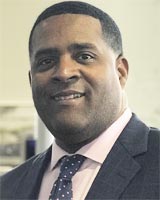 When he worked at Peltier Subaru in Tyler, TX, Mike Terry earned the highest score on an “emotional IQ” test.  That quality helped him rise from salesperson to general manager of a dealership in just three years.

“The biggest key is understanding people (and) connecting with people,” says Terry.

Now, Terry is dealer principal of a Chevrolet-Buick-GMC dealership in Mexia, TX. He aims to use those people skills and his dealership experience to make his own store a resounding success. After that, Terry wants to keep growing his group.

He acquired the former Beene Motor Sales dealership in late October. It consists of the three franchises under one rooftop and a body shop in the small south central Texas town of Mexia.  The facility is EBE2.0 image compliant. Terry acquired the franchises and the real estate – 4.388 acres.  His entrepreneurial get-go accelerated the entire purchase process.

Terry started out on a traditional path to ownership. The owner of Peltier Subaru saw potential in Terry and encouraged him to become a dealer principal, telling Terry, “you have to save your money.”

Terry attended NADA school and met a GM representative at a NAMAD meeting. That rep reached out to Terry about enrolling in GM’s dealer development program. A subsequent GM representative worked on securing first regional then national approval for Terry to become a dealer principal.

He learned that the next step was going through an assessment to qualify for a loan to acquire a GM dealership. His approval occurred in May of 2019.  His assessment wasn’t set to occur until October of 2019.

“I said I would try to find financing” on my own,” says Terry.

He applied for a Small Business Administration loan and was approved. But each potential acquisition had to be approved individually. Terry had to show the dealership had cash flow and be able to put 10 percent down.

While at the NAMAD convention in July, Terry found the Chevrolet Buick GMC dealership for sale on the Performance Brokerage Services website.

“That would line up perfectly with what I can do,” he thought. Terry sent it to the SBA and it was approved.

From correctional officer to dealer principal

Terry, 47, worked at a Lieutenant of Correctional Officers for 15.5 years. He enjoyed the work, but the father of six had kids to put through college and needed to earn more money. A relative suggested he try his hand at selling cars. So, Terry went to work as a salesman at the Peltier used car super center in Tyler in February of 2010. After nine months he was promoted to sales manager, and six months later became general sales manager.

In 2013, Peltier was awarded the Subaru open point in Tyler and Terry became general manager of the new car dealership. Subaru is not an intuitively popular brand in truck-loving Texas. When it opened the store had 256 units in operation. By the end of 2018, it was selling 1,100 and used units.  That was the result of six years of educating the customer about the Subaru brand, says Terry.

“It was really tough,” he says.

Terry credits Robert Peltier’s philosophy of transparency with helping build the brand, as well. That has also helped him overcome with customers the general image of a car salesperson as someone who is “always trying to scam you,” says Terry.

It was quite an eye opener, he says, going from law enforcement, “the top of people’s list as far as liking you,” to being in a career where trust was hard to earn.

Being transparent with customers and treating them with respect allows him to make the point that “profit is not a bad word,” says Terry, and to convince them that “we aren’t here to make a killing on every customer who comes in the door.”

He impresses on customers how his sales staff are going to take the money they earn and put it back into the system and stimulate the local economy, says Terry.

He has carried the philosophy of transparency to his own dealership, where Terry sees much potential for more business. The previous owner had been operating in Mexia, a town of some 7,500 a couple of hours drive from major metroplexes Austin and Houston since 1972.  That kind of familiarity bred a bit of complacency, says Terry.

“We can’t forget we are in business to make a profit,” he says.

He kept most of the original staff. They were excited to have a new owner who would invest in the business, says Terry. He did bring some key staff with him from Tyler, but told the existing staff, “Everybody’s job is safe. You either fire yourself or you quit.”

The previous owner wasn’t using many of the tools and resources GM offers its dealers, says Terry. He has already added an internet presence and F&I office. There was no used car operation to speak of, either. Terry is changing that.

The dealership’s fixed operations are in pretty good shape, says Terry, but the average age of the service techs is mid-50’s. So, he plans to start talking to students at the local tech college about doing internships at his dealership’s service department.

He looks to have a diverse staff. He actively recruits women for roles in the service department and F&I office. A female service advisor came with him from Tyler, and his last three service managers in Tyler were women, says Terry. He was the first African-American dealership general manager in Tyler.

Terry figures he can quickly boost his Chevrolet Buick GMC store’s sales from the current 22 new and 8 used monthly unit sales to 30 new and 30 used. He’s adding to his used car inventory, but that takes time because of reconditioning. Ultimately, Terry figures the store can sell 40 new and 40 used monthly.

“Then I will be ready to buy the next” dealership,” he says with confidence.