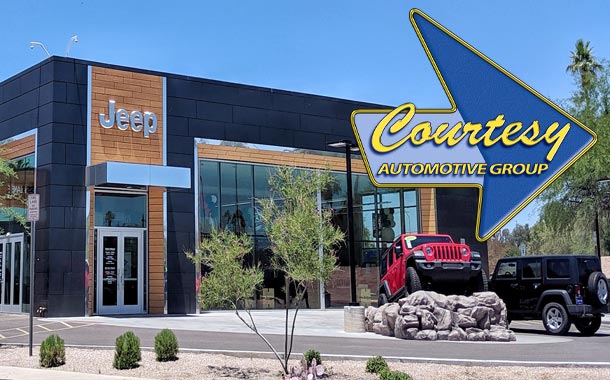 Sometimes an acquisition involves a dealership that has created a lot of bad blood with its customers. Establishing a good reputation is the first and most importance task of the new owners. Courtesy Auto Group in Arizona did just that with its recent purchase of Heggs Chrysler Dodge Ram in Mesa. Already, Courtesy’s quick actions are paying off. 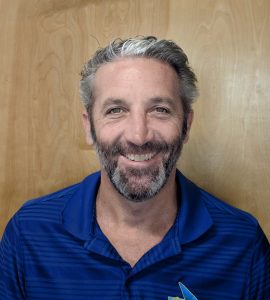 “We brought a lot of our own family philosophy,” Scott Gruwell, owner of Courtesy Automotive Group, tells Automotive Buy Sell Report. “We transitioned (the dealership) into a new company with our people and processes.”

Courtesy Auto Group was founded in 1955 by Ed Fitzgerald, Gruwell’s grandfather. Headquartered in Phoenix, it has Chevrolet dealerships in San Diego and Phoenix; a Chrysler Dodge Jeep Ram dealership in San Juan Capistrano, CA, and a Volvo dealership in Scottsdale. Those are in addition to the just-acquired Mesa store. The Mesa franchises are now known as Courtesy Chrysler Dodge Ram of Superstition Springs and Courtesy Jeep of Superstition Springs.

Since its founding the Group’s corporate culture has “focused on taking care of employees and taking care of consumers, thus taking care of the company,” says Gruwell. That was especially important with the recent acquisition.

The former owner of the Mesa CDJR store experienced cash flow problems and was unable to cover expenses including vendor debts and loans on trade-in vehicles. That adversely affected some customers’ credit ratings.

Before Courtesy even became the legal owner of the store, it had to take over operations and make payroll for the entire company, as well as deal with other outstanding debts. Those responsibilities were spelled out in the buy sell agreement, says Gruwell, adding “the seller was “very accommodating and amicable.”

It paid off the loans immediately. Then, it worked with customers whose credit rating had been impacted, talking with lenders. That was “semi-effective,” says Gruwell.

If the customers were still owed money, Courtesy gave them credit towards the purchase of a new or used vehicle.

The Group will also continue to honor “Warranty Forever” programs sold by the former owner.

The quick action had immediate effect. When Courtesy took over in February, the dealership was selling fewer than 10 vehicles a month and had 84 employees. The staff is now at 109, and the store sold 109 units in May.

More acquisitions are always of interest. Courtesy Auto Group is a “relatively opportunistic group,” says Gruwell. “If we get approached (about an acquisition), we will look at it.”

The Mesa store was an appealing acquisition because Courtesy has had a lot of success with the FCA brands in California and in the Phoenix metroplex, or “The Valley,” as Gruwell calls it. He credits its long-standing history in the area and the relationships it has built up for its success in general.

Although it has had luck with domestic brands, like just about any dealership group, Courtesy is interested in acquiring a Toyota or Honda store.

A shortage of management talent restrains some groups from expanding. Courtesy doesn’t have that problem, says Gruwell.

“Our biggest challenge, especially in the Phoenix Metro Area, is more people want to come work for us then we can employ,” he says. “We have a very deep bench.”