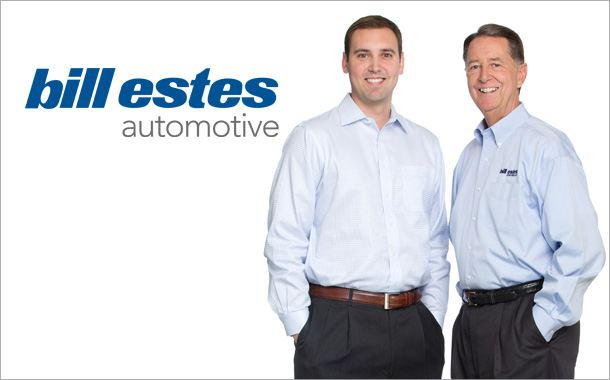 Location, franchise, and community are the Bill Estes Group’s watchwords

The Bill Estes Auto Group a few weeks ago acquired Kincaid Chrysler Dodge Jeep Ram  in Lebanon, Ind. One of the first things the Estes Group plans to do is get more involved in the small town of fewer than 16,000 residents.

“Our model is to be involved,” Bill Estes tells Automotive Buy Sell Report. “We are going to be there for a while, and be part of the community.”

This is the third dealership for the Bill Estes Group. It plans to apply the same business strategy to this new store as it did with the first two, with some success.

All of the dealerships, including the just-acquired Chrysler store, are within 20 minutes of each other in the Indianapolis area. The Group sold nearly 450 new and used units a month in 2014.

The Midwest is a good area for domestic franchises, and he has a good hold on the domestics market in his area, says Estes. “We kind of own that quadrant,” he says.

“Nobody has committed as much as us to the domestic market,” says Estes. “In the Midwest, there is a fundamental belief in American cars, especially with Jeep and Ram.”

Those two franchises were what really made the acquisition a great one, says Estes.

The opportunity to acquire the Kincaid dealership came about from a basic sales technique – the cold call, says Zak Estes, Bill’s son. He came to work at his family’s dealership business about two years ago after spending time working in digital marketing.

Since his return, the Group has been looking for stores to acquire. It contacted factory reps, talked to some brokers, and called some local dealerships. One of those calls is how it found out the Kincaid family was ready to sell.

The dealership location fits well with a template the Estes Group used in acquiring a Ford store in Brownsburg, Ind. 14 years ago.

The Ford store was owned by two dentists, and located in a small community, which was a “bit of a change of direction” for the Estes Group. Its other store at the time was in Indianapolis. Initially, they made some mistakes with the Ford store, says Bill, such as not having management based in the community.

They learned from those mistakes. The store’s general manager was based in the community, and the dealership and its staff got involved in everything from little league games to local non-profit organizations. The high school football stadium is even named after the Estes Group.  Sales took off.

It also helped that Brownsburg slowly became a suburb of Indianapolis. And, Estes moved the Ford store to a location on the beltway.

“Ford was not a word we said around the house.”

The Estes family is steeped in the automotive industry. Elliott M. “Pete” Estes, president of General Motors from 1974 to 1981, is Bill’s dad.  “Ford was not a word we said around the house when I was growing up,” says Estes.

His first dealership was the Chevrolet store in Indianapolis, which was acquired in 1975. “I mortgaged about everything I had” to buy the Chevy dealership, said Estes. “I paid $375,000 to a rural dealer.”  He also moved that store to a beltway location.

He may move the Chrysler store in Lebanon, says Estes. But he will first see what he can do in its current location. His first change will be sprucing up the existing facility, which he describes as “in an awful old building.”

Making the store image compliant, or moving it closer to Indianapolis, wasn’t part of the agreement with Chrysler when he acquired the dealership, says Estes. Mainly because, he thinks, “they were so excited to find someone who wants to grow the business.”

His first change will be cleaning it up, including installing all new furniture, and in general making a place “people will be proud to walk in and feel comfortable,” says Estes.

The previous owners were doing very little used business; Estes will change that. “Today, if you aren’t in the used car business you are going to struggle unless you are a highline dealer,” he says. He will also boost new inventory.

The service business has a lot of upside, as well, he figures. Because cars are so much better now than in the past, the service lane has become a maintenance sales lane, says Estes.

Service these days needs a new approach. Warranty work represented 62 percent of his fixed gross income five years ago; today that has dropped to 12 percent, he says.

Bill Estes was happy with the price he paid for the Chrysler store. “These people really wanted to get out of the business,” he says. “That multiple was very, very fair.”

But pricing in general is unreasonable these days, says Estes. He looked at a Dodge store in Indianapolis that was priced at $10 million although it was only making $250,000 a year, he says. He looked at a Nissan store, but the price was “outrageous.”  That’s why he is partial to rural dealerships, says Estes.

Estes says he is willing to pay more than the publics, who price strictly on a multiple of what is on the financial statement.

Now that his son is in the family business, acquisitions are part of the Group’s plans. It will consider import franchises, but “I am not going to pay stupid money for an import store,” says Bill Estes.

He’s okay with domestic franchises, if the location is good, he says. “I would take a bad franchise in the right location. I’m cocky enough to think I can make it work.”