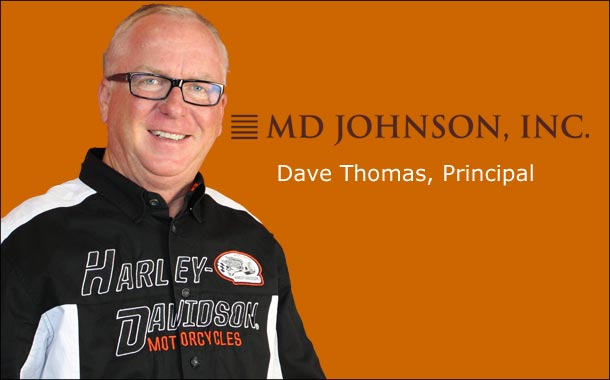 From selling cars to selling Harley-Davidson motorcycles, not as big a leap as you might think

If you are, or have been a successful car dealer, will those skills and that knowledge translate into successfully running a Harley-Davidson dealership? It can, but be prepared for a different kind of customer, says David Thomas, a principal at buy sell advisory MD Johnson, Inc.

“Nobody has Lexus and Toyota tattoos,” says Thomas.

Thomas knows whereof he speaks. He transitioned from owning a family car dealership group to owning and operating one of the most successful Harley-Davidson dealerships in the country.

“There is a learning curve, but if you are a good operator, there is an opportunity to excel” at operating a motorcycle dealership, Thomas tells Automotive Buy Sell Report.

But, the gross margins on a new Harleys are 20 percent plus, says Thomas. A luxury car dealership might see four percent. The biggest margins are on touring bikes, he says, which can sell for up to $40,000.

His Boise store was also selling $1800 per unit in finance products on top of the 20 percent gross margin.

“Getting into the Harley business is one of the best things I ever did,” he says.

From car dealerships to Harley stores

The Thomas family owned a car dealership group in The Dalles and Hood River in Oregon that included 13 franchises and $120 million in annual sales. The family sold the group in the early 2000s and Thomas left the dealership business.

He bought his first Harley, a Softail Fatboy, when he was in Oregon. Thomas was hooked. He now owns a Softail Slim and a Street Glide.

He was living in Arizona when a friend in Spokane, Wash. who owned a Harley store asked Thomas to come run the store, Thomas jumped at the chance. In 2003, he moved to Spokane and “turned the store around,” says Thomas.

In 2005, Harley-Davidson asked Thomas to buy the Harley dealership in Boise, Idaho. By 2013, it was one of the top five in the U.S. for net sales.

But Thomas had sons living in Oregon and he wanted to get back to the West Coast. So, he sold the Boise store to his brother. A GM runs the store now; his brother, who lives in San Diego, is not involved in day-to-day operations, says Thomas.

While arranging to sell the Boise store, on a recommendation from a Lexus executive Thomas met with Mark Johnson, president of MD Johnson, Inc. After the Boise store was sold, Thomas started the motorcycle dealership buy sell business at MD Johnson.

The Harley buy sell business is very active, says Thomas, but consolidation is occurring. Most of the dealerships are sold to larger Harley dealers. However, Harley-Davidson limits to six the number of Harley stores that one individual can own.

Unlike the auto dealership business, Harley-Davidson does not allow private equity or publicly-owned companies to acquire its dealerships.

The Harley accessory gold mine

Tattoos are on the light side of what Harley fans will do to show their devotion to the famed brand. People have engraved Harley-Davidson on their teeth with gold inlay, been buried with their Harley, and been pushed in a wheelchair to a dealership to buy a new bike after being hospitalized by a Harley accident, says Thomas.

Given that love of the brand, the real gold mine with Harley stores is parts and accessories. Top dealers averaged $5,700 in parts and accessory sales per unit sold in 2016 with a 38 percent profit margin, says Thomas. Accessories includes everything from a chrome exhaust system to custom gauges, lights, and wheels.

Harley dealerships also sell merchandise such as leather coats, gloves, helmets, boots – “everything a customer needs to look cool on a motorcycle.” Dealerships average $3,000 in general merchandise sales per unit with a 43.2 percent margin.

There is considerable untapped opportunity at Harley stores, says Thomas. Many Harley dealers still don’t put much focus on pre-owned sales, where profit margins are 18 percent or more.

At his Boise store, coming from an automotive background, Thomas was used to taking in pre-owned vehicles as a trade-in. “We took in cars, motorhomes, everything as trade-in,” he says.

When he got into the motorcycle business, most customers had to arrange their own financing, says Thomas. Now Harley-Davidson offers financing for bike and accessories.

Harley-Davidson looks for dealership buyers who are enthusiastic about the brand, says Thomas. It favors buyers who love to ride, are well-financed, and can take the dealership to the next level.

Those who can are in for a wild ride.

““There is no other product out there that crosses financial and ethnic barriers like a Harley-Davidson,” says Thomas.