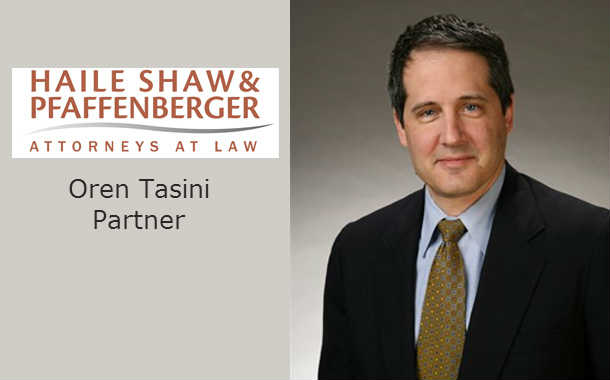 A technological revolution is coming to the automotive industry; perhaps it is already here. Though it is impossible to predict the effect that electric and autonomous vehicles will have on automotive retailers, it is likely to be disruptive. In the industrial revolution, from 1895 to 1904, a single decade, only slightly more than 150 manufacturing enterprises survived out of more than 1800 that existed; mergers and bankruptcy thinned the herd.

The predictions about when electric vehicles and AVs will gobble up market share are focused on 2030, with agreement that these vehicles will have received consumer acceptance. Predictions vary as to how much of the market they will capture. Some predict the extinction of the combustion engine — Volvo just announced that, beginning in 2019, it will no longer design combustion-engine only vehicles. Instead, all its engines will include some form of electrification. That Volvo is owned by China’s Geely Group, a privately-owned automaker based in the world’s biggest market for new cars, is worth noting.

Whatever the time frame and the penetration rate, the effect of autonomous vehicle technology on the automotive retail system will be momentous. The new entrants to the AV market (or electric or hybrid) such as Tesla, and Alphabet are not going to use the existing retail network to sell their brands; they have publicly said so.

Brick and mortar retail is dying everywhere; e-commerce continues to grow rapidly and now exceeds sales from traditional retail outlets. Walmart and Google just announced an online sales alliance to combat another online retail giant, Amazon. The retail movement online won’t stop with consumer goods and electronics. The vision of a Taj Mahal dealership on every corner is outdated. These new entrants see it is a failing model. Manufacturers can read the news too. Genesis has just announced a plan to “consolidate” its dealer network.

Yet existing manufacturers continue to force unreasonable and unnecessary facility requirements on dealers. And the stick is getting bigger.  Many dealers today depend on incentive money for survival, and this money is tied to facility upgrades and metrics such as sale effectiveness based on sales in a designated geographic area. These methods of doing business will soon be outdated. Many dealers will be stuck with huge fixed costs for dealership buildings and real estate which give no return on their investment.

Because no one can predict the future, dealers need to assert their rights now, and they are. The ongoing battle between Tesla and traditional dealerships provides one example of how existing laws protect the value to consumers of the franchised dealership model.

For example, a recent case in Utah banned Tesla from selling its luxury electric vehicles through a Tesla subsidiary, ruling the state’s dealer law prohibited it. A lawsuit in Texas brought against Jaguar Land Rover by one of its dealers required the manufacturer to pay the dealership treble damages upon finding that Jaguar Land Rover unjustly forced the dealer to pay back sales incentives received under the “Business Builder” program.

Claims are also available under the Robinson-Patman Act, a federal law which prohibits discrimination in pricing, such as a program in which one dealer qualifies for incentives and another does not.

So, what is a dealer to do in this uncertain future?

Rule Number One:  Know your rights and what you need to prove to assert them. (I could shill for lawyers who know what your rights are, but that is so obvious, it goes without saying.)

Rule Number Two:  Document everything (this is of equal importance to Rule One). Every letter, program bulletin, or unsatisfactory CSI or sales effectiveness report has to be refuted with a letter contesting the factory missive with facts and data refuting the factory claim. A dealer’s DMS and CRM system are powerful tools to collect the data needed in any litigation. There are many qualified experts and economists who can assist you in distilling your data to support your claim.

Rule Number Three: Support NADA, your state association and politicians who advocate for your rights. Legislation moving through Congress to enact a federal uniform law relating to autonomous vehicles contains a provision preserving state dealer laws. Successful advocacy by NADA and others was instrumental in inserting this language into the pending legislation this protection. And a uniform federal law on AVs makes sense for everyone. Good policy sometimes makes good law.

The legal implications of technology and AVs are many. The legal framework is in place to address these issues, or the laws will be adjusted accordingly and then applied. For now, the front page story is about the what ifs, such as criminals hacking your car. But the more important story is the here and now.

The outcome of the economic forces is difficult to predict. But one thing is clear, the fight is on to control the retail space. It is unlikely to be won with a large expanse of real estate stretching into the horizon, full of inventory. Dealers need to be proactive to protect their rights and refuse to cave in to unreasonable manufacturer demands for unneeded and expensive retail space.

The school yard bully always backs down if you stand up to him. Dealers need to send a strong message to manufacturers. There is great opportunity. There is great risk. Dealers are successful because they are great entrepreneurs. They are up to the challenge.