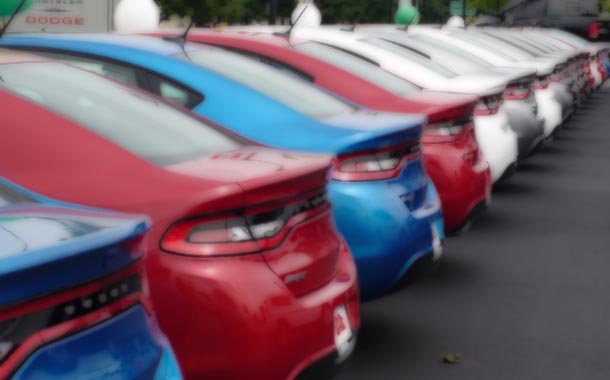 Collaboration and communication tools for survival in dealership of the future

Is the traditional dealership on its way out or does it have a bright future? That was the question addressed in a recent webinar hosted by The Rawls Group titled “Automotive and Dealership Trends for the Next Decade.”

The conclusion seemed to be that dealerships – even smaller, single-point dealerships – will be around in some form for quite a while. But a dealership’s ability to survive and thrive in a changing environment will require an understanding of the needs of the next generation of dealer principals. Greater collaboration with manufacturers will also be called for.

Dan Gavin, a principal with Bernstein Private Wealth Management, part of money management and investment firm AB Bernstein, moderated a panel consisting of Dan Schneider, a partner with The Rawls Group, and Glenn Mercer, an auto industry consultant and author of The Dealership of Tomorrow: 2025.

Importantly, there isn’t going to be a mass exodus by Millennials – those born between the early 80’s and the early 2000’s – out of the car market, says Mercer. In the last few years, as that group of consumers has gotten jobs and had families, they have “moved into the car-buying market with vigor,” he says.

Though Millennials may not have the love affair with cars that characterized some past generations, that’s okay, says Mercer. “Once you have a child or two, it is out to the suburbs and get a car.”

A bit more concerning is the long-term impact mobility services such as car sharing and subscription services will have on demand, say Mercer. While he dismisses the term mobility service as “a fancy word for a taxi,” Mercer admits that “we don’t know how far (mobility services) will penetrate” the market. Still, he is optimistic that the impact will be muted.

“In 2025, we thought the SAAR would be 20 million,” he says. “Maybe the impact of all these mobility services is 18 million rather than some sort of apocalypse.”

A more immediate concern for many dealers is the question of succession. The dealership business has traditionally been a multi-generational affair, but the next generation of dealer principals is losing its appetite for the business.

Communication is crucial in solving this issue, says The Rawls Group’s Schneider. Ask your children what their fears and concerns are regarding the future of the family business. Find out their definition of success.

Prepare to accept that taking over the dealership may not be the best career for your preferred successors, he advises.

“The key is communication,” says Schneider. “Find out what they really want and try not to push what you think they should be doing onto them. Be open to the idea that your children may not want to be part of your business.”

Dealer-manufacturer relations are not at an “all-time low,” but they are not especially good, says Mercer. He sees two trends. The bigger a dealership group becomes, the more its interests overlap those of the manufacturer, he says.

On the other hand, smaller dealership groups, particularly those that are privately-held, don’t have good manufacturer relations.

Manufacturers have discovered that state dealership associations “will fight them tooth and nail” over unpopular policies such as facility image programs. So manufacturers are finding new tools to control dealerships, including using backend payments, says Mercer.

Rather than being combative, try to maintain a collaborative relationship with manufacturers, advises Schneider.

Pay attention to exactly what the manufacturer asks for and “put metrics around what you want to have happen in your dealership,” he says.

What does the manufacturer see as sales effectiveness? Volume? Market penetration? New/used mix? Customer service scores? Know the manufacturer’s expectation in important areas and try to work with them, says Schneider.

“The key to maintaining rapport [with the manufacturer] is to realize each party has reasonable expectations of the other,” he says

Processes and procedures are key – have you made it easy to do business with customers or are they having to” camp out for a day” to make a purchase?

Having a good relationship with your employees is an important element of customer satisfaction, says Schneider. Those employees drive customer relations.

“It is still a relationship business,” he says.

The importance of relationships in the automotive retail business is why some family-owned dealerships may survive in this age of consolidation, says Schneider. In rural areas, where mobility services are often not practical or available, customers often prefer in any case to do business with a dealership they know.

“Even in urban areas, some people might prefer buying from a family-owned business,” he says.

Mercer has “mild optimism” that some smaller stores will survive, especially small rural dealerships. The U.S. has a rural population of 60 million that is not expected to grow, but also not shrink, he says.

He advises small rural dealerships to “to diversify, selling and servicing RVs, large trucks, and other non-passenger car types of vehicles.

“I am not predicting a glowing future,” says Mercer. “But I can’t see how these communities won’t not be served entirely.”