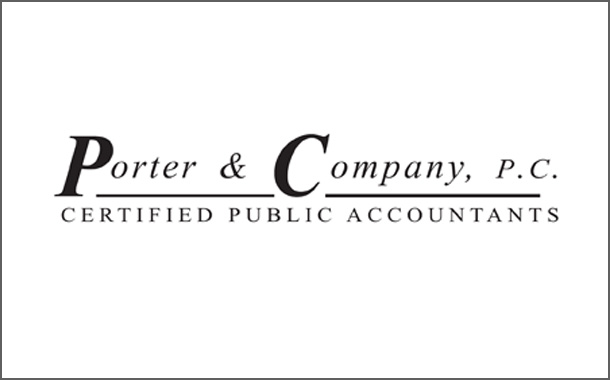 What is “X” and does it matter?

This is the first is a series of columns by C. Gregory Porter.

Recently there has been a lot of press about rising multiples and whether this is a good time to sell a dealership. Dealer brokerage firms regularly publish articles and data about recent buy/sell transactions.  Automotive News frequently addresses the topic, NADA discusses it in seminars and 20 Groups, and the topic of multiples of “X” has become hot conversation these days.

The consensus of the publications I read and lectures I attend seems to be that this is a great time to sell a dealership because profits are generally good and rising; the big groups (public and otherwise) are looking to grow and acquire stores; lending rates are low;  the banks have finally started to figure out they need to lend money to make money; Wall Street greed is stirring again and they are securitizing riskier paper and finding buyers for it;  finance companies are buying deeper and deeper which is allowing dealers to sell more cars, accelerate sales, and thereby profits. By all accounts, if you want to sell a store anytime in the next few years, this seems to be the opportune time.

The recent published data I have seen also shows that multiples (X) are higher than they have been in several years and will likely continue to trend upward.  Certain franchises are –as always –hotter than others, thereby commanding a higher “X” and more detailed analyses show the trends for demand of certain franchises is growing while others is shrinking based on the multiples buyers seem willing to pay.

This is, of course, an oversimplification because “X” is highly dependent not only on franchise, but market size, location, concentration, and many other factors important factors.  As any dealer in the car business knows, a small Mitsubishi store in a weak market just isn’t going to bring the same multiple as a big Lexus store in a strong market with limited competition (apologies to Mitsubishi – hopefully your day will come).

So why is everyone talking about “X” so much these days and is that always what drives the deal?

“X” is discussed more frequently today than you may have seen in previous years because of the prevalence and influence of the publicly-traded dealer groups (AutoNation, Sonic, etc.) and the metrics by which they are measured.  The publics have the ability to leverage “X” in a way privately-held groups cannot. When a public group buys a store for 4X, or four times earnings, and their stock is trading in the market at 8X-12X, or even higher, they have instantaneously created double or triple the value they pay for the store because their stock trades at a higher multiple of “X” (assuming they can operate the store as successfully as the seller did).

The inverse of “X” is Return on Investment (ROI) or Return on Cash Flow (EBITDA). Both are expressed as a percentage and are the same as what dealers analyze on any significant investment they typically make.  If a dealer is looking for a 25% or higher ROI and a target store being evaluated is making $500K a year net profit before taxes, then theoretically the acquiring dealer would be willing to pay up to $2 million for the store which would be a 4X multiple of earnings.

This is the basic valuation model the publics and larger dealer groups use when initially evaluating a deal. The assumption of course is that the buyer will operate the store at least as profitably as the seller in order for the buyer to realize the return they want on the risk being taken.

The quality of the earnings used in these calculations is important and a significant amount of the due diligence in a sale to a public company is based on analyzing the quality of those earnings.  In transactions between private companies, the quality of earnings is generally less critical because the buyer typically assumes they will do a better job of running the dealership that the seller is doing and usually sees opportunities for improvements in the operations of the store which the buyer will realize that are not reflected in the statements.

In these transactions types, the sales and gross profits are important along with certain key expenses (rent and other fixed overhead, etc.) but the acquiring dealer will typically utilize their operating models and expense ratios to analyze and pencil the potential deal rather than placing much emphasis or concern on the quality of the financials of the seller.

What happens if “X” is negative (i.e. the store is losing money)? Does that mean the seller must pay the buyer to take the store off his hands?  What if there are no earnings such that “X” is infinite or a ridiculously large amount where it would take many lifetimes to theoretically see a return on investment?

I have been in a few situations where a seller would happily pay a buyer to get rid of a store losing handfuls of money over a long period of time. However usually the store (franchise) has some value and the seller is unwilling to give it away, even if the losses are real. Sometimes losses on the financials are due to write-downs, tax maneuvers, accelerated depreciation, etc. which must be identified and taken into account. Such adjustments to the stated earnings are known as Normalization Adjustments and will be the topic of a future column.

Buyers have many reasons for acquiring a deal, some or many of which are non-financial. In those situations the buyer cares little about the store’s current performance and “X” in relation to the current dealer operations is never a consideration.  I have seen deals where the acquiring dealer has paid seven-plus figures for a store losing money because it was their closest and toughest competitor.

By buying and closing the selling store the acquiring dealer realized higher grosses and more market share for many years to come thereby creating an alternative return on investment strategy which had nothing to do with the selling dealership operations. The relationship of the selling dealer’s profitability (or lack of) to the sales price (multiple of “X”) had no correlation to the transaction price and if such metrics had been used, the deal would never have closed.

Bottom line:   While consideration of “X” is a good metric to use in an initial analysis of a potential acquisition, it is but one of many, many factors used in deciding whether to buy or sell a dealership. Variations and deviations from the concept of using the typical “X” will be explored in more detail in future columns.  Stay tuned…..

C. Gregory Porter is a principal at Porter & Company P.C. CPA, a firm of certified public accountants in Greensboro, NC.  He can be reached at cgporter@porterandco.com or 1-336-370-1000.

He is a member of AutoCPA, a professional group of accountants whose primary focus is automotive dealerships.