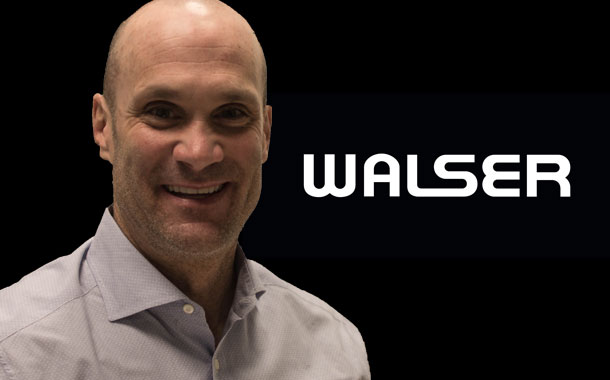 In October, Andrew Walser took over as the sole CEO of Walser Auto Group, a family-owned dealership group in Minnesota. His older brother Paul, who previously shared the CEO responsibilities, is now focusing on mergers and acquisitions and manufacturer relations.

“Paul felt like the company is in a good place,” Andrew Walser tells Automotive Buy Sell Report. “He said, ‘I would rather be out looking for mergers and acquisitions.”

As the Group grows, it looks to its unconventional business practices to help it succeed.

The Walser Group has already been busy this year in the buy sell sector. In October it acquired Polar Chevrolet and Polar Mazda in White Bear Lake, MN. In July, it acquired Wayzata Nissan in Wayzata, MN.

That added to an already substantial franchise count. The Group now has some two dozen dealerships representing nearly every domestic and foreign brand.

“We have always been intrigued by growth regionally,” says Andrew Walser. He thinks Midwesterners understand Walser’s business model – which focuses on one price and one point of contact. “Would it work in other places?” he says.

In Kansas, apparently. They felt that “Wichita is a lot more Midwest than down South,” he says, and they liked Wichita’s size – around 400,000 people.

The Wichita Luxury Collection added seven luxury brands and 10 franchises to the Walser Group. “Every single brand down there was one we didn’t know,” says Andrew Walser, “and we weren’t in the luxury game.”

The addition of luxury brands alerted the Walsers to something they hadn’t put much focus on before – the importance of building and maintaining good relationships with the manufacturers.

With mass market brands that had thousands of dealerships, the connection wasn’t close, says Andrew Walser.

Not so with luxury brands. “When you are not at a Porsche meeting, they know you aren’t there,” he says.

When they went to their first Lexus dealership owners meeting in September, says Andrew Walser, “It was like walking into a fraternity. Lexus dealerships don’t change hands a lot; it is important that the top people in the company know Walser and know Paul and know Andrew.”

In his new role, Paul will be making sure they do.

A visit by Subaru of America president Tom Doll also drove home the importance of getting closer to the manufacturers. Walser was awarded a Subaru open point in St. Paul in this year. The dealership will open in 2018. It is the second Subaru franchise for the group.

After three hours with Doll showing him the group’s operations, the Subaru president said, “You really should do this with the other OEMs.”

Says Andrew Walser: “That really connected with Paul. Do we know how the other OEMs perceive of us and how we do business?”

The Walser Group does have a unique business approach. In 2000, it began using a one-price model. It has also eliminated its F&I office. Salespeople handle that now. The Group offers only four F&I products.

It has paid off. They are now at $350 profit per car, higher than when they had an F&I department, says Andrew Walser.

The main limitation to growth, says Andrew Walser, is people. “The dealerships that are going to win are going to be able to attract talent, grow it, and keep it,” he says.

Every general manager in the Walser Group except one started with the group as a trainee, adds Walser.

Turnover in the dealership business is rampant – the most recent NADA Dealership Workforce Study found the turnover rate for dealership employees in 2016 was 43 percent, up three percentage points compared to the previous study.

The Walsers fought that trend by, in 2011, changing to a non-commission compensation pay structure and offering 13 weeks of training with guaranteed income and a career path.

It went after Millennials with shorter work weeks to allow a better work-life balance, “more consistent with what the Fortune 500 firms were offering,” says Andrew Walser.

He credits Candice Crane, now Chief Talent Officer with Walser Auto Group, with convincing them in 2009, when Crane was VP of Dealer Solutions at Hireology, that a change was needed to attract younger employees.

“She convinced us we gotta go down a whole different path, fish in different ponds [and] offer other things,” says Andrew Walser.

The Walser Group looks to technology to solve customer “pain points,” as Andrew Walser refers to them. It has its own proprietary software that allows its sales people to go from “A to Z” with a customer, he says.

It will continue to look to software and other technology solutions to solve issues as it grows, says Andrew Walser.

His brother Paul will be busy sniffing out possible acquisitions. Top on its list of franchises to acquire? It wouldn’t mind a Volkswagen store, but “Ford would be the biggest piece of our portfolio we would like to have,” says Andrew Walser.