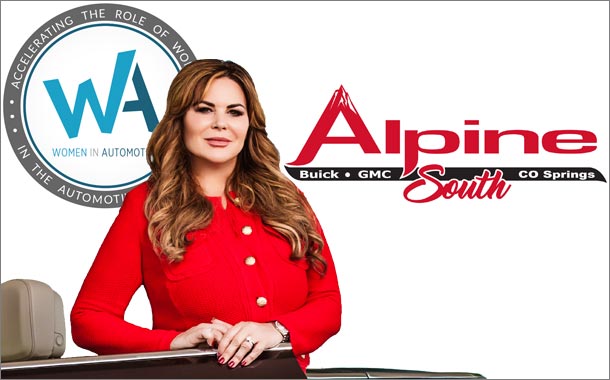 Ivette Dominguez operates dealerships in Colorado and Illinois, pretty far-flung geographic locations. It has required letting go of that urge to manage every little detail in each store, she tells Automotive Buy Sell Report. But there is another key aspect to success.

“You obviously have to have trust the people you partnered with,” says Dominguez.

They have known Jones, whom Dominguez calls a “pretty remarkable operator,” for three decades during which “Rick and I have been friends, colleagues, and mentors,” she says. “It seems to work pretty well.”

Dominguez and Drawe go to Illinois every other month or so for consultations. They and their partner talk daily and interact through banking reps, operating systems, and other online management tools, she says.

Sanchez has been with Dominguez for more than a decade and is an investor in the dealership. “She is a trusted partner,” says Dominguez.

Standardized systems and training are crucial when operating stores in different locations, says Dominguez, “to ensure each of the dealerships meets our high standards of service and sales.”

They created a training program themselves, she says, using best practices from both locations.

Now that the group is growing, she is looking to hire a trainer, says Dominguez, perhaps someone with a teaching background.

“We have been talking about outside of the box kinds of people,” she says.

This trainer would work with all five stores; they hope to hire in the first quarter of 2019, says Dominguez.

Focus on minorities and the military

Dominguez is the first minority dealership owner in Colorado Springs and minorities, especially the Hispanic community, is a special focus for her. The former owner didn’t have a big minority focus, says Dominguez. Acting GM Sanchez is bilingual, as are many of the staff in their dealerships.

They are also very involved in the communities their dealerships are in, says Dominguez. She is researching Colorado Springs for opportunities for community involvement. They have already had a “mini” community event there, a vendor fair working with the military.

Colorado Springs is home to an army base, two air force bases, and the U.S. Air Force Academy.  “(The military) community is key,” says Dominguez.

They will duplicate an event held each year in Denver, sponsoring photos with Santa and hot cocoa, plus Santa sleigh rides. “A little small way to introduce ourselves,” she says.

Women and children are another community focus. In Colorado Springs in December, Alpine will donate $250 for every new car sold, $100 for every used car sold, and $25 for every service repair order to Children’s Hospital of Colorado, which is building a facility in Colorado Springs. The program duplicates a fundraiser at the Denver dealership,  and dealerships in both locations have donation boxes and posters about Children’s Hospital.

One element of successful expansion, Dominguez stresses, is hiring good people. Good relationships with financial institutions helps, as well. Inventory management has also been key. They were able to acquire the inventory from a terminated franchise in Denver, she says.

“Sometimes it is hard to acquire inventory when you grow,” says Dominguez.

As for the dealership business in general, “I think everybody is preparing for a little bit of a downturn,” she says. “But we feel we are set up. The dealerships we have purchased haven’t been high dollar acquisitions. We don’t have a lot of debt.”

They figure the group, which doesn’t have an umbrella name, could comfortably grow to ten stores, says Dominguez.

“For right now, we are happy with what we have and will focus on those,” she says.