The importance of a dealership group’s DNA

It was on kayaking trip in South Carolina that the seeds of Jon Gray’s eventual acquisition of a Nissan franchise in Costa Mesa, California, were planted. Gray and his wife, and John Garff, CEO of Ken Garff Auto Group, and his wife, all chose kayaking as their activity on an FCA dealer reward trip. 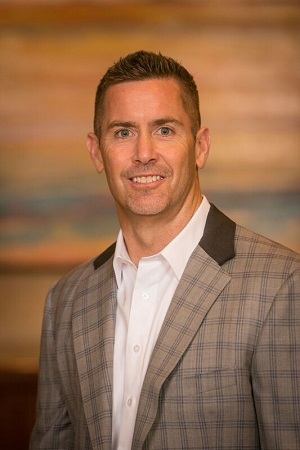 A month later, Gray got an unanticipated call from someone at the Ken Garff Group asking if he was interested in acquiring a Nissan franchise in Costa Mesa.

While he “didn’t wake up thinking about” buying the Nissan store, it made sense, says Gray. His other stores are in Costa Mesa, and he lives in the Southern California city.

The store officially became Orange Coast Nissan in December of 2016. As he monitors the new store to ensure it melds well with his group, Gray is keeping his eye out for future acquisitions.

There are some brands he would like to acquire, says Gray. But he sees another element as the key to successful expansion.

“It has to do with the people equation,” he says. “You grow at the speed that you have the people” to manage the new stores.

“Rooftops need culture,” he says. “As relevant as a playbook might be, somebody has to execute that strategy and lead the team on a daily basis.”

Gray spent 90 days at the new Nissan dealership. His aim: “To make sure our DNA is culturally executed,” he says. “I am there to get it going.”

Then he passed the day-to-day reins to Joe Ingram, the dealership’s new general manager. He already had Ingram in mind when he acquired the store, says Gray.

Ingram was working as the general manager of another Nissan dealership and so knew the manufacturer’s “secret sauce,” something Gray valued. “With OEMS it is not apples and apples.”

The importance of culture

Gray remembers every detail about the first car he sold, in Seattle, Wash. at Town & Country Jeep dealership.

“It was a red Grand Cherokee,” says Gray. “The buyer’s name was James McManus. It was a really great feeling.”

He has been in dealerships almost his entire life. Gray’s father became an AMC Jeep Renault dealer when Gray was around 10 years old. He and his brother would sweep the lot. His father was a dealer for some 25 years; Gray has been a dealer operator for a decade.

His first dealership was the Chrysler Jeep dealership in Costa Mesa that his dad owned. Gray, who was general manager at the time, started the buy in process in the early 2000s. He quickly acquired the Dodge franchise down the road and brought all three brands under one roof. He also has RAM there now, as well. The former Dodge facility became Orange Coast Alfa Romeo and Fiat.

Gray is still the general manager at Orange Coast Chrysler Jeep Dodge, but he has a management team that executes on a daily basis, says Gray. He has general managers at his other two rooftops.

He aims to keep very open communication with his staff – that’s part of the Orange Coast culture. An example of how that is executed, he says, is the quarterly meetings he has with his service lane techs at the Chrysler store.

They discuss what the techs need to do their job better “because the machine is moving so fast, I might miss it,” says Gray. “It is a partnership.”

He also uses that time to “overcommunicate what is important to me.”

That culture can’t be overstated, says Gray. When closing on the Nissan store was imminent, the Ken Garff organization allowed him to meet with the staff there “to see if it would be a good fit.”

Some of the original staff stayed after the ownership change, some left, he says. Gray was very involved in recruiting new staff to ensure they shared the same core values.

My mom told me once don’t ever hire someone you wouldn’t have dinner with,” he says.

A team atmosphere has been part of his family’s dealerships for 36 years and Gray aims to keep that going.

“It is important that employees understand they need to perform, but as part of a team that matters and is doing good things” for the other employees, for the customers and for the community, he says.

Hanging on to good employees who can pass on the Orange Coast culture will be important as the group continues to grow. Gray would like to diversify his holdings to give him protection against market fluctuations, he says.

At the same time, he likes to stick with brands – and manufacturers – that he knows. That helps smooth relations. Gray is on the Chrysler Dodge Jeep dealer council, for example.

“If I had five different brands, I couldn’t be on five dealer councils or advertising associations,” says Gray.

On the other hand, he has his eye on some franchises he doesn’t already own, including Honda and Toyota.

He compares building a dealership group to deciding on what stocks to put money in a mutual fund.

“You want a certain amount of As and Bs, maybe take a flyer on some C” level investments, says Gray.

He doesn’t say what franchises fall into each category.