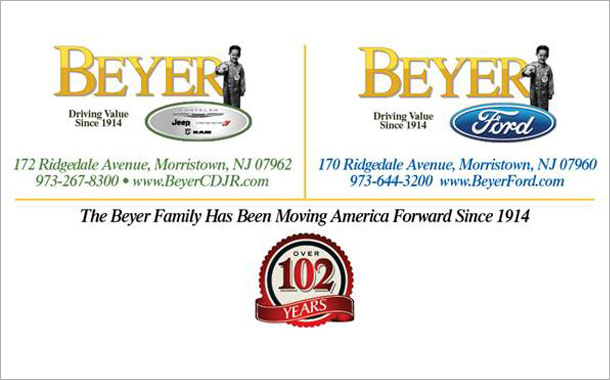 Until 2011, the Beyer Family Automotive Group was focused on selling and servicing fleet vehicles. Then it acquired several dealerships that were more heavily into retail sales. That forced the Beyer family members to learn a new side of the business, and fast.

“Retail wasn’t a business model we were very familiar with,” Bridget Beyer tells Automotive Buy Sell Report. “[But] we learned it quickly. It was a good fit.” 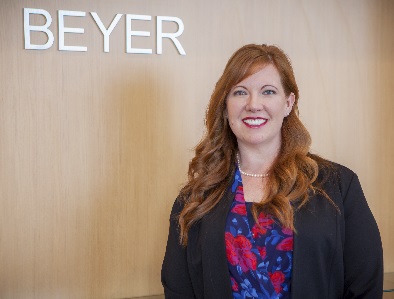 As it turns out, some lessons they learned in retail also helped grow the fleet business. Now, Beyer is expanding on the fleet side and looking to add more retail stores.

“We’re looking to grow the business and put pieces in it that make sense,” says Beyer.

They’re actively looking for a Chevrolet franchise, and though she has been called [by her sister], a “domestic diva,” Beyer also likes Toyota franchises. She’d like to stay in New Jersey, but is open to other nearby areas. No matter the location, Beyer looks for specific aspects in a potential acquisition.

Beyer isn’t interested in luxury brands. That is a different business model, she says.

From bicycles to trucks

The Beyer Family Automotive Group begin life as a bicycle repair shop, started in 1914 by Beyer’s great uncles. When they left to serve their country, her grandfather took it over and turned it into a gas station and vehicle repair shop. Beyer’s father took over in 1964 and transformed it into a GMC franchise located in Ft. Lee, N.J.

Then occurred one of the several apparent misfortunes that were actually turning points for the Beyer’s business. In 1979, the state used imminent domain to claim the Ft. Lee location. The GMC dealership moved to Fairview, N.J. It was a blessing in disguise, says Beyer.

With more space, her mom and dad took on the Volvo truck line. “Our history is deeply rooted in the commercial fleet business,” says Beyer.

In 1993, the family took over a 30,000 sq. ft. building in Fairview to expand their wholesale parts business.

The fleet business was rolling along when another apparent misfortune led to the move into retail – in 2009, GMC discontinued its medium duty truck line. The Ford dealership in Morristown was originally seen as a way to fill that gap in the fleet product line.  They acquired the Chrysler Jeep Dodge Ram dealership, next door to the Ford store, as part of the deal. The acquisition was finalized in 2011.

Suddenly everything changed for the Beyer family. They had to learn to sell cars and trucks on a retail basis.

At the same time, the Beyer Family also expanded its fleet business dramatically by acquiring Fleet, in East Hanover, N.J. Housed in a 10,000 sq. ft. building, Fleet is responsible for upfitting 2,000 police cars a year as well as other commercial and fleet upfits. Upfitting refers to adding specialized equipment that is not included by the manufacturer.

“On November 30, 2011, the day before the purchase of our three new stores we had one location and 70 employees. On December 1, 2011, we then had four locations and 220 employees. The first six months of assimilating all of that was a blur.”

Their business mix went from around 80 percent fleet to nearly 80 percent retail, at least at the Ford store. Their approach to marketing also changed, says Beyer. For one, they created a business development center that handles all the businesses.

They were told that a fleet business development center should be different from retail because the fleet customers would need more information than retail customers, says Beyer. But the Beyer’s created specific word tracks for the BDC people handling fleet sales. When the conversation progresses, the customer is handed over to a specialist.

They also jumped into digital marketing, initially for the Ford store but later for fleet as well. “It has definitely improved our fleet business,” says Beyer.

The F&I side of the retail business was completely different from the fleet business. Beyer hired consultants, but she credits the F&I manager she inherited at the Ford store with making the transition a lot easier.

They have also been doing some renovation. The Chrysler facility was image compliant, but the Ford store hadn’t been renovated since the 1950’s. The men’s bathroom even had wooden tiles in it, says Beyer.

Beyer Ford’s new facility just has its grand opening. “You come into my store now and it is beautiful,” she says. “You feel great. All the employees love it.”

Through it all, retail sales have soared. Even during the renovation, when the region was flat, Beyer Ford’s sales rose by 12 percent, says Beyer. She credits team work for the success. “We build teams,” she says. “When you have a team, they take the mountain together.”

The Beyer Family Automotive Group is very much a family business. Bridget is chief operating officer, her sister Barbara is chief financial officer, and her brother Michael runs Beyer Airfield Services and heavy duty lines. Her father Emil also comes into the store every day. “He works bell to bell,” says Beyer. “He is my best salesman.”

Besides adding retail franchises, they are also expanding their whole sale parts business. Based in Fairview, it is huge and growing, selling $1 million a month in wholesale parts. The Beyer Group delivers North, South, East, and West within a two hour or so range. Now, they are working to establish a service and parts business in upstate New York, says Beyer.

To keep all their existing and future employees happy and healthy, Beyer has started a Wellness series. She brought in meditation guru Dean Sluyter for a workshop and gave all employees the opportunity to attend without punching out. Around 50 participated.

Now, Sluyter is returning for an evening of meditation at Beyer Ford, a nutritionist has given a talk, and a fitness coach will create a summer challenge for Beyer employees.