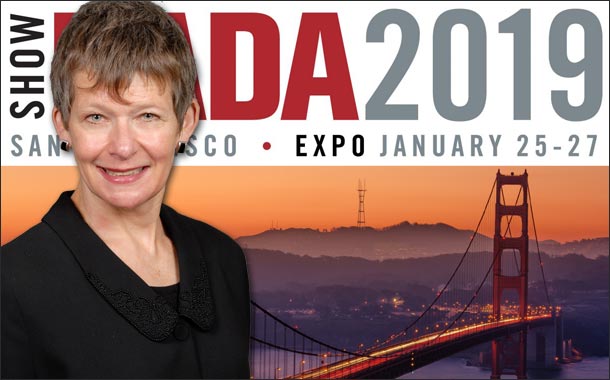 Sales look good for the next few years and digital is the future, say NADA speakers

SAN FRANCISCO — Dealers are optimistic about 2019. That’s the general feeling coming out of this year’s National Automobile Dealers Association meeting last week in San Francisco. But there are some headwinds.

Despite talk of younger consumers avoiding traditional car ownership, when they get married, have kids, and move to the suburbs, they will buy vehicles, says Manzi. That underpins the leveling off of sales.

Those vehicles are likely to be light trucks. Cars’ share of the market has dropped to less than 31 percent, he says.

The used market will continue to be a bright spot for dealers in 2019, Jonathan Banks, J.D. Power vice president of vehicle valuations and analytics, told a full house at the J.D. Power Auto Summit.

The supply of used vehicles three years old or less should rise by 2.5 percent in 2019 compared to the previous year to 10.5 million vehicles, but fall 1.5 percent in 2020, he says.

“We think the used car market is poised to offer huge opportunities,” says Banks. Gross margins on used cars are better than new by a 2.1/1 ratio, he says.

Used vehicle prices have reached their highest level since late 2015, but are still a bargain in the face of ever-higher new vehicle prices.

It is 51 percent cheaper to buy used than new, and monthly payments are 31 percent lower, says Banks.

“When the gap is like that, you have a huge opportunity to switch buyers” from new to used, he says.

The used segment also offers a way to get cash-strapped Gen Z buyers into the market, he says. Indeed, Gen Z buyers – those born in the mid-90’s to early 2000s – are already predominantly buying used cars, says Banks. Of Gen Z purchases in 2018, 63 percent were used.

Dealers need to embrace the digital world to increase awareness of the used market among Gen Z, he says. For example, many young buyers don’t know about certified pre-owned programs.

Manzi echoed that. The rising gap between new and used prices will “likely result in more consumers, especially younger and more value focused consumers, shifting to the used vehicle market,” he said. “This is a great opportunity for dealers to get these customers into nearly-new certified-preowned vehicles.

There are some headwinds going into 2019. Transaction prices aren’t the only thing that are rising – so are interest rates. Rates will likely increase twice in 2019 and move closer to the Federal Reserve’s three percent target, says Manzi.

“For dealers, rising interest rates will increase their floorplan costs, which has resulted in dealers being more selective with the inventory they stock,” he says.

After years of super-low rates that turned dealerships’ cost of holding inventory into a profit center, flooring has become an expense again.

“I don’t believe in 2019 most dealers are going to see any income out of (flooring),” Greg Dougherty, a partner at Crowe LLP, tells Automotive Buy Sell Report. “It is a major concern for them. I have dealers that, based on inventory levels, their interest expense is going to be up 30%.”

The threat of tariffs on imported vehicles and parts is another potential headwind, says NADA’s Manzi.

But consumer confidence will remain high in 2019, he adds, and gas prices will stay low.

But he urged dealers to plan for a different retail environment in the future. Digital wholesaling and retailing “is the way the world is going,” says Schwartz.