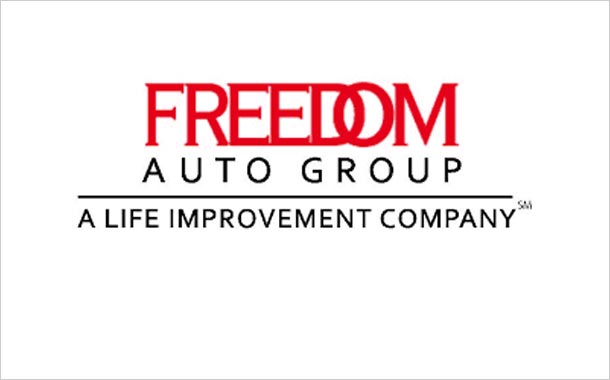 In 2006, the year Freedom Auto Group was established, its employees collected canned goods to give to area food kitchens. That was satisfying, but the Group – and its employees – wanted to do more. So they did. 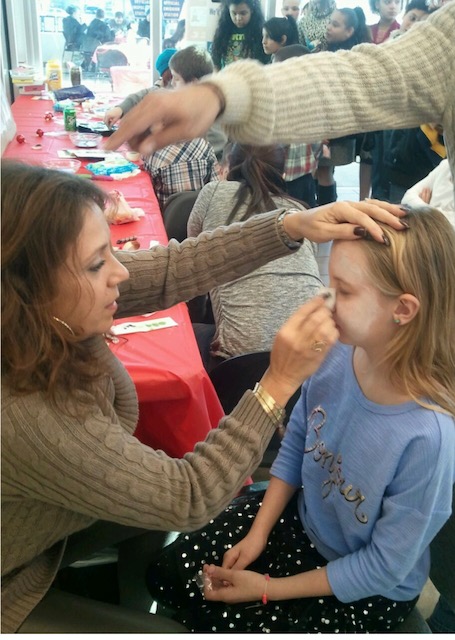 Last Christmas, the dealership group based in Harrisburg, PA held a party for 237 families who names were provided by community organizations such as the Salvation Army and The Boys and Girls Club. There was food, of course. But also presents, face-painting and games for the kids, manicures for the women, and a Wheel of Fun game for the men.

“It was an amazing day,” says Evelyn Chatel, co-owner of Freedom Automotive Group.

Freedom Auto operates on the principle that doing good is good business. That has turned out to be a successful strategy for the growing group. They see themselves as not just selling cars, but also improving people’s lives.

“Our model is we are here to serve our customers, our community, and our co-workers,” says Chatel, whose title on her business card is “Servant Leader.”

Her salespeople – who are called “Life Improvement Specialists” – aren’t pressured to get a commitment from a customer. That has created a lot of trust between Freedom and its customers, says Chatel.

“Our customers feel better-treated, they feel valued,” she says. “They don’t feel they need to look over their shoulder” while shopping for a car.

The Group donated some $250,000 to non-profits in 2017, and it pays its employees for any time spent working for non-profit organizations.

Those employees now number some 250, up from 75 when Freedom started. 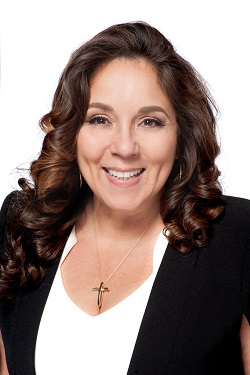 In 1967, when Chatel was just three years old, her mother, Chatel and her two siblings came to the U.S. from Cuba through the Freedom Flights program. Her father had to stay behind, though he was able to join them two years later.

Chatel credits seeing her mother work hard to make it alone in a new country and seeing the aid her family received from charitable organizations with inspiring her to work as a “servant leader” and to give back to the community.

At age 18, impressed with her friendly personality, a friend recruited Chatel to work as a greeter in the service lane at World Ford in Miami. She moved up through the ranks, becoming service director.

Asking lots of good questions helped her succeed in the dealership world, as did having good mentors, says Chatel.

Chatel was recruited by AutoNation and served as general manager for seven years at what was then Maroone of Pembroke Pines Chrysler Dodge Jeep Ram.

Her time in the service department gave her a good understanding of the whole dealership business, says Chatel. It was invaluable experience given the importance of fixed ops in today’s environment.

“The back end keeps us afloat,” says Chatel. “The front end is so compromised because margins are basically stripped out.”

With her background, she can see the service experience from both a customer’s and “a woman’s point of view,” she says.

Chatel has been to plenty of meetings where her male colleagues were mistakenly greeted as the dealership owner.

“I could tell 100 stories of things that have happened to me,” she says. One instance stands out, however.

In 2004, while working as general manager at the AutoNation dealership, Chatel won a prestigious award given to only 20 dealers in the United States. Part of the prize was a European trip. Her bags were the only luggage that was lost.

An FCA employee explained to Chatel and her husband how the problem would be dealt with. Chatel listened calmly. Another Chrysler dealer commented to Chatel’s husband that he was lucky because most dealer’s wives wouldn’t be taking it so well. Chatel herself was the dealer, of course.

The man who made the comment was Eric Savage, who is now her business partner and co-owner in the Freedom Group. Savage felt so bad about his mistake he insisted on taking them to dinner, says Chatel. They bonded over similar ideas regarding business practices.

Two years later, he was in the process of buying several franchises from his father and called Chatel to see if she would join him in the deal.

“Eric wanted to do things differently from the traditional way of doing business,” says Chatel.

Those two franchises – Hyundai and Toyota in Hamburg, PA– were the beginning of Freedom Auto Group. In 2009, through FCA’s minority program, they were able to acquire a Chrysler Jeep Dodge Ram store, this one in Harrisburg, PA. As part of that deal, they also acquired a Toyota franchise in the same location.

Chatel was the first female Toyota dealer in Harrisburg, and the only female Chrysler Jeep Dodge Ram dealer in the region.

She and her partner don’t have specific expansion plans, says Chatel. But like most dealers, they wouldn’t say no if a good opportunity came along.

Right now, their “new adventure” is installing a one-price, no negotiation, no commission business structure at their dealerships. It is due to launch on March 1. Under the new system, sales people – or rather “life improvement specialists” – will be salaried.

Why make that change? She and her partner decided, “This is the right thing to do in our market conditions today,” says Chatel. “Customers want an easy, clean, fast experience.”

Freedom Group has been preparing for the roll out for three months.

They needed the buy-in of all their employees to make this a success, she says. The Ryan Adams Group coached them on installing the program, but the employees determined the process, including what they wanted in a compensation package.

“It is important that the culture is there before you try to take this on,” says Chatel.