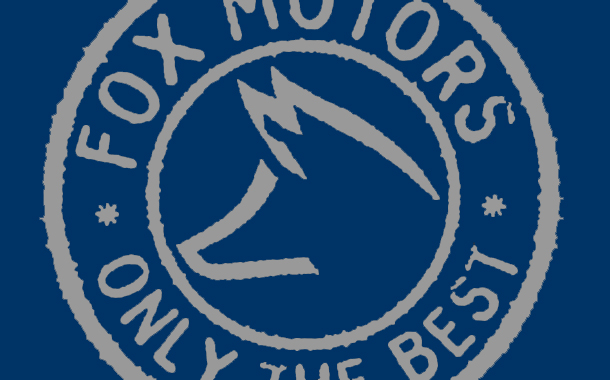 Fox Motors looks for growth outside of its Michigan comfort zone

Dan DeVos worked in the family business for 20 years before he caught the car sales bug. His father was co-founder of Amway, the huge health and beauty product marketing company and he was working there when he enrolled in Northwood University to study business.  Northwood also has a huge automotive marketing and management program, of course. But, “I was not even thinking of the automotive component,” DeVos told Automotive Buy Sell Report.

Still, he inevitably got to know a lot of automotive people there, including his roommate.

In the 80’s, DeVos invested in a Chevrolet Buick dealership in Ontario, Canada that his college roommate’s family owned (he is still an investor) and was hooked. DeVos left the family business and started to look for a dealership to acquire. That opportunity finally came in 2000, when he bought a small Saab store in Grand Rapids, Mich. Fox Motors was born.

“After that, we got our foot in the door, and other ops presented themselves over the years,” said DeVos.

DeVos  — which is Dutch for “The Fox” — and his wife Pamella are the owners. They initially stuck close to home as they grew, but the dealership group is now expanding outside of its Michigan roots. Not just any dealership will do.

“We start looking at stores [and] we start plugging numbers into our models and looking where we can make a difference,” said DeVos.

Those stores are getting tougher to find, however, especially with today’s high valuations.

“Stores are in pretty good shape across the board,” he said.  Nonetheless, the group has added stores regularly since Fox Motors was founded in 2000.

That has involved going outside its comfort zone in the name of growth.

For his first acquisitions, DeVos stuck close to Grand Rapids, where he was born and raised. “We like the small stores,” he said. “We feel comfortable in small communities, and we like to be involved and like our people  involved” in the community.

In early 2013 he acquired a Ford Lincoln store in the Chicago area. Doing business there “is a little different animal,” said DeVos.

Now, he is looking to grow between Grand Rapids and “Chicagoland,” he said, preferably within a three-hour drive of Grand Rapids. Fox Motors is well-represented in Northern Michigan, said DeVos.

The group has expanded primarily through acquisitions rather than being rewarded open points. It has also taken advantage of new franchises such as Alfa Romeo becoming available. He hears about available stores mostly through word of mouth, and he “is always talking to the manufacturers” to see if they know of any available stores, said DeVos.

Volkswagen is one franchise he would like to add. He would also like a Lexus store, said DeVos, “but those never become available.”

After the Saab acquisition in 2000, Fox Motors grew through baby steps. The first big step forward for Fox Motors was the acquisition of a group of six stores in 2003. That tripled the number of franchises the group owned. It now has 43 brands, but that also includes some power sport franchises, said DeVos. The stores divide pretty evenly between power sports franchises, domestic automotive franchises, and import franchises, he said. Ford is the most well-represented auto manufacturer in the dealership group.

Fox Motors has expanded primarily through acquisitions rather than being rewarded open points. It has also taken advantage of new franchises such as Alfa Romeo becoming available. He hears about available stores mostly through word of mouth, and he “is always talking to the manufacturers” to see if they know of any available stores, said DeVos.

The Chicago Ford Lincoln store just moved to a new three-story, 145,000 square foot LEED-certified dealership on Chicago’s North Side.  Fox Motors has also done plenty of renovations to meet manufacturer standards, said DeVos. The Audi store just finished a remodeling, and his Acura store is next in line.  “At some point in time you run out of options and have to move forward,” he said.

Fox Motors has a central office that handles finance, social media, facility upkeep, planning and construction, and legal matters for all the dealerships. “The general manager’s and floor manager’s focus should be on keeping the customer happy,” said DeVos.

It runs a mentor program with a local university for employees who want to advance at Fox Motors, and the group organizes training programs a few times a year. “We try to prepare so we have people ready when the opportunity presents itself at a new store,” said DeVos.

The mentor program is fairly new, he said. Until a few years ago, the Group figured it was large enough that it could attract and retain good employees. But it realized that if it wanted to keep employees with the Group for a long time, it needed to help them out with improving both their personal and work lives.

“We provide all the opportunities we can,” said DeVos.