What do the factories look for these days in a dealership management team? Information technology entrepreneur Ted Cucci thinks he has the answer. The new owner of a Ford dealership had no problem winning approval for the acquisition, even though he had no experience selling cars. 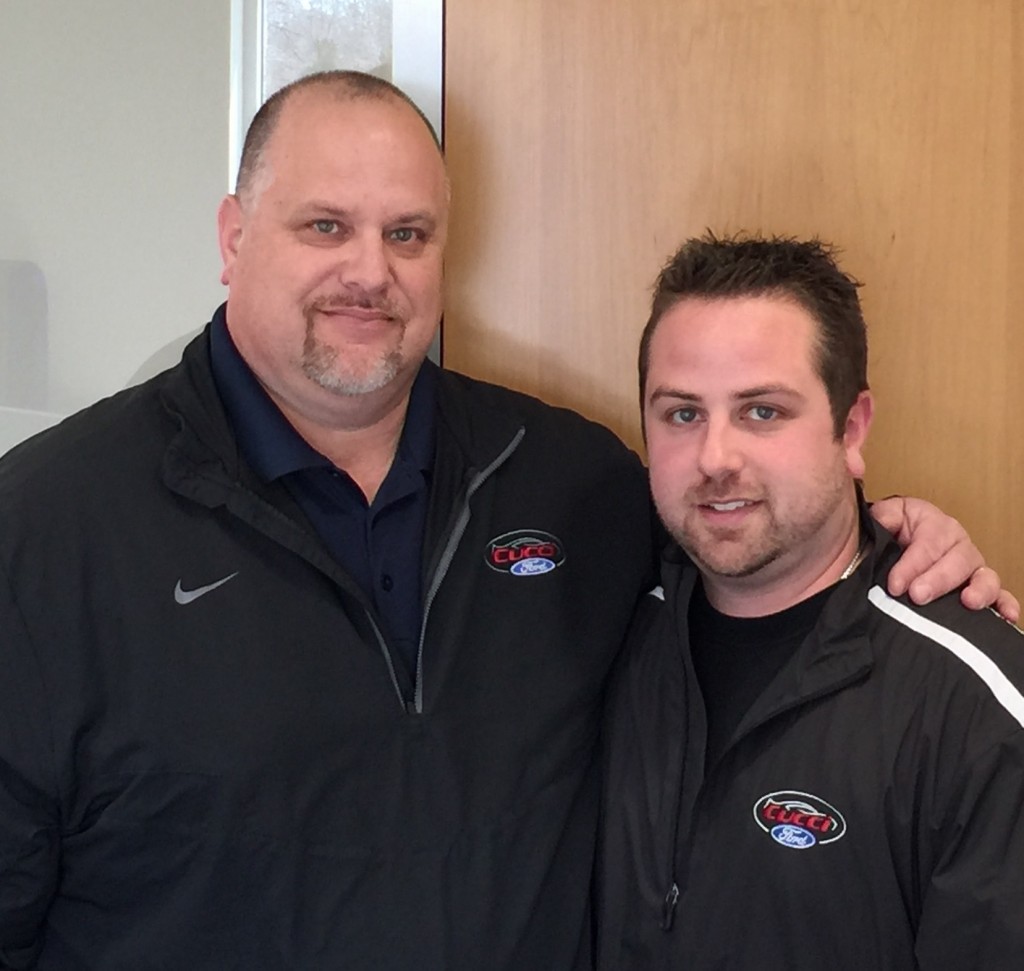 With his IT background, Ted Cucci, with son Nick, was well positioned for the new dealership trends.

“Ford ran us through the ringer, interview-wise,” said Cucci. “The money wasn’t an issue, we just had to show them we knew what we were doing front-end to back-end.”

From a certified fraud-investigator son who knew all aspects of search-engine optimization (SEO) and digital advertising to two former general managers, Cucci brought together the expertise he figured is needed to run a dealership today. It seems Ford agreed.

Once he gets the Ford store up to his standards Cucci aims to grow, applying the same formula to more stores.

“Our goal is to get five dealerships in ten years,” he told Automotive Buy Sell Report.

Cucci acquired Spring Hill Ford, now Cucci Ford, in East Dundee, Ill., in 2014 for around $4 million using money he had made through starting and selling several software businesses. In the late 2000’s, Cucci launched a domain registration business, InnerWise, Inc. / ItsYourDomain.com. “We were one of the first ten domain registrars to be accredited,” said Cucci.

Around the same time, Cucci was one of the founders of an online payment processing gateway, Network Merchants Inc., or NMI.com. That business grew more quickly than the domain business, so he sold the domain business in 2007 to concentrate on the payment gateway. In 2014, he sold NMI.com, which was valued at more than $200 million.

Although he kept some ownership in NMI, “I am a car guy at heart,” said Cucci. “I like to buy and I like to drive cars.” He has owned some 50 vehicles in the last six years, and has a lot of friends in the automotive industry, said Cucci. They suggested he buy a dealership.

Cucci looked at a lot of dealerships, but he thought he could do the most good at Spring Hill Ford. The dealership was only selling 30-plus new and used units each month and the facility needed major upgrading, he said. Cucci also figured he could do the most good for the community there. “At this point in my life, it is not about the money,” he said. “It is about helping people.”

Though he didn’t have experience selling cars, Cucci had a wealth of experience running successful IT businesses, and dealerships these days are to a growing extent IT businesses. Cucci was the Chief Operating Officer at the two IT companies he started, and his son Nick was responsible for the SEO, which also included the marketing and advertising for the two companies. It wasn’t just about keeping it in the family. With his vast knowledge in web design and managment style, Nick would be a well-rounded asset to any company, said Cucci.

“This is a dream team,” he said. “They are very good at their craft. That was the enticing factor for me to spend the more than four million on the dealership.”

Ford probably also liked it that Cucci committed upfront to renovating the dealership. Ford didn’t force him to renovate, but the dealership facility was “in bad shape,” he said. The $2.2 million makeover is in progress right now. Cucci figures the new look will boost sales immediately, and for sure generate some excitement among employees and customers.

“If you are in a 12-year-old used car, a beater, and it gets you to and from work, it is not exciting,” said Cucci. “The dealership was neglected for some time and is 24 years old. It needed a lot of TLC.”

Improved customer service is another sales-boosting strategy for Cucci. The dealership has hired Spanish-speaking salespeople to serve what he felt was an under-served Hispanic community.  He has also greatly expanded both new and used inventory.

It seems to be working. “In our third month we sold more than 107 new and used cars,” said Cucci.

Cucci Auto “Group” isn’t a misnomer.  His goal is to grow to five dealerships in ten years, said Cucci. Multiple dealerships are necessary to do bigger and better things, he figures. “I think the days of mom and pop dealerships are going away,” he said.

He would like to expand in Illinois, but “I’m open to other areas,” said Cucci. “If a good deal presents itself out of state that makes sense, I’d be interested. I will never turn away an opportunity, to at least look at it.”