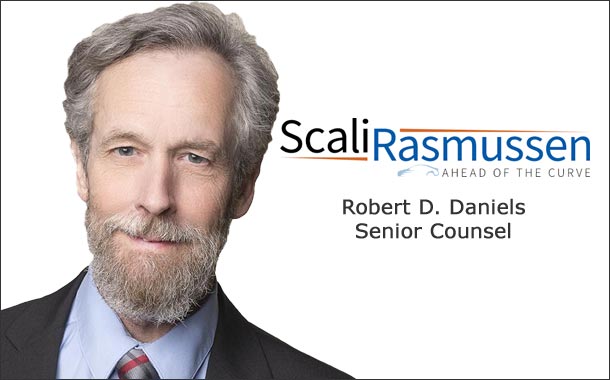 Dealership Forbearance Agreements: Negotiating an Acceptable Workout With a Floorplan Lender After Default

That case was an extreme example of misconduct by a flooring lender. Even when a dealer becomes out of trust on floorplan payments, (often referred to as “SOT”), it is unlikely the lender will terminate the flooring line and take back collateral. The lender will look for a way to resolve the SOT problem with the dealer, and try to ensure it will not reoccur.

This attitude on the part of the flooring lender does not necessarily arise from fear of being sued (as in the instance of the Nissan dealer) but may evince the lender’s recognition that a knee-jerk termination of the flooring line may result in a huge deficiency loss which may never be recovered.

In the event of an outstanding SOT balance, if willing to attempt to resolve the issue, the flooring lender will insist that any agreed resolution be placed in a written agreement, which will act as a limited amendment to the flooring agreement. If a dealer encounters this situation, he or she should heed the language in the resulting document.

Such a written agreement is generally referred to as a “Forbearance Agreement”. The seminal features of a Forbearance Agreement are to (i) spell out the manner in which the dealer will cure the default, i.e., pay the SOT balance; (ii) set forth the period of time (“forbearance period”), such as 60, 90, 120 days, etc., the dealer will be given to make that payment or perhaps find another flooring lender; (iii) put additional controls in place during the forbearance period, such as more frequent flooring audits and updated financial statements; (iv) provide for additional collateral security for the flooring lender to secure the SOT balance; and (v) provide for optional termination of the flooring line upon a “new” default.

1. Duration of Forbearance Period. This is the period of time during which the dealer will either fully pay the SOT amount or procure another flooring lender. Obviously, the longer the forbearance period the better for the dealer. What would be workable for a dealer depends on the circumstances of the case, but at a minimum the dealer should seek a 90-day period, though it would not be unreasonable to negotiate a longer period up to 180 days, especially if the dealer’s plan is to find a replacement flooring lender. The point is the dealer should get as much time as he or she believes is needed to accomplish the task–whether for payment of the SOT balance or finding a replacement lender.

2. Manner of Curing SOT Balance. A dealer can bargain to either pay the SOT balance, or in lieu of that, find a replacement lender, by the end of the forbearance period. If there are no prospects for a replacement lender, or the dealer prefers not to go that route, he or she should have the wherewithal to pay the SOT balance during the forbearance period. The dealer should consider alternative methods, such as paying down the SOT in increments over time, obtaining a loan to pay it down, or negotiating to wrap the SOT balance into a note payable over time or in a lump sum on a date certain.

3. Whether Existing Defaults Should Be Admitted. Flooring lenders will typically include a recital in the Forbearance Agreement that the dealer admits existing defaults (the unpaid SOT balance and/or other claimed defaults) under the flooring agreement. A dealer should resist giving that admission for several reasons. First, the dealer will be effectively waiving any defenses it may have (waiver, estoppel, course of dealing) to the SOT default in the event the flooring lender later goes to court against the dealer. Second, that admission could place the dealer in default with another lender if that lender has a cross-default clause. A recommended approach is to bargain for language that the flooring lender contends there are existing defaults, rather than the dealer admitting them, and that the dealer reserves all defenses.

4. Right to Cure New Defaults. The Forbearance Agreement will generally provide that the forbearance will terminate, thus allowing the flooring lender to terminate the flooring line if there is a “new” default by the dealer. Since a “new” default carries such serious ramifications, the dealer should negotiate for the right to written notice and an opportunity (10 days, say) to cure the new default to prevent an abrupt termination of the credit line.

5. More Frequent Inventory Audits. After the occurrence of an outstanding SOT balance, the flooring lender will want to impose stricter inventory controls, including the right to conduct frequent inventory audits, perhaps even weekly. Inventory audits can be disruptive and take valuable time from key employees, so the dealer should make every attempt to limit the frequency of such audits, such as limiting them to once a month absent any “new” default.

6. Deposit Account Control Agreement (“DACA”). Flooring lenders may insert a provision requiring the dealer and his bank to sign a DACA, which generally gives the flooring lender a degree of control over the disposition of funds in the dealer’s operating account. If a DACA is required as part of the Forbearance Agreement, the dealer should insist on a further provision that the flooring lender may not exercise any of its rights under the DACA to the account funds absent the occurrence of a “new” default, following the expiration of any cure period.

7. Default Interest. Flooring agreements generally permit imposition of a “default” interest rate if a dealer is in default. Such a rate can be significantly higher than the regular flooring rate. Many flooring lenders will insert a provision in the Forbearance Agreement that, since the dealer is technically in default because of the SOT balance, the default rate should continue to be applied to new flooring advances going forward. Since the dealer may already be experiencing cash flow limitations, a continuation of the default rate is probably not feasible – or fair. The dealer instead should propose that, absent a “new” default, the regular flooring rate should be applied to new flooring advances going forward.

8. Delayed Payment Privileges. Any delayed payment privilege the dealer has (paying off a floorplan advance within a stated number of days after sale or funding) will likely have been revoked by the flooring lender because of the outstanding SOT balance. Given the dealer’s likely cash flow limitations, it would doubtless be preferable – maybe even necessary – that the privilege be reinstated on new flooring advances going forward. The dealer should therefore seek such reinstatement (of course, absent any “new” default) in the Forbearance Agreement.

These represent some of the key issues likely to be included in any Forbearance Agreement, but there will be many others as well. The best approach for any dealer upon the occurrence or even expectancy of an SOT balance or other serious default, is to communicate any such problem to the flooring lender.

Such communication should occur early, and as often as warranted by the circumstances. This can demonstrate transparency and candor to the flooring lender and thus hopefully engender continuing trust, in turn facilitating meaningful negotiations and a forbearance agreement acceptable to the dealer. And, it is best if the dealer is represented by experienced legal counsel throughout the entire process.

Scali Rasmussen, with offices in Los Angeles, Sacramento, San Diego, Oakland, and Ontario, is a full-service dealership defense firm and represents dealers in matters ranging from transactions and corporate compliance to litigating franchise claims and disputes between dealers and among owners. The author can be reached at 213-239-5622 or RDaniels@scalilaw.com