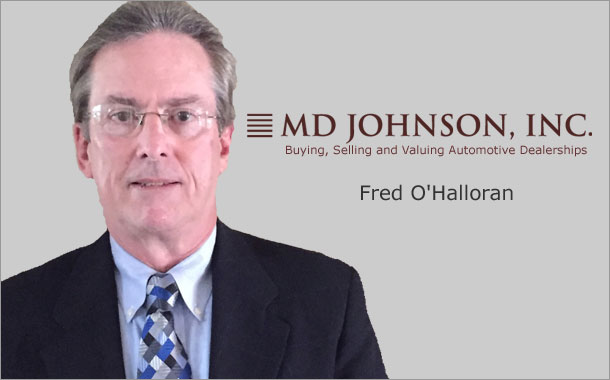 Are dealership values heading down? Not from what we see

I was recently discussing with a large private capital acquirer of dealerships the state of the automobile industry and the impact a slowing sales rate – the SAAR – will have on dealership valuations. This gentleman has been very aggressive over the past several years, however he has decided to take a little time off and see where the dealership values are headed.

He is convinced (or perhaps hoping) the values are on the decline. People within the industry have been trying to convince the rest of us that values are dropping for about a year and a half. One might ask why would these people do that? I think the answer is simple – this is the car business and no one wants to pay more than they must to acquire a business.

Before deciding who is right, we should probably look at the numbers. For the first two months of 2017, the selling rate in the US was a 17.6-million-unit pace. This is about the same rate for all of 2016, which as most of us know, was an all-time record. Between March and July, the SAAR has floated between a 16.4 to 16.8 million sales rate.

Some analysts think the industry has plateaued, some think we are at the beginning of a downhill slide. Others project we may end up with low 17 million sales, still a very strong market. The media unfortunately has been piling on saying the auto business is facing a dramatic downturn, which isn’t true. Currently, the truck and SUV market represents 63% of all new units sold in the US. Through July, new car sales are down 12%, however truck and SUVs are up almost 4%. The total is industry is off about 3% or 301,000 units.

Some of this reduction comes from fleet sales, the vehicles being sold by the manufacturers to big companies, rental companies, etc. So, in reality the decrease in sales for the first 7 months of this year is fairly insignificant, less than 2 new units per month per dealer. Not quite sure it is time to panic.

One aspect is that this is a slowly recovering economy – we appear to be a long way from peaking. The stock market is continuing to run at a record pace and absent any major political issues, most experts see no reason for the market or the economy to slow down. Unemployment is almost as low as it can go. Cost of money, while inching up, is still a bargain and appears to be plentiful.

While dealership values don’t appear to have declined, they have definitely leveled off. We see buyers a little less willing to pay for pro forma earnings and trying to keep the focus only on trailing earnings.

The decision to sell one’s business or businesses, especially if the company is a lifelong labor of love, is an extremely difficult one. It may take several years to make. This decision is almost like deciding to sell a member of the family. Many owners hope one or more of their children will want to take over and keep the legacy going. Today, unfortunately we are seeing more and more second or third generation successors say no to the industry.

So back to decision to sell. Once a direction is set the next question is when to sell. Most folks want to maximize their cash out. To some it means riding an economic boom for as long as you can, squeeze every last sale and dollar profit out of their companies before they sell. The problem with this concept is that when a buyer is willing to pay goodwill, he/she has certain growth and return expectations. Market conditions drive some of these considerations.

With a rising SAAR, it is easier for a buyer to justify paying some pro forma earnings as the buyer is almost guaranteed growth. Our challenge today is that the SAAR is not rising, so a buyer has to look for organic growth and improved efficiencies to justify his or her goodwill expenditure on an acquisition.

This tells us that the dealership values are still strong, it just becomes a little harder to get a little more. Many sellers have a preconceived idea of what multiples should be; someone told them, they read an article about goodwill multiples, a banker told them, a rep, etc.

The problem is, there is no arbitrary number on goodwill. There are way too many variables that impact valuation: regional market, actual dealer market share, fixed operation performance, manufacturer products, market demographics-growth, income, employment, etc. The true value of a business is determined by what the buyer is willing to pay.

This willingness is determined primarily on how well a store or platform fits in the potential buyer’s short- and long-range strategies. We recently sold a campus of 6 stores, it took discussions with over 36 organizations before we were satisfied we had accomplished our client’s goals. Another project we are working on has involved over 30 organizations reviewing this offering on the way to finding the right fit.

What does all this tell us? That the dealership buy sell business is good and dealership values in the near term seem strong. However, if a dealer is thinking about selling, he or she should consider selling in the near future, when one can still justify a healthy multiple.