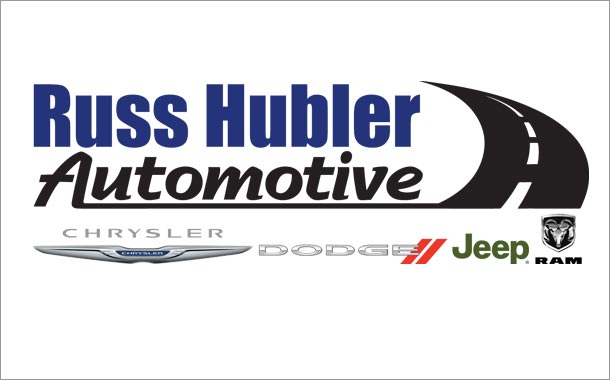 Russ Hubler acquired his first dealership on January 10. Becoming a dealer principal is a tradition in the Hubler family – his grandparents, parents, and siblings are all dealers. He is settling into his new role as owner of a Chrysler Jeep Dodge Ram store in New Castle, Indiana, and figures to work on improvements at that store for now. But Hubler already is thinking of expansion.

“We have the opportunity to bring in another franchise,” he tells Automotive Buy Sell Report. “But I have to make this one right first.”

His dealership is called Hubler Automotive to differentiate it from his siblings’ stores, which are also in Indiana. Hubler acquired the store from Maurie Goodwin, whose children were not interested in taking it over, he says.

Goodwin “didn’t want to sell out to a big conglomerate,” says Hubler. “He was very concerned about his employees and the community. That is near and dear to me (and) we just really hit it off.”

At 110 years, it is the oldest privately-owned dealership in Indiana, says Hubler. It is also the only franchised car dealership in New Castle, a town of some 18,000. The location – in a small town – appealed to Hubler.

“You can really make a bigger difference in a small community,” he says, (and) “really get to know the people. That is something I have always been passionate about.”

Hubler has already connected with the local Chamber of Commerce and Police Department. And he makes sure to greet all customers that come into the store. He will soon hold a mixer featuring local food and wine from a local winery. People in New Castle have noticed the changes at the familiar dealership, he says. 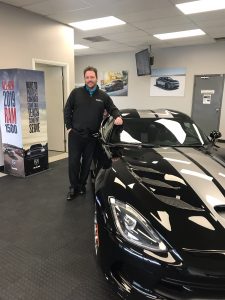 “They are really excited to have someone young and enthusiastic in here,” says Hubler, who is 35.

The dealership is not image compliant, but that doesn’t have to be addressed for several years, he says.

Hubler has sunk $100,000 into improvements including touching up the showroom – “If you were to walk into the store now you would say ‘wow’” – and putting new equipment in the service department. One investment is a $20,000 tire tread depth reader that a customer drives over to gauge if a vehicle’s tires need replacing. Hubler has paired that with a “Buy three, get one free” offer.

The investment is worth it, he says because “it is all about the quantitative data. It is not just telling the customer he or she needs tires.”

He inherited a “tenured and talented sales staff,” says Hubler, whose average tenure is 15 years. “It’s a very lean and mean organization, he says. The store’s monthly sales average had dropped to 38 units in January from an average of 80, but was already back up to 82 in February, says Hubler.

Used car sales is one area ripe for improvement, say Hubler. New Castle was the site of a now-closed Chrysler plant, and residents are still brand loyal. He buys used inventory from Chrysler, online auctions, and private party purchases.

“We have a big sign out front that says ‘Sell Us Your Car’,” a $200 investment that has already paid for itself, he says.

In the short term, his goal is “100 cars across the curb” monthly including 60 to 75 used. “There is a lot of untapped potential here,” says Hubler.

He is also looking to expand his footprint by acquiring a shuttered Ford dealership next door. That could become an expanded service and used car area or house another franchise, he says.

Runs in the family

The dealership business runs deep in Hubler’s family tree. Grandparents on both his mother and father’s side were car dealers, as was his great grandfather on his mother’s side. His parents met at a dealer conference. His father ran a dealership group before selling out 15 years ago, and his uncles own dealerships. His brother Greg owns two Chevrolet franchises and one Ford franchise; his sister Christi owns a Chevrolet store.

Russ Hubler worked in the business his entire life before acquiring the Chrysler Dodge Jeep Ram store with the help of his father Howard, who is also an investor in Christi Hubler Chevrolet. The three siblings have discussed forming a dealership group, says Russ Hubler, and already share some expenses.

When he is ready to acquire an additional franchise, Russ Hubler says he can’t pin down what franchise is of the most interest. He has clearly thought about it, however.

“We are a deeply ingrained Chevy family,” says Hubler. “But there is also room for a GM brand” in New Castle.