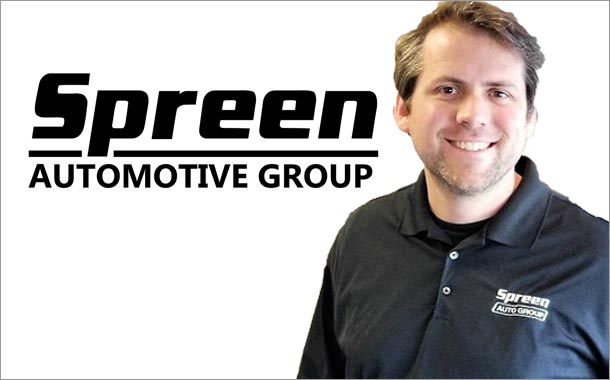 When Jeff Spreen acquired an Acura dealership in Riverside, CA, it was against the advice of his peers. They told him to “run away,” Spreen tells Automotive Buy Sell Report. But he saw strengths in the franchise, and weaknesses that he figured he could fix. So, he went for it. The dealership is now called Spreen Acura.

“Even if the brand was still selling and servicing the same amount of cars, I figured we could turn the store around,” says Spreen.

He is bringing in systems he has used successfully at his two other stores, says Spreen. Plus, he thinks the Acura brand is on the right track, and it fits in well with Spreen’s expansion strategy.

“I like stores that have opportunity and upside for me to go in there and add value,” he says.

Spreen acquired it from Hendrick Automotive Group of North Carolina in February.

Having a deep pool of managerial talent was key to his decision to buy the Acura store, says Spreen.

“I have some of the best high-level managers, and they can train the different departments and keep them on track,” he says. “Without that talent and energy, we would have passed on expanding.”

Among the changes he has already made is putting all the new and used inventory on the redesigned website. 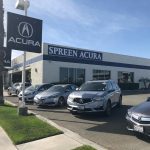 He boosted the advertising budget, changed the sales process, and installed his own used car metric, which Spreen calls “velocity value selling.” He uses different measurements to price vehicles brought in on trade and those purchased through the marketplace, says Spreen.

The goal is to have exceptional inventory turn and maximize potential opportunities on every vehicle, he says. “Every used car we take in has a different story,” says Spreen, “and being able to recognize those exceptional cars is an important metric.”

The Acura dealership also does a thriving parts business — up to four times larger than his Mazda dealership, says Spreen.

Location may have something to do with that. The Acura store is part of the Riverside auto center, a luxury his other two stores don’t enjoy.

“We haven’t even advertised yet and we have people walking in,” he says. “We have to have our game face on all the time.”

The Spreen management model has already been tested at the Honda and Mazda dealerships he owns in Loma Linda, just 15 minutes away by freeway.

He describes the model as putting more emphasis on the value of the deal to the customer and selling as many cars as possible to grow the service side of the business.

His prices are always in line with the “very aggressive” Southern California market, says Spreen. And, “we try to make the sales process as fluid and frictionless as possible.”

Spreen concentrates on growing his local customer base rather than trying to acquire buyers out of the area, so they will return to the dealership for service.

He knows that people come into the dealership with a lot of information and want to get out as quickly as possible. So, Spreen looks for bottlenecks in all phases of the sales process including lead management, appraising and presenting trade-in figures, and finance department wait times.

Spreen, 38, got his first computer at age seven when, he says, people were still using dial-up services like AOL and connecting over phone lines. He set up a bulletin board system in his home that allowed people all over the world to connect, “and I would link up with other systems to aggregate those communications into a larger network,” he says.

Those computer chops came in handy when Spreen started working at his dad’s Honda store after graduating from college in 2003. The store had one computer to run credit info, and the CRM system was flash cards in a box,” says Spreen.

By the time he took over as general manager in 2013, the Honda store had moved into the digital age. Spreen acquired 100 percent ownership of the Honda store in 2016 and opened the Mazda store on the same day in a building that had housed a Spreen Saturn dealership.

Getting hooked on the dealership business

Jeff Spreen’s grandfather Bob Spreen, was an attorney at General Motors. In 1952, as part of a severance package, they offered him a Cadillac open point in Downey, CA. GM didn’t think his grandfather would succeed, says Spreen, but Bob Spreen Cadillac thrived.

His father Greg took over the dealership, then sold it to the Penske group in the late 70’s. Greg Spreen bought the Honda dealership – at the time located in San Bernardino, CA – in 1984. He moved the store to Loma Linda in 1988.

Jeff Spreen studied real estate and business at the University of Arizona. Like many third-generation dealers, Spreen figured he would pursue another career – in his case real estate. Also, like many other third gen successors, he took a summer job at the dealership after graduation.

“Once I started working the dealership and got a taste for the business, I was hooked,” says Spreen. “There seemed to be so much more exciting supply and demand structure in automobile versus real estate.”

That was 2003, and beside Honda his father also owned two Saturn franchises, with the option to open more. But they saw the end coming for Saturn “before many did,” says Spreen.

His father was fully invested in the Saturn way of selling, and it took a lot of convincing, but they did close the stores, one in December of 2007 and the other in March of 2008.

“So, I learned very quickly how to unwind a store,” says Spreen.

He bought the Mazda franchise – then located in Redlands, CA – and the inventory, in 2016. The city of Loma Linda offered tax credits to move it there, so he relocated the store into one of the empty Saturn dealerships, says Spreen.

The Mazda store is doing pretty well, he says. It was selling about 30 units a month when he took over; that grew to 60 in 2017, and sales are up around 40 percent this year, say Spreen.

The Honda store has seen sales rise seven to ten percent a year, though growth has flattened out this year. “But we are still doing great,” says Spreen.

He has high hopes for the Acura brand. The new RDX is the first model representing Acura’s new design direction, and Spreen likes it. Honda Motor Co.’s decision to allow the U.S. design team to take the lead rather than splitting it between California and Japan has really helped, he says.

Spreen is looking to add more dealerships. Toyota tops his wish list, and Ford is up there too. No brand is off-limits, but some franchises are “untouchable based on price,” he says.

He would like to expand locally, but “I would jump on an airplane if the deal was right,” says Spreen.