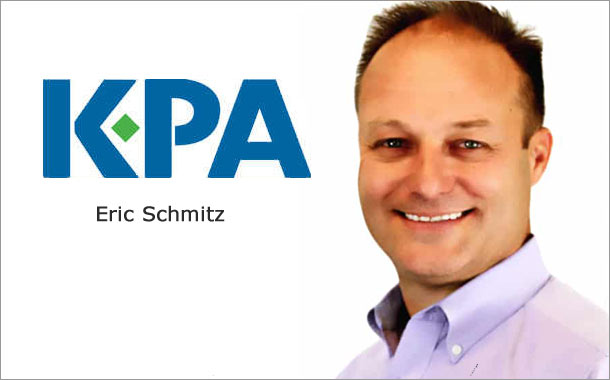 What does it take to survive a visit from the Occupational Safety and Health Administration?

For many businesses, it’s a million-dollar question—quite literally, as OSHA fines and the associated costs of compliance pose a serious financial impact.

The following information comes to us from Hannah Crawford, KPA regulatory analyst and environmental health and safety consultant.

When OSHA Shows Up

Let’s imagine OSHA is visiting your facility. You’ll be dealing with one or more OSHA representatives, known as Compliance Safety & Health Officers (or compliance officers, or CSHOs, for short). CSHOs are typically either trained in safety or industrial hygiene. They’re rarely knowledgeable about both sides. The compliance officer is usually more safety-oriented. If OSHA sends out an industrial hygienist, it’s for sampling purposes such as air monitoring.

When CSHOs show up, they have to first contact the owner representative, operator, or agent in charge. If such an individual isn’t present, they will give your facility about an hour to contact management before they count it as a refusal. Alternatively, you could just let them in anyway, but that’s never a good idea.

We hear the term “safety culture” thrown around a lot today. But does it mean anything?

Compliance officers are authorized to enter without delay and at reasonable times during regular work hours. They typically do not give any advance notice that they’re there. That said, they’re not going to show up five minutes before closing. They will likely show up in the morning, around between 8 and 10am, so they can spend the whole day at your site. If you operate a very large facility, they may decide to return the next day for more. In either case, they won’t keep you after hours.

You do have the right of refusal. You can turn them away at the door. They’ll document it and return with a search warrant at a later date. This can buy you about a week, at least. But when they do come back, as you might well imagine, they may treat you more harshly. For that reason, exercising one’s right of refusal generally isn’t a good option outside of extenuating circumstances like an absence of management on site.

Letting the Compliance Officer In

When you let that compliance officer in, please be nice to them. Attitude is everything. They’re human beings. If you rub them the wrong way, they’ll have fewer reasons to act friendly towards you, and they have a lot of power to make your life miserable, so be nice to them.

A compliance officer must present credentials, usually in the form of an OSHA ID card. It shouldn’t just be a business card—anybody can make those. They have to be able to prove that they’re actually from the federal government.conpcomp

Compliance officers are also required to conduct an opening conference where they explain the nature, purpose, and scope of the inspection. If the visit was triggered by a complaint, you should obtain a copy of that complaint from them. Note that they will not give up the complainant’s name, however, as that information is confidential and could lead to an unlawful termination or another form of retaliation.

At the opening conference, the CSHO will let you know which records they would like to review. If you have a lot of records, don’t simply volunteer your whole filing cabinet; ask them what they want and supply it to them.

The opening conference is also when the compliance officer will notify you whether they will be doing any testing, monitoring, or sampling during the visit.

Be sure to accompany your inspector as much as possible. Escort them at all times.

If possible, limit the inspection area. If the compliance officer wants to see one section of your property, for instance, you don’t need to take them through every other section.

Remember that OSHA is required to respect your trade secrets and keep things confidential. If you have trade secrets, let your CSHO know. You can tell them you’d rather not allow them in to a certain area unless they can prove they need to be there.

Keep in mind that many compliance officers bring cameras with them. They’re allowed to film and take pictures. If they see an issue, even if it’s not within the scope of their inspection, they’re likely to notice it and document it.

Companies are also allowed to take their own pictures and videos. You have a right to provide competing evidence. If the compliance officer snaps a picture of a container that doesn’t appear to be labeled, for example, make sure you check all the way around the container, and if you discover a label, take a picture of it. If you can find other containers in similar work areas or similar situations that are in compliance, take pictures of those as well, so you can prove that OSHA’s finding is not a facility-wide problem but an isolated incident.

Don’t volunteer unneeded information. Back when Hannah was an environmental regulator, someone at a facility she visited told her about an oil spill they had and boasted about the good job they did cleaning it up. What the company representative didn’t realize is that they now had an obligation to do groundwater monitoring and soil sampling. A visit is not a confessional.

Take copious notes. Ask your inspector questions. They’re supposed to tell you about violations they find if and when they find them. They can’t raise an issue later on and claim they failed to mention it.

If they discover a small violation, like a labeling issue, you may be able to fix it on the spot and possibly get away with no citations.

Finally, thoroughly explain your processes. OSHA inspectors are not very knowledgeable in many industries. They inspect so many different kinds of facilities that they can’t be experts in each one. As a representative of your company, it’s your job to educate them.

Eric Schmitz is the Senior Vice President of Business Development at KPA. KPA is the leading provider of Environmental Health & Safety (EHS), HR Management, and Finance & Insurance compliance software and services for mid-sized companies. Eric can be reached at Eschmitz@Kpaonline.com.