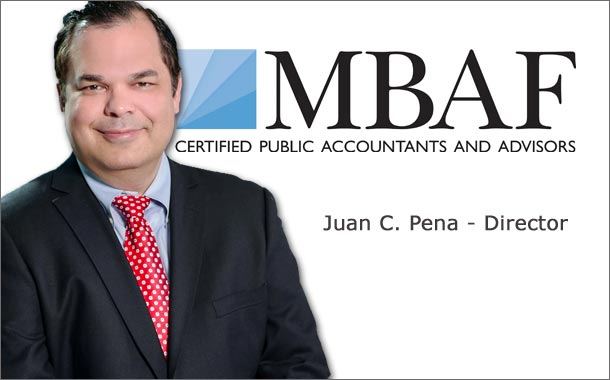 By Juan Pena, CPA, CGMA, director in the Audit Department and Risk Advisory Practice at MBAF

Anyone who has been through a buy-sell transaction knows that part of the process for taking over a newly purchased store involves transitioning the Dealership Management System (DMS) to the new owner on the day the buy-sell deal closes. Most owners choose to continue using the same DMS system already in place at the acquired stores rather than switching the new stores to the system in use by the already established stores. This usually makes sense, since the employees are used to the existing system and switching to a new system requires training and a proper implementation period. However, once the store(s) are operational, there are significant benefits to standardizing the DMS systems, taking that opportunity to standardize your accounts and reports, and even to centralize certain processes into a single “back-office” location.

If your dealership group is using different DMS systems, the accounting processes at each store will be slightly different. If your new stores are in close proximity to the existing stores, you will want it to be easy for workers to explore employment opportunities between stores. This will be much easier to do if all the stores are on the same platform.

Determine if Certain Tasks Can be Centralized

As an example of a back-office function that can normally be easily centralized, think about vendor payments. If you were to have an accounts payable (“AP”) department for all of your stores that works out of one location for your entire group, this would mean that you would be able to have an AP Supervisor leading a team of AP clerks who can be cross-trained and thus be able to enter invoices for any of the stores.

You probably won’t need as many AP clerks, but careful consideration needs to be given to the volume of work processed for each store. Other factors such as the distance between stores is also a consideration, but with current technology and some planning, most hurdles can be easily overcome. For example, for on-demand checks, a daily courier between stores can be established so that signed checks can be delivered. For most vendors, payments can be done by wire or ACH with no need for checks. This means that the AP supervisor can initiate the wire or ACH and the general manager for the store can be one of the approvers of the transaction, even if they are in different locations.

After centralizing and identifying an accounts payable supervisor as a lead, you can make him or her the only one responsible for answering vendor inquiries, entering new vendors or modifying vendor names or addresses in the system, and/or reviewing the supporting invoices before checks are printed. The biggest added benefit is that you can set your system up so that the accounts payable supervisor can’t enter invoices, resolving a typical risk that exists at most dealerships, which is that the accounts payable clerk can also add vendors and print checks. By segregating these tasks, there is no temptation for a dishonest clerk to add a fictitious vendor for a company he or a friend controls and print himself or herself a check. Such a clerk is only a forged signature or two away from stealing cash from your store.

Reaping the Benefits of a single DMS Platform, Standardized Accounts and Centralized Functions

Once you have centralized key processes and the DMS system and the chart of accounts are speaking the same language, the next step is to take advantage of this and implement robust reporting that will help identify problem areas as well as speed up the close process. You will want to have standardized daily, weekly, and monthly receivable, inventory, cash, and other reports, to manage the dealerships. With standardized reports, you will be able to compare performance across stores and compare key metrics and expenses by category.

With a well-implemented centralization of key back-office processes, your accounting back-office operations becomes a key driver to your success by watching your back with solid controls, while also helping you become more profitable.

Juan C. Pena, CPA, CGMA, is a director in the Audit Department and Risk Advisory Practice at MBAF. His primary responsibilities include automobile dealership auditing and consulting, including operational efficiency and internal control consulting. He can be reached at jpena@mbafcpa.com1- 305-377-9203