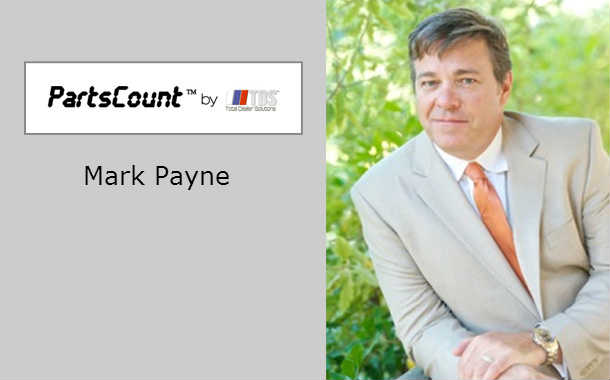 Over the years I have conducted many parts physical inventories for Dealership Buy/Sells. Unfortunately, by the time they call me, the contract has usually already been written and signed, and most of the time the parts portion of the Asset Purchase Agreement is not clearly defined. This leads to confusion on the part of both the buyer and seller, which can translate into costly last minute negotiations and, in some cases, a no-deal.

In most buy/sell scenarios, the buyer will inform their attorney that they do not want to buy any obsolete parts or non-returnable parts. Obsolete is typically defined as anything that has not had a sale in over 12 months, while non-returnable is anything that is not returnable to the factory. Seems pretty straight forward, right? Wrong!

Allow me to illustrate my point with an example. If the selling dealer previously bought ten engines at $5,000 each because they were trying to win a contest and they had only sold one in the previous 12 months, the buyer would be buying a ten year supply of those engines because the aforementioned engines would not be considered obsolete because one sold within the last 12 months and it is returnable. So since it seems to meet the “returnable” criteria, most dealers think, “No problem we can return it, right?” Wrong again! You can only return parts if you have return credits with the factory or if it is returnable under a factory auto order program like GM’s RIM, which I discuss in greater detail below.

If I were buying a store I would want my parts to purchase definition to read something along these lines. (Please consult your attorney for legal advice):

Buyer will purchase all Factory OEM parts at the most current Factory dealer cost price that meet the following criteria:

What the above verbiage accomplishes is that you are buying only parts that are moving, and the correct quantity of those parts. What you are also clarifying is how the return eligibility is determined. Some manufacturers, like Land Rover, do not have a return flag in the Price Tape so it needs to be addressed, in advance, how return eligibility will be determined. You do not want this to be taking place at the time of closing and jeopardizing the deal.

In the Land Rovers example, you would have had to either forego the returnable clause or actually submit a dummy return to the manufacturer with all of the parts. Then Land Rover would send back a listing of everything that they will accept as “returnable”. As for the Non Factory parts, it is customary to determine what you want at the time of closing. Typically, this includes products like chemicals, sold on the service drive, which the seller may sell large volumes of, while the buyer may not sell those same products at all or he/she may sell a different brand of those products.

In some cases, the dealership is on a factory program that takes over ordering of the parts for the dealership and in this case you may need to add a clause for those parts that would read something along these lines, (using GM as an example):

Typically, the selling dealer does not want the task of physically moving any parts and usually has no use for any parts that do not meet the above criteria. So, if I was the seller, I would want a clause in the agreement that obligates the buying dealer to buy those parts at a rate equal to what I could sell them for on the open market. Depending on the parts at hand, this should be a pennies on the dollar equation for example, 30 or 50 cents on the dollar.

However; use caution, because in the scenario of the engines above, the selling dealer should be able to move the engines with relative ease and little effort for a much higher ratio such as 80 cents or more on the dollar. In all likelihood, the sale would be to another dealer who may sell a large volume of those engines or has return credits with the factory which would allow them to return them and earn a profit.

It is also very important to know the specific factory return policies prior to writing the buy/sell agreement. I once had a dealer that was buying a Nissan dealership and they were obligated to buy all returnable parts. The closing was scheduled to take place in December. Nissan’s parts return is based on a return code which allows specific codes to be returned. One of the codes represents parts that will change to non-returnable at the end of the calendar year. In this particular case, the dealer was obligated to purchase returnable parts and would have bought $45,000 of parts that were coded as returnable at the time, however those parts were set to be non-returnable after December 31st.

Based on the date of the closing and logistics there would be no way to return these parts to the factory before year end because most factory parts depots have limited staffing for the holidays. If the contract defined returnable simply based on the code then the buyer would have had to buy the parts. We were able to establish and confirm with the factory that even if the parts were boxed and shipped after the closing, they would not be able to process it and therefore those parts would turn to the non-returnable code and not be eligible for return. By establishing this in advance, we saved the buying dealer from buying $45,000 worth of obsolete parts and advised the seller to consult with the factory and establish a special return of those parts, which was successfully accomplished prior to the closing.

So in this case, it was a good result for both the buyer and seller. When selecting a company to do the physical inventory for your buy/sell, be sure they have experience with buy/sells, and get them involved in the process before you sign a buy/sell agreement so they can evaluate and advise you on the specificity of the parts portion of the buy/sell agreement.

Total Dealer Solutions Inc. is a family of companies specializing in front and back end solutions for the automotive industry. The website is www.totaldealersolutionsinc.com.  Mark Payne can be reached at mark@markjpayne.com or 1-954-410-6368.