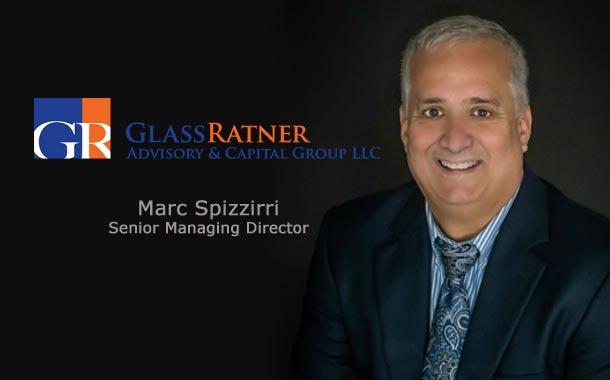 Prediction of the imminent death of the dealership model is overstated

The transport revolutions of the past – railways, gas cars and air travel – have shaped our cities and driven some of the most sudden and dramatic changes in society. It’s probably no wonder that transport is one of the first things we consider when we think about future technology.

In a few short years, people have gone from debating about whether electric cars will take off at all to arguing about whether and when they will be self-driving. Meanwhile, the leading edge of transport research and development has skipped ahead a mile.

Stanford University economist Tony Seba turned heads at an Asia-Pacific Economic Cooperation (APEC) conference in Wellington, New Zealand in November when he forecast no gas vehicles would be built after 2025. Dealers are well advised to take note that the technology landscape is a moving target, but not overreact to the Professor’s large claims.

He believes that, by 2030, most journeys in the US will be taken “Uber-style” in fleets of self-driving cars that will pick people up and drop them off.

In the United States “200 million cars are going to be stranded – useless”, said Seba, who is known for his bold forecasts. Gas-powered cars are set for the scrap heap in about eight years if the report out of Stanford University is accurate.

With the deceptively bland title ‘Rethinking Transportation 2020-2030’, the Report has gone viral in various circles but is causing anguish and anxiety in the established new car dealership community.

His report suggests that dealers will be extinct by 2024 and vehicles like the BMW i3 electric car will represent a future that that is inevitable. Cities will ban human drivers once the data confirms a correlation between human error and car accidents.

Prof Seba’s premise is that people will stop driving altogether. They will switch to self-drive electric vehicles (EVs) that are 10 times cheaper to run than fossil-based cars, with a near-zero marginal cost of fuel and an expected lifespan of 1million miles.

He maintains that only the nostalgia prone will cling to the old habit of car ownership. The rest will adapt to vehicles on demand. He says it will become harder to find a gas station, spares, or anybody to fix the 2000 moving parts that constitute the internal combustion engine.

The Report says that there will be a “mass stranding of existing vehicles”. The value of second-hard cars will plunge and that one will have to pay to dispose of one’s old vehicle. This could result in a “death spiral” for big oil and big autos, with ugly implications for some larger companies on the London Stock Exchange unless they adapt in time. The long-term price of crude will fall to US$25 a barrel and most forms of shale and deep-water drilling will no longer be viable.

Ford, General Motors, and the German car industry will face a choice between manufacturing EVs in a brutal low-profit market, or reinventing themselves as self-drive service companies, variants of Uber and Lyft.

The shift, according to Prof Seba, is driven by technology, not climate policies. Market forces are bringing it about with a speed and ferocity that governments could never hope to achieve.

The next generation of cars will be “computers on wheels”. Google, Apple, and Foxconn have the edge, and are going in for the kill. Silicon Valley is where the auto action is, not Detroit, Wolfsburg, or Toyota City.

“We are on the cusp of one of the fastest, deepest, most consequential disruptions of transportation in history,” Prof Seba said. The “tipping point” will arrive over the next two to three years as EV battery ranges surpass 200 miles and electric car prices in the US drop to $30,000. Low-end models are projected to hit $20,000 by 2022.

While EV sales still in their infancy and the likelihood that the professor’s timing may be off by some years, there is little doubt about the general direction of his Report and the potential impact on the dealership community.

Experts will argue over Prof Seba’s claims. His broad point is that multiple technological trends are combining to form a perfect storm. His Report falls short of drawing a nexus between evolving technology and a diminishing dealer population. Neither technology nor the disruption that comes with it is an exogenous force over which humans have no control.

For example, the majority of existing EV sales are motivated by government incentives and mandates. All of us are responsible for guiding this technology evolution, in the decisions we make on a daily basis as retailers, citizens, consumers, and investors.

I have no doubt that change is on the horizon for dealers and technology may be leading that change. We, as dealers, must develop a comprehensive view of how technology is affecting our lives and reshaping our businesses.

Dealers have a long history of resilience and I am confident that this unique class of retailers are not going away in the foreseeable future. The strong will always survive by adapting to evolving consumer behavior.  The key is to identify the need to change and react quickly.

As many dealers reinvented themselves to thrive in the current e-commerce era, those same dealers will still be standing as Professor Seba’s claims move closer to reality.

Marc Spizzirri is Senior Managing Director for GlassRatner Advisory & Capital Group, LLC (link), a specialty financial advisory services firm and wholly-owned subsidiary of B. Riley Financial, Inc. (NASDAQ: RILY). He can be reached at 949.922.1006 or MSpizzirri@glassratner.com.