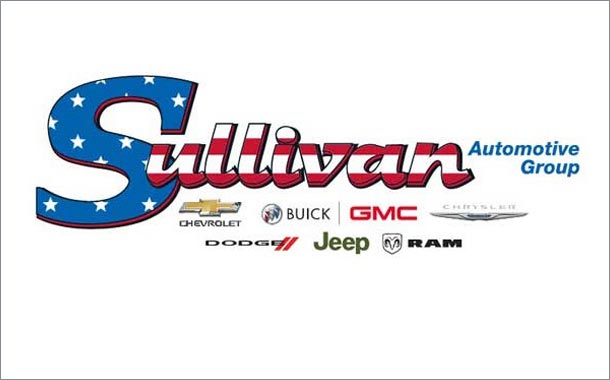 When Chuck Piano was forced to sell his share of a Nissan dealership after the death of his partner, he knew it was only a matter of time before he owned another store. It’s in his blood – Piano is a third-generation car dealer.

When he was introduced to Sullivan Chevrolet Buick GMC Chrysler Dodge Jeep Ram in Indiana, Piano saw this dealership was the one.

“It had all the franchises you could want and the people have been there a long time,” Piano tells Automotive Buy Sell Report.

The deal closed a few weeks ago. The business is now called Sullivan Automotive Group. Piano is taking stock of the dealership’s operations.  But he isn’t looking to make big changes unless he sees a real need.

All the employees said they wanted to stay under new ownership, and he kept all them all, says Piano. He made the general manager a partner.

Piano, 64, heard the Sullivan dealership was for sale from Performance Brokerage Services,  and was introduced to Rick Cox, the previous owner. Cox “helped me immensely” by working with lawyers to structure the deal so it could happen, says Piano.

BMO Harris Bank, a regional bank based in Chicago, was also key to completing the deal, he says. Piano says he has known the people at BMO Harris for many years. The bank reached out to help him acquire the dealership, he says. “They structured everything for me,” says Piano, and “made sure I had the capital.”

The dealership has been consistently selling between 30 and 40 new cars monthly and between 50 and 60 pre-owned units.

It also includes an RV center and a body shop. RV sales average 15 a month, says Piano. He is looking forward to owning a body shop, he adds, saying, “A lot of areas won’t let you put a body shop in.”

Sullivan, Indiana is a town of just over 4,000, but it is part of the larger Terre Haute Metropolitan Area, which has a population of some 170,000. There are five universities in the area, says Piano.

This is the first time Piano has owned domestic franchises. He is happy to make the leap from an import brand.

“I can’t get over how far advanced the domestic industry is,” says Piano. “The product is superior; the technology is good. Everything about the cars is nice. I was an import person for 35 years. I was shocked at how nice the [domestic] cars are now.”

Beware of the paperwork

Piano’s grandfather and father both worked in dealerships. Piano got into the business in 1971 working in sales at Al Piemonte Ford in Illinois. Eventually, Piano and Piemonte partnered on the purchase of a Nissan franchise in Melrose Park, Ill.

Piemonte died in June of 2016. It was then that Piano discovered his partnership agreement wasn’t what he thought it was. Piemonte’s estate decided to sell the dealership; Piano couldn’t stop the sale.

Piano has advice for anyone going into a partnership for the first time, even if the other partner is an old friend.

“Always beware of the paperwork,” he says. “Everything has to be in writing, and stamped. What people say and what they do are different things.”

Now at his own dealership, Piano has made one immediate addition – a business development center. His son Chad is in charge of it.

At his previous dealership in Illinois Piano learned “when you are in a major metro area you best have a really good business development department,” he says.

Cox, the previous owner, was already advertising across a variety of platforms, but Piano is going to boost digital advertising. He will also review the agencies the dealership is using. He likes to stay with local agencies, says Piano. “We are hopefully going to dominate our area.”

While Piano was in between owning dealerships, he visited a service department at a dealership to get an oil change. “I felt really nervous,” says Piano. He worried they would try to sell him something he didn’t need.

“Now I know something I didn’t,” says Piano. “I felt apprehension.”

Being in the customer’s shoes has strengthened Piano’s belief that treating the customer right is crucial to earning repeat business. The service department at his new dealership has high customer satisfaction scores, he adds.

“The clients seem quite happy,” says Piano. “To me that is the key.”