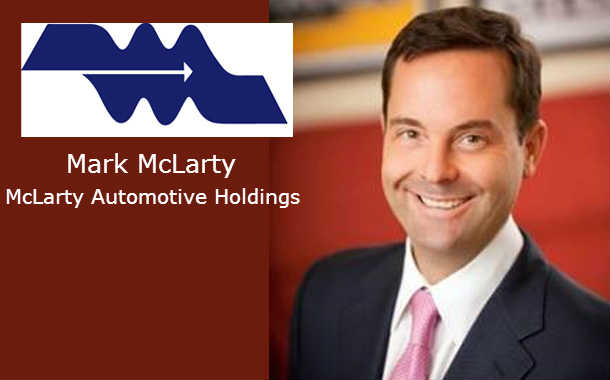 In 1995, the well-known McLarty family sold its nine-store dealership group to Asbury Automotive Group. A non-compete kept him from immediately starting another group in the U.S. so Mark McLarty, son of Thomas “Mack” McLarty, looked overseas for opportunity.

He went on to found and develop leading dealership groups in Brazil and China over the next 15 years. Now, he is once again looking to acquire stores in the U.S. through his U.S. holding company McLarty Automotive Holdings.

“I finally got to a point after years overseas that I could contemplate coming back to the U.S.,” said McLarty. “It has only been in the last year that I had the luxury to come back here.”

Based in Little Rock, Arkansas, McLarty Automotive Holdings (MAH) has already acquired two Honda dealerships — one in Little Rock last August and another one in Columbia, Missouri earlier this month.

These acquisitions and others under consideration are primarily located in the southeastern area of the U.S., where McLarty grew up. He is looking most closely at Missouri, Arkansas,

“We drew a 500 mile radius around Little Rock for ease of moving managers around and travel time,” said McLarty.

Focusing on an area he knows well is useful in the dealership world, which “tends to be a local business,” he said. “It works best when one understands that community and has an employee and customer base in that community.”

The recent Honda acquisition in Columbia reflects that philosophy as nearly all the local employees were retained and McLarty teamed with Missouri native Stephen Nagel, who is the new general manager and a partner in the dealership. Nagel previously worked at AutoNation running some of the company’s leading dealerships in the region for 17 years. “Nagel is just an outstanding leader and car man,” said McLarty. “His track record speaks for itself.”

Although his two most recent U.S. acquisitions have been Honda dealerships, McLarty has been a dealer for a range of brands in different parts of the world including leading luxury brands such as Porsche, BMW, Mercedes, Jaguar, and Land Rover.

“Honda is such an outstanding product and I’ve always enjoyed working with them since building several Honda dealerships in China years ago,” said McLarty. He continues to like the prospects of luxury brands in the U.S. too but, at this point of the economic cycle thinks they tend to be “pretty pricey”.

That doesn’t mean he is hung up on valuations or Blue Sky values, however. He views dealerships as long-term investments. Buying the right stores with good potential that can be realized by a strong team there is the most important thing, he said. The same holds true for Blue Sky values. “It is certainly something one has to be aware about, but if one is thinking in terms of decades then there is less sensitivity to Blue Sky.”

Mark McLarty first lived in Brazil in 1995 and returned in 1999 to form a partnership with the Caltabiano family. Since then, the business has grown from less than R$100 million in sales to more than R$2 billion today. Caltabiano-McLarty (“CMP”) is a leading dealer group in Brazil with top-ranked dealerships represent Mercedes, Toyota, Land Rover, Jeep, Mini, Jaguar, BMW Motorcycles, Ducati, Chrysler and Dodge. “It has been my honor to be partners with the Caltabiano family over the years and the team there is filled with many outstanding people,” said McLarty.

After years living and working in Brazil to develop CMP, McLarty began to analyze the opportunity to develop a business plan in China as passenger car sales there began to skyrocket. In 2004, nearly 10 years since he had lived and studied in Hong Kong as a college exchange student, McLarty returned to Hong Kong to look for opportunity.

McLarty subsequently formed a partnership with the local firm Guanghui and TPG Capital to found China Grand Auto (“CGA”), becoming the company’s first CEO. Within 10 years, CGA had grown into the largest dealer group in China with more than 500 dealerships. In 2014, McLarty and TPG sold their founding stake in CGA for nearly $785 million.

In 2008, McLarty acquired the Beijing-based luxury dealership group NCGA which was subsequently renamed YanJun Automotive (“YJA”). YJA, already the leading BMW and Mini dealership group in China, benefited from the explosive growth of luxury automobile sales during the following years. Sales quadrupled to more than $1.5 billion by 2012, as YJA built new dealerships for BMW, Porsche, Land Rover, Jaguar and Volvo across northern China. Amid rapid consolidation in the Chinese market, YJA merged with Baoxin Automotive at the end of 2012 to form the leading luxury dealership group in China.

In addition to Brazil and China, McLarty Automotive Group also owns the wholesale distribution business of Jaguar and Land Rover in Mexico. The Group had combined revenues of $5 billion in 2014.

In the mature U.S. market, McLarty foresees MAH growing mainly through acquisitions of existing stores. Open points in the U.S. are rare, he said, adding, “once in a blue moon there is an opportunity to get an open point, but it can’t support a growth strategy in the U.S. like it did in China.”

By comparison, the growth of CGA and YJA in China relied heavily on open points being awarded by the OEM’s as they created their national distribution network. Growth in Brazil comes from a mix of open points and acquiring existing stores, McLarty said.

With fully-localized management teams running each of the international businesses, and the internet and social media making it easier to stay in touch across distances and time zones, McLarty is turning his attention to build a strong team here in the U.S.

MAH is comfortable with general managers becoming equity partners in the dealerships they manage. “That arrangement provides long-term alignment and allows the general manager to build wealth,” said McLarty.

Whether to keep existing management in place or bring in new people when a dealership is acquired will vary based on the circumstances of each store. “It is all about finding the right people and supporting them to reach their full potential,” said McLarty.

He is counting on experience – and the relationships he has formed – to help identify and attract the best people. One skill he looks for is the ability to create a good work atmosphere at a store. “Everything streams from that,” he said.

McLarty believes in keeping corporate overhead streamlined and empowering the dealership. “The heart of the management and drive needs to be in the store regardless of whether a dealer group is big or small,” he said. “It is not about having some big corporate headquarters calling the shots.”

As he grows in the U.S., there isn’t some “magic number” of stores he is looking to acquire, said McLarty. It is more about the quality of the people and creating a high-performance culture. He does see opportunity in the U.S. market in the next five years, however, for both single-store and multiple-store acquisitions.

Interest rates will probably begin to rise soon, he said, and the market may shift from the current seller’s market to a buyer’s market. “At least there will be more of a balance,” said McLarty.

By comparison, both China and Brazil are seeing market slowdowns. That doesn’t worry McLarty, however. As the 2008-2009 downturn in the U.S. market proved, if you have long-term confidence in the market, you can be profitable in the downturn, he said. Downturns also present opportunities.

“If you don’t take on too much risk, a downturn provides opportunity to attract talented people from competitors and acquire great stores,” said McLarty.