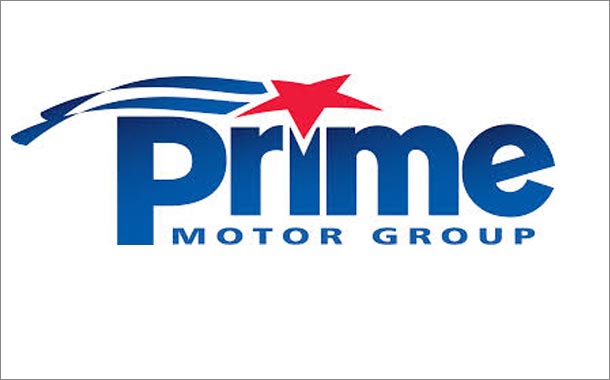 “I am familiar with market and there is a lot of opportunity,” he says. 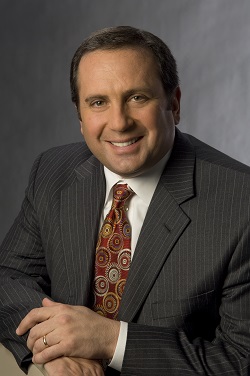 There isn’t as much competition around Manchester as there is in the hyper-competitive Boston area, where he is used to operating, says Rosenberg. That should help him quickly achieve his main goal when acquiring a dealership – positive return on investment.

The Holloway acquisition was facilitated by Nancy Phillips Associates, a broker Rosenberg has worked with before. He really likes the Mercedes-Benz brand, which he calls “the benchmark of luxury.”

Audi is another franchise Rosenberg, 54, likes a lot. The brand “targets vehicles at my age demographic,” he says. Then there is the Porsche brand. “It is hard not to like Porsche,” says Rosenberg.

There are, however, some franchises Rosenberg can’t imagine himself buying. “I don’t understand what they are trying to do,” he says of those brands.

For example, Holloway Motors also included a Fiat franchise. FCA was going to add Alfa Romeo and Maserati franchises in that location, as well. Rosenberg wanted the Fiat building, but not the franchises.

To make the deal happen, Holloway returned all the Fiat vehicles to the manufacturer. Rosenberg bought the facility and all the hard assets, but not the franchise. He plans to turn it into a used car facility.

The just-acquired Mercedes facility is image compliant – mostly. It is the old Autohaus image. Updating it to the current Autohaus look is “basically a color change and furniture change,” says Rosenberg.

He aims to keep the current employees. Indeed, one of the first things Prime Motor Group does, even before a deal closes, is to meet with a dealership’s staff and grant them the same tenure as with the original owner.

“We encourage the employees to stay, and put in our processes and systems,” says Rosenberg. “We’ve done it enough times that is doesn’t seem that daunting.”

On its website, the Group touts the “Prime Difference.” Rosenberg says one of the ingredients is common sense. Customers come into a dealership after spending hours online. They know how much a model is selling for, what a trade-in is worth, and related information. “Why does it make sense to start at sticker price?” says Rosenberg.

The Prime Difference takes that into account. His sales associates spend a lot less time negotiating, he says. If the customer wants to look at any third-party sites, such as TrueCar, the Prime associate will pull that site up.

“We started using the term transparency long before it was in vogue,” says Rosenberg. “I want to make sure when a customer comes here it is about choosing the right car for them.”

“We are as aggressive as possible in selling new and used because that feeds the service and parts department,” says Rosenberg. “I want that customer to come service with us.”

Prime Motor Group began taking shape in 2006, when Rosenberg’s father Ira acquired Prime Toyota and Prime Hyundai in Maine. It seemed like a good name – it means high-quality, after all – so they kept it.

Meanwhile, David Rosenberg had just left his job at Group 1 Automotive. He had remained there as a Platform President after Group 1 acquired Ira Motor Group from him and his father in 2000.

At that time, “everyone was saying the internet was going to kill the traditional car dealership,” says Rosenberg. They decided to sell the Group to ensure his parents would have a good income stream to live on.

Rosenberg stayed on to run Ira Motor Group, but left in 2006 when Group 1 changed from a decentralized to a centralized management structure. His father, meanwhile, had gotten bored in retirement and acquired the Prime stores.

Rosenberg was used to running larger operations so when the Clair Auto Group, with nine dealerships, became available in 2007, Prime Motor Group acquired it. They continued to add dealerships even during the downturn of 2008 through 2009. That doesn’t mean business was smooth.

“It wasn’t fun,” says Rosenberg. “I would tell people, ‘I sleep like a baby. I wake up every hour and cry.’”

Rosenberg has three daughters and a son. One of his daughters, who just graduated from college, has started to show some interest in the dealership business, he says.

But he isn’t counting on his children taking over the family business, though that would be nice. Prime Motor Group just implemented a management structure that has three group managers reporting to Rosenberg. It is a flexible setup.

His concerns for the future center on the changing nature of the retail car business such as the inevitable arrival of electric vehicles and what the will mean for maintenance income. Also, the growing popularity of ride sharing, and the advent of autonomous driving. He figures one-price selling with eventual be the norm. Already, they negotiate less than $300 on the average price of a used car, he says.

The Rosenbergs sold their original dealership group, the Ira Group, because of concerns over the impact of the internet. Rosenberg doesn’t now think that the internet will mean the end of dealerships.

Prime Motor Group is looking at ways to sell on the internet. But, says Rosenberg, “A lot of customers will still want to come in and drive.”