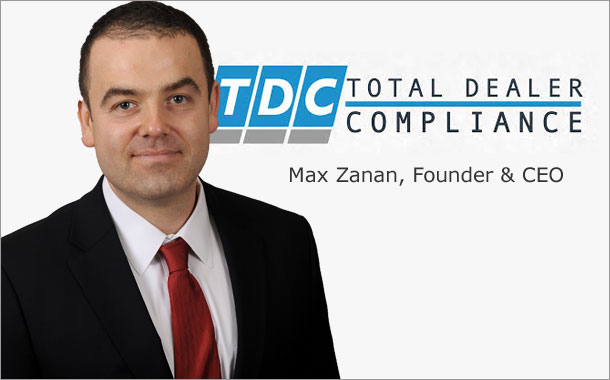 It’s not too late to save your dealership from digital disruption, says Max Zanan

Digital disruption is coming to the auto retail business. Some would say it has already arrived. Dealers aren’t admitting that change is coming, nor are they making changes to deal with the disruption, Max Zanan, founder of Total Dealer Compliance, a Florida-based compliance auditing firm, tells Automotive Buy Sell Report.

“I see these car dealers as Blockbuster dealers,” he says. “They are very aware that sometime in the near future there will be something like Netflix, but at the same time they are doing nothing about it. It is completely irrational.”

Consumers want a car-buying process that is fast, convenient, and transparent– like buying something from online retail giant Amazon, says Zanan. While he thinks it is “completely natural” for consumers to expect a convenient and transparent process when car shopping, in fact they often get the opposite, says Zanan.

“The good news is, it is not hopeless,” says Zanan. He offers some strategies for surviving the arrival of digital retail.

In the first, Amazon acquires a physical presence in the auto retail space by acquiring a huge dealership group. That would give the online giant a ready-made network of test drive and service points. Amazon would also move the sales process completely online and offer home delivery. “It’s not rocket science,” says Zanan.

In scenario number two, which is already underway, a startup or disruptor in the used car market figures out how to successfully move the entire purchase transaction including finance and insurance online. More people will then buy used cars online rather than at a dealership, reducing bricks-and-mortar dealerships’ revenue streams.

“It is a very rocky environment,” says Zanan.

How to survive in that world? First, he says, hire the right people and change the compensation structure.

“You cannot expect productivity levels and customer service levels from people that don’t care about staying there,” he says. “The days of straight commission are over.”

There are ominous signs that the current compensation model is not working well. In the National Automobile Dealer Association’s 2017 Dealership Workforce Study, the turnover rate for dealership employees in 2016 was 43 percent, up three percentage points compared to the previous study.

Ted Kraybill, president of ESI Trends, which conducted the NADA study, says that turnover costs the average dealership $500,000 annually. So, it is worth dealers’ time to find a way to keep employees longer.

That means hiring the right person the right time, he says.

Dealerships should also have a mission statement, says Zanan. “It helps you focus your organization on certain goals,” he says. “Don’t keep it a secret.” 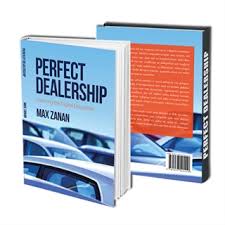 Dealerships also need to embrace digital retail more quickly, says Zanan. Consumers need to have the tools to buy cars the way they want to, he says. Some will want to buy completely online, some won’t. But dealers need to offer that choice.

Improving the finance and insurance sales process is another imperative, says Zanan. The F&I department “is like a dirty secret,” he says. The days of having an F&I department waiting to upsell the buyer into expensive products are over, say Zanan.

F&I information should be online for consumers to research. Dealer sites should explain what terms such as gap insurance mean, what various products offer, and which insurance companies are behind them.

“The policies will sell themselves,” says Zanan.

Zanan has written a book, called Perfect Dealership: Surviving Digital Disruption, to help dealerships save themselves. It will be out before Christmas, available to buy, where else, on Amazon.