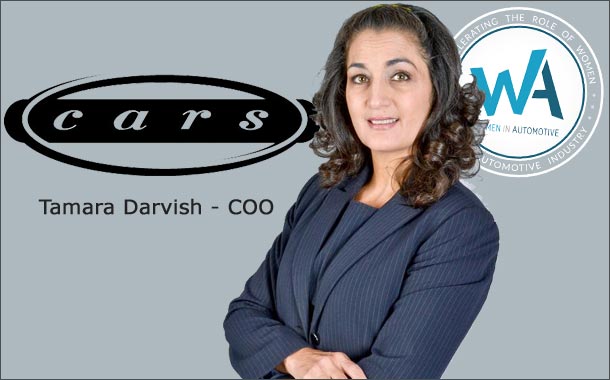 “With the cost of land, labor, materials, and blue sky continuing to increase, we have been very busy this year,” she says.

CARS, as Capital Automotive is usually known, purchases 100 percent of a dealership’s real estate including the land and the building and leases it back to the franchise owner. The firm, based in McLean, VA, is on track to handle close to $300 million in acquisitions in 2018, a 76 percent increase on 2017.

While most of its acquisitions are auto dealerships, it also acquires RV and motorcycle dealerships, with a concentration in the southern and midwestern U.S. It has properties in California, says Darvish, “but not a lot of activity.

Canada is also a growing market for CARS. In addition to working with dealerships in Canada, CARS is partnering with Canadian dealerships who are looking to the U.S. for acquisitions “because the blue sky multiples are a lot less than they are in Canada,” says Darvish.

Darvish is well-known in the dealership world. She was president of DARCARS Automotive Group in Silver Springs, MD for 31 years, during which she was on the NADA board of directors and was recognized as a Top 100 Women in the North American Automobile Industry by Automotive News.

She was also extremely active in advocating for passage in 2009 by the U.S. Congress of the Automobile Dealer Economic Rights Restoration Act. It restored auto retailers’ rights after some auto manufacturers sought to close dealerships. DARCARS was one of the three dealership groups that helped draft the legislation.

Darvish then worked as COO and EVP at PenFed Credit Union for nearly three years. She left that position and was thinking about running for office, says Darvish. Then CARS approached her.

At CARS, Darvish works with “a bench of 40 professionals that run multiple transactions at the same time,” she says. CARS has no geographical limits and as an independent source of capital has no operating conflicts, says Darvish.

Her team has worked with all the auto manufacturers and knows all the facility requirements very well, says Darvish. A key component of CARS’ offerings is fully funding the expensive OEM facility upgrades, thus allowing dealerships to put that capital to other uses – such as acquisitions.

It also works with all the major accounting firms and has access to peer data, she says. “We freely share our internal expertise and our industry partners’ resources with all our clients,” says Darvish.

CARS does not charge fees on its transactions, or for travel or analysts’ time.

“We really want to be a resource for all dealers, says Darvish. “One of the big attractions for me coming to CARS is I genuinely believe that Capital Automotive is a vehicle that can help dealers do better.”

CARS does its own underwriting, and its leases are long-term – 20 or 30 years with multiple options to extend, says Darvish.

“Our structure is beneficial to our dealers because we have a very long-term outlook,” she says.

If CARS finances the real estate portion of a dealership acquisition, she says, that capital can be deployed elsewhere, yielding a much higher return. Much of its work involves succession planning, Darvish adds, providing a means for the successor to buy the dealer out.

For a dealer looking to solve the difficult problem of how to divide an illiquid asset such as real estate, CARS offers a tax-deferred solution: Dealers can exchange properties for units in Capital Automotive. The units are easily divisible, provide risk diversification, and have historically paid a quarterly dividend, says Darvish.

Darvish says she isn’t looking to own a dealership group herself.

CARS is “well positioned to exceed our record and goals in Q1 of 2019,” she says.

“I am happy where I am right now. It is fun. It is exciting.”