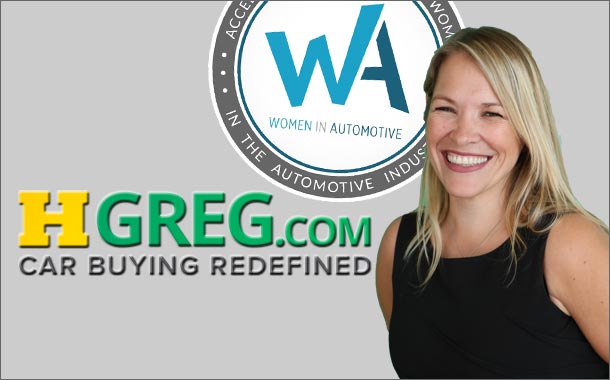 Correction: The story has been changed to reflect that HGreg held second place in Dade County as of March, but Carmax was in second place statewide.

Soledad Gonzalo has always been very focused on work, even as she became a mother of two. After the birth of her third child, however, she took four years off going into an office to concentrate on the work of being a mother.

When she looked to work for a company again, the marketing veteran decided on a position as regional marketing director with HGreg.com. Based in Florida, HGreg.com sells pre-owned vehicles using an online-offline sales structure. Gonzalo saw that as the future of the industry. But there was more that drew her to HGreg.

“Not only is HGreg growing immensely and really quickly,” Gonzalo tells Automotive Buy Sell Report, [but] “they saw the value of my experience even though I had taken some time off. When I was looking to go back to my career, they were one of the few who realized I had valuable experience.”

Now, Gonzalo is working to help HGreg.com grow on a local and national level.

One of her first moves was to launch bi-lingual media campaigns across multiple traditional and social media platforms. HGreg.com was not doing any Spanish language campaigns when Gonzalo came on board. She has exceptional insight into the Hispanic market, having worked in multicultural marketing at several of her past postings.

Those included handling the Southeast Toyota Hispanic account for BVK Advertising in Miami and the Chrysler Dodge Jeep Ram account in Orlando. She handled Hispanic advertising for North America for ad agency Zimmerman before taking her hiatus from working for a firm.

At HGreg, Gonzalo is focused on the entire market.

“We have begun a heavy branding campaign on traditional media and also a heavy digital media campaign,” says Gonzalo.

A dot com with a physical presence

HGreg.com, whose motto is “Car buying redefined,” is the U.S. branch of HGregoire, a privately-owned dealership group based in Quebec with 18 locations in Canada including new and used-only stores. It was launched in 1993 by Greg Hairabedian.

HGreg, co-founded in 2010 by John Hairabedian, Greg’s son, has three retail stores, all in Florida. One in Doral (Miami-Dade) and another in West Park (Broward), both feature mass market pre-owned vehicles. The Pompano store, HGreg Lux, features luxury pre-owned.

The stores do not have large lots with hundreds of used cars for consumers to browse. Rather, customers browse online at the stores.

“We are a dot com but we also have physical locations,” says Gonzalo.

After finding a model or models they are interested in, customers take a shuttle to the HGreg warehouse in Doral, which holds 1,200 to 1,500 units.

There, they can do test drives. To complete the sale, they return to the store.

HGreg sales representatives receive no commission on the value of a vehicle. Rather, “They get a fixed commission regardless of a vehicle’s sales price, giving shoppers unbiased customer service,” says Gonzalo.

Sales reps “aren’t going to push you to pay for a more expensive car,” says Gonzalo. “The price you see on the website is the price you are going to get.”

That is especially important for women buyers because they are often short of time when shopping for a car. “A lot of time is lost with the game of negotiating,” she says.

Though it doesn’t release sales figures, “we are high volume and already number two in the state,” says Gonzalo.

Besides its appreciation of her experience. Gonzalo liked the management team at HGreg because it understands “current as well as upcoming consumer trends.”

That includes more buyers looking to do the entire deal online. That opens a door for HGreg to sell outside of its market area.

HGreg Direct will be available soon through the firm’s website, says Gonzalo. It will instruct an out-of-state consumer how to complete the entire transaction online.

“Everything is done virtually, and we can ship the car directly to the customer or they can come and pick it up,” she says. “We send them the paperwork and they send it back, there is no need to physically be here to buy the car.”

HGreg is also expanding its physical presence. It plans to add two more stores this year.

“We don’t have exact locations yet,” says Gonzalo. “The inventory will be kept on the lots and they will all be listed on our website.”

They will help HGreg achieve its growth target.  Off Lease Only Inc. is the dominant market leader in Florida.  HGreg held second place market share in Dade County but statewide as of March Carmax was in second place.

“We are hoping to be number one in the state,” says Gonzalo.