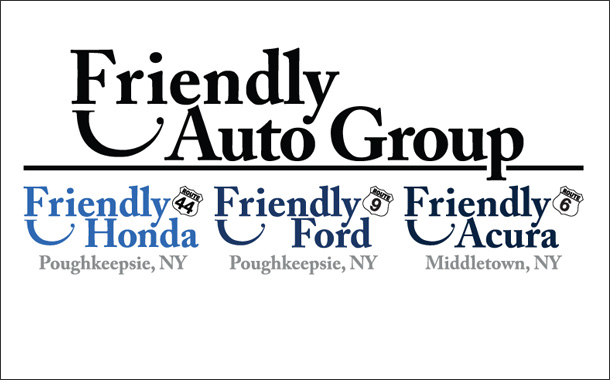 Eric Kahn’s acquisition of Feder’s Acura a few weeks ago was a testimony to the power of persistence. Kahn, president of Friendly Auto Group in Poughkeepsie, N.Y., had put in an offer on the store back in 2004, when he had never owned a dealership. That didn’t succeed but Feder called Kahn a decade later when he was ready to sell. 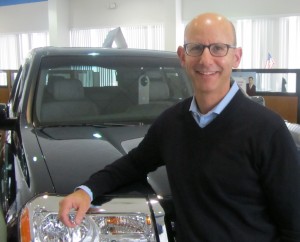 “It was a store I always kind of liked,” Kahn tells Automotive Buy Sell Report.

Kahn, who worked on Wall Street, crunches numbers when he considers what stores to acquire. But the former financier also lets gut feeling and even downright sentimentalism influence his decisions. That duel approach – numbers plus heart – is proving a good strategy as Kahn grows his dealership group.

“Being able to look at an investment and do forecasting, look at the ROI – they are all part of the things I learned in business school and the investment banking world,” says Kahn. “But emotion also plays a role.”

Take the Acura brand. Kahn worked briefly at an Acura dealership before entering Northwestern University’s Kellogg School of Management to earn his MBA. He sold his wife her first car then, which was an Acura.

“I think I could give her a better deal now,” jokes Kahn.

Friendly Auto Group, based in Poughkeepsie, N.Y. includes a Honda, a Ford, and now an Acura franchise. It will sell up to 6,500 new and used vehicles in 2016 including the Acura acquisition, says Kahn.

He is also president and dealer operator of Capital Luxury Cars in Colonie, N.Y., which includes Volvo and Jaguar Land Rover stores.

The Volvo store, which he bought in 2006, was Kahn’s first dealership acquisition. Sandy Keeler owned the Volvo store and wasn’t interested in selling when Kahn first contacted him. But Kahn persisted.

“Eventually I did get a call back from one of his lieutenants,” says Kahn.

The Volvo acquisition also laid the foundation for helping finance future deals. He put the deal together before he had financing lined up, says Kahn. M&T Bank, also based in New York, provided debt funding for the acquisition, however, and Kahn has worked with M&T on many deals since.

“They understand the automotive business,” he says. “They have been very good partners.”

Partnerships figure strongly in Kahn’s growth strategy. He works with outside investors in crafting all his acquisitions. At Friendly Auto Group, Kahn has two equity partners who are not involved in the day-to-day operations. One is in real estate, the other in media. They invest their own money in the dealership group, not their company’s money, says Kahn.

Finding those kinds of long-term partners is crucial. “The first deal is also the toughest,” Kahn advises. “Everybody says they want to invest with you, but they aren’t always there when the rubber meets the road.”

From Wall Street to selling cars

Though Kahn was a first-time dealer principal in 2006 when he acquired the Volvo store, he already had quite a track record in the dealership buy/sell world.

After earning his MBA, Kahn went to work for an investment bank in New York. He wasn’t working on auto industry deals but noticed that some Wall Street firms were doing dealership consolidations.

“I thought it would be interesting to be involved” in that side of the business, says Kahn.

Then, Kahn was tempted by the dotcom craze and left Bel Air to work at carday.com

“We were trying to be the eBay of used cars,” he says,

Alas, they weren’t. When carday went under, Kahn became senior vice president of acquisitions at Potamkin Auto Group in Florida. But he had caught the dealer operator itch, and left Potamkin to look for a dealership to buy. That led to the Volvo acquisition in Albany, N.Y. in 2006.

In late 2007, Kahn acquired a large Honda store in Poughkeepsie with a new group of investors.

In 2010 he and the Albany investors acquired a Jaguar Land Rover franchises from Sandy Keeler, whom he knew from the 2006 Volvo deal. The JLR franchise was then relocated.

“We were able to offer separate buildings for Volvo and Jaguar Land Rover on adjacent properties,” says Kahn. That group of stores is known as Capital Luxury Cars and Kahn is the dealer principal there.

Meanwhile, he continues to grow the Friendly group. In 2012, Kahn acquired a Ford franchise in Poughkeepsie. The Acura store in Middletown, N.Y., is his latest acquisition. It has been re-named Friendly Acura.

Most of Kahn’s acquisitions are a result of long-term relationships with the owners. The only exception was his first acquisition, the Volvo store. He didn’t know Keeler before that acquisition but the relationship with Keeler later led to the Jaguar Land Rover deal.

“We pay rent from one LLC to the other,” says Kahn.

He sees the real estate as more of a long-term investment with steadily rising equity but which generates less of a cash return.

Kahn and his partners always consider the need for a facility upgrade when they purchase a dealership, he says. For the just-acquired Acura store, they will do a Gen 3 image program upgrade and add 3,000 square feet to the facility, says Kahn.

Friendly Auto Group will continue to expand, though there is not some target number of franchises or sales that it aims to achieve, says Kahn.

“We have capital and we will continue to strategically grow the company,” he says. “We want to continue to grow a customer-focused group that is respected by its employees, the community and the auto manufacturers. If you make what you have successful then opportunities will come your way.”

Kahn, 52, has two children, aged 14 and 11. He sees the real estate as a long-term investment for his kids, but isn’t really thinking about whether or not they will take over the car businesses from him one day.

“I just want to build and grow a really great dealership group that makes a good return and that I am proud of,” says Kahn. “I really love the business.”