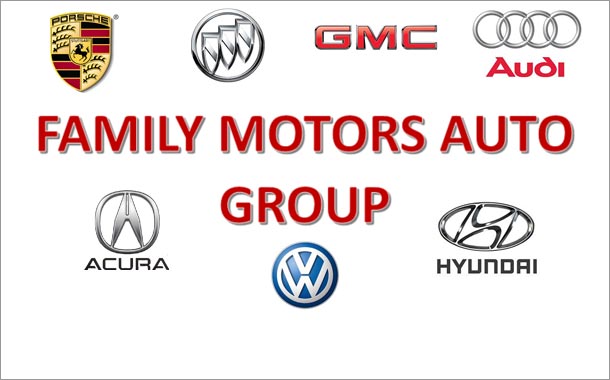 Growing a Central Valley dealership business while helping the community

A broker called Jose Arredondo to let him know the Kitahara Buick GMC dealership in Fresno, Calif. was for sale. The broker said the dealership was a perfect fit, Arredondo tells Automotive Buy Sell Report, because the clientele is 75 percent Hispanic. “You are a strong advocate for the Hispanic community. You could make a difference,” Arredonda says the broker told him.

Arredondo did acquire the Buick GMC store, which is now called Fresno Buick GMC. It is the latest acquisition for the businessman who has built an auto retail empire in California’s Central Valley.

At his new Buick GMC store, customer service is the focus, says Arredondo.

“We’re going to be letting people know we have a dealership here that understands their needs,” he says.

That means giving Fresno Buick GMC customers “more for their investment,” which to Arredondo means investing in the community where the dealership is located. He owns four additional dealerships, all in the same area.

They are: Family Motors in Bakersfield, which includes VW, Audi, and Porsche franchises; Delano Buick GMC Chevy in Delano, Hanford Hyundai in Hanford; and Acura of Bakersfield. 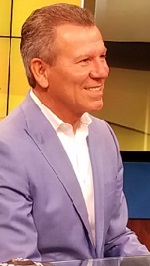 Arredondo, 59, supports scholarships, gives cars away on Mother’s Day, feeds the homeless on Thanksgiving, helps families with funding to bury loved ones, and supports a variety of charities in the Central Valley.

Education is a cause that is very close to his heart. His family couldn’t afford to keep him in school, says Arredondo, so “I have a lot in common with those youngsters that have the ambition to finish school but not the funds.”

He sponsors over 100 scholarships a year, says Arredondo.

Arredondo dropped out of high school when he was 16 to help support his family. He had arrived undocumented in the U.S. only two years before. Arredondo became a U.S. citizen 15 years ago, he says.

After leaving school, Arredondo got a job that would set him on his life’s course — he started washing cars at Hamer Toyota Mission Hills, in the San Fernando Valley area of Los Angeles. He moved up to sales, eventually becoming general sales manager. At age 30, Arredonda felt the urge to own his own business.

He and a friend bought Royalcoach Autobody and Paint in the San Fernando Valley. They acquired a second body and paint shop in the area a few months later. Then came a Buy Here, Pay Here used car business.

Those businesses were doing fine when, in early 1993, a friend called Arredondo to tell him there was a dealership for sale in Bakersfield.

“I asked, ‘where is Bakersfield?’” says Arredondo.

Six months later the friend came by and said to Arredondo, “let’s go to Bakersfield.”

Arredondo says he found out where Bakersfield was on September 7, 1993 at 11am.

He sold everything he had, borrowed money, and bought what was then a Volkswagen Audi Subaru dealership. He moved to Bakersfield and told himself he would either make it there or die there, says Arredondo.

He sold the Ford dealership and a Chrysler Dodge Jeep dealership because they were not in the Central Valley.

Arredondo has become a Central Valley fixture, and he likes it that way.

The people there include many farmers. “I have a lot in common with them,” he says. “And I am in a position here to help more people.”

He owns a real estate company which operates under the name Arredondo Ventures Inc. And he owns a golf driving range. He opened it in 1996. It helps families “to teach their kids discipline,” says Arredondo.

Now that he is close to 60, “it is not about the money,” says Arredondo. He says he isn’t looking for deals. Instead, “I feel God has another purpose for me now, giving people hope everything is going to be alright.”

That doesn’t mean Arredondo is finished growing his dealership business, however.

“I always believe we should always have an open mind,” he says. “If someone comes along and says, ‘Jose here is an opportunity,’ and the money is available, then I will do it.”