On September 24, 2019, the Wage and Hour Division of the Department of Labor (DOL) announced a new final rule raising the salary threshold employee compensation must meet in order to qualify for exempt status under the Fair Labor Standards Act (FLSA). The rule will take effect on January 1, 2020. 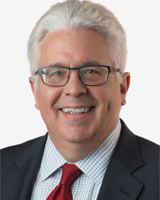 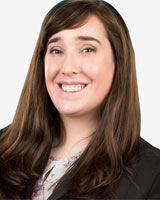 Specifically, the FLSA contains several exemptions for bona fide administrative, executive, computer-related, and other professional employees, which means that these “white collar” employees are not subject to the FLSA’s minimum wage and overtime pay requirements. Certain highly compensated employees who perform office or non-manual work are also exempt from these requirements if they earn $100,000 or more per year.

In order to qualify for one or more of these exemptions, employees must meet certain tests regarding their job duties and be paid on a salary basis at a rate no less than the minimum threshold set by the DOL. Currently, that minimum threshold is $455 per week, or $23,660 per year for a full-year worker.

The DOL’s new final rule is intended to update the FLSA’s overtime regulations to address significant wage growth that has occurred since the current minimum salary threshold was set in 2004. Specifically, the new final rule will:

The DOL estimates that these changes will require the re-classification of approximately 1.3 million currently exempt employees who will no longer qualify for the exemption and must receive overtime pay as a result. The DOL also noted that the final rule received broad-based support during the rulemaking process on the basis that increases to the salary thresholds were necessary given the length of time that has passed since they were last updated in 2004. During the last months of the Obama administration, the DOL issued a new rule that would have more than doubled the current salary threshold from $455 to $913 per week, which was invalidated by a federal district court in Texas and subsequently appealed to the federal Court of Appeals for the Fifth Circuit. That appeal has been on hold, and will likely be considered moot in light of the DOL’s new rulemaking.

In advance of the rule’s January 1, 2020 effective date, employers should review the compensation of all exempt employees to determine whether they still qualify for exempt status, and take the necessary steps to ensure that employees whose compensation falls below the new minimum salary threshold will receive overtime pay. The new final rule is also a good opportunity for employers to confirm that employees who remain exempt are performing job duties that qualify for one or more of the FLSA’s exemptions.

Michael L. Stevens is a Partner and Labor & Employment Practice Group Leader at Arent Fox LLP. He can be reached at 1-202-857-6382 or michael.stevens@arentfox.com.  Alexandra M. Romero is an Associate at Arent Fox LLP. She can be reached at 1-202-828-3469 or alexandra.romero@arentfox.com.  Arent Fox LLP has offices in New York, Los Angeles, Washington, D.C., and San Francisco. Its clients include 10 of the top 20 dealership groups, based on Automotive News rankings.