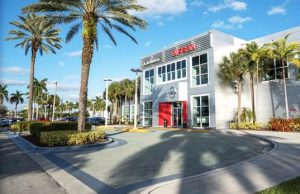 In November, HGrégoire acquired a former AutoNation Nissan dealership in Kendall, FL. It is the second new car dealership acquisition in the U.S. for the Canadian dealership group, which operates here as HGreg.

As it expands here, HGreg is following a growth strategy that has been a success in Canada, and it plans to continue its U.S. expansion.

“We look at locations before brand,” the group’s president, John Hairabedian, tells Automotive Buy Sell Report. “We look at markets we want to be in and create operational and marketing leverage.”

In Florida, HGreg already had another Nissan new car dealership, in Delray. That was the first new car franchise acquisition in the U.S. for the group. It also has four used car super stores in Florida.

Since HGreg already had substantial infrastructure and brand leverage in Florida, says Hairabedian, the Kendall Nissan store “was a great fit.” 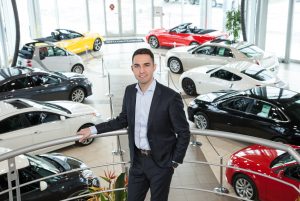 The Nissan brand also is one HGreg is very comfortable with, adds Hairabedian. It now has six Nissan and one Infiniti store, he says.

HGreg heard the AutoNation Nissan in Kendall would be available shortly after closing the deal for the Delray store, he says, but it took seven months to close the Kendall deal.

It followed the same growth plan in the U.S. when it came here eleven years ago, first opening used superstores in Florida. The move came when the U.S. dollar and the Canadian dollar were of equal value, says Hairabedian, so it made sense.

It opened its first used car super store in Florida in Miami in 2009.

With three regular used super stores and one luxury used store in Florida, there wasn’t room for another used store there, says Hairabedian. Moving into new car dealerships “was a way to enhance our brand,” he says.

Why chose Florida? “It seemed like a great market to be in,” he says. “We consider it a hyper aggressive market. We thought, ‘If we were successful there, we can be successful elsewhere.’”

The group does intend to expand more in the U.S., he says. It both opportunistically acquires franchises and proactively seeks them out.

HGreg isn’t worried about the impact of a potential slowdown in the U.S. economy on its U.S. operations.

“We have been through recessions,” says Hairabedian. “Typically, the used car segment does very well in recessions (and) our business is focused on used car superstores.”