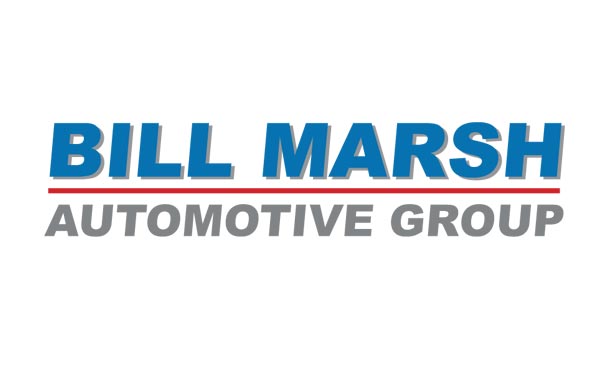 Bill Marsh Automotive Group grows by sticking to its principles

“Expansion has always been part of our strategy,” Bill Marsh Jr. tells Automotive Buy Sell Report. “A lot of groups we network with grow for growth’s sake, that has never really appealed to us. We wanted to buy in this market where our name was known.”

The Group’s recently-acquired Ford dealership allowed the Marsh family to stay true to that tenant. Now, it looks to build on the newly-acquired franchise’s strong points as well as keep an eye out for other suitable acquisitions.

The Ford store’s former owner was Gail Skerratt. She took over in early 2017 after her husband, Jeff Skerratt, passed away. Although she wanted to keep running the dealership with her three children, “she did a lot of soul searching and decided to put it up for sale,” says Marsh.

Marsh’s acquisition of the dealership is a testimony to the importance of a dealership being part of the community.

Marsh heard the store was available through an employee who attended the same church as Gail Skerratt. And while the Marsh Group wasn’t the highest bidder, they reached a purchase agreement fairly quickly, says Bill Marsh. The Marsh Group brought other strengths to the bargaining table.

“She really wanted to sell to someone who would take care of her employees and invest in the community,” he says. “She liked the way we are really involved in our community.”

There are synergies between Gaylord Ford and the Marsh Group’s other operations. It’s home base in Traverse City is only about 65 miles from Gaylord, and its other Ford store in Kalkaska is only about 40 miles away.

They are all part of the same mass media market, says Marsh. He plans to market the Kalkaska store and the Gaylord store together. They are acquiring the billmarsh.com domain name so that all Group’s stores’ inventory can be viewed at one site, he adds.

Marsh is already looking to add salespeople to the Gaylord store. It is “well-run with good people,” he says, but “we feel there is growth opportunity.”

It has reduced his sales person turnover by half, he says, and “we have been able to get access to some really high caliber sales people that wouldn’t have considered auto sales.”

Another difference at Bill Marsh stores: No F&I managers. The sales people handle the entire transaction, including finance and insurance sales, says Marsh. That has eliminated the usual end-of-the-month bottle neck of trying to close all the deals, says Marsh.

And although it requires additional training, the customer like dealing with the same sales person for all aspects of the transaction. And, “it has invested more value in the role and position of sales person,” he says.

There will be the usual facility tweaks such as new carpet and a renovated customer lounge. The facility itself is image compliant – sort of. Gaylord has an Alpine Village-themed architectural style, including the Ford dealership. That was the first thing they asked about during the purchase agreement negotiation.

“We made sure the buy sell language said that we weren’t going to have to spend money making it image compliant,” says Marsh. 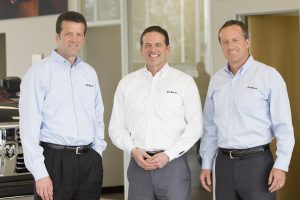 The Group was started by Bill Marsh Sr., who owned a Ford dealership in the metro Philadelphia area. The competition there was stiff, however, and building a brand name was tough. So, in 1982 Marsh Sr. acquired a Buick dealership in Traverse City and moved his family there.

Bill Marsh and his brothers, Jaime and Mike, acquired the Bill Marsh Auto Group from their father in 2006. They are equal owners.

The Group does hundreds of hours of employee training in these principles, says Marsh.

While its dealerships have the latest technology, “sometimes we overestimate the impact of technology,” he says. “At the end of the day, people want to do business with people they trust and respect.”

The Group is in several additional related business lines.

It owns Price Point used car super center in Traverse City. Bill Marsh Group developed the stand-alone used car brand in the late 1990’s, says Marsh. They didn’t want a bunch of separate used car lots with each of its new car dealerships and looked to the big box stores for inspiration.

The Bill Marsh Group is also in the buy here pay here business as the owner two J.D. Byrider franchises, in Traverse City and in Saginaw.

Initially the idea of BHPY didn’t seem to fit in to the Bill Marsh value system, says Marsh. But about a decade ago, he and his brothers began to think there were a lot of good people out there to whom “life has handed them unexpected outcomes” such a medical problem, that hurt their credit, says Marsh.

They liked the J.D. Byrider system. It can help people rebuild their credit, he says. With better credit, that person’s next car might be a Price Point used car, says Marsh. Bill Marsh Group plans to open a J.D. Byrider franchise in Grand Rapids in the next few years.

The Group also owns a collision repair and paint center in Traverse City. Business is good, says Marsh. “We have a lot of deer up here,” he jokes.

They decided to open an independent body shop about 10 years ago to get a piece of the market that just wasn’t going to go to a dealership for that kind of service, says Marsh.

The body shop has served as a training ground for technicians for its new car dealerships, he says, which is handy as technicians are hard to find. “It is almost like a minor league franchise.”

The Group also owns Brake and Alignment Plus Auto Care Center and a Thrifty Car Rental franchise, both in Traverse City.

As for its next expansion, they would like to own a Chevrolet franchise, says Marsh. And while it gave up a Lincoln franchise that was partnered with the Gaylord Ford store because there wasn’t enough volume, “we would love to have a Lexus [store] in Traverse City,” says Marsh.

Import brands don’t have the same cachet in his part of Michigan as they might in other parts of the country, says Marsh. After all, half the people who walk in his door work at a domestic auto manufacturer, he says half-jokingly.

Still, he would like Toyota and Honda franchises, “even though they wouldn’t sell as well,” says Marsh.