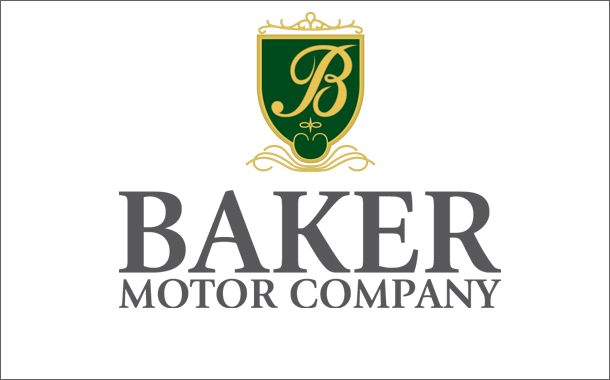 About a month ago, Baker Motor Company of Charleston, S.C. acquired a BMW dealership in Wilmington, N.C. The group’s owner, Tommy Baker, is spending a lot of time at the new dealership now getting to know the town and the people, and preparing to build a new facility for the South Carolina dealership.

“We hope to break ground in the middle of the second quarter next year,” Baker told Automotive Buy Sell Report.

Beautiful facilities are a theme that runs through the Baker Motor Co. operation. It fits in well with Tommy Baker’s philosophy of making his dealerships a great place to work. As he grows Baker Motor Co., Tommy Baker will stick to those principles, which have helped him create a very successful luxury dealership group.

“I want for my employees to have the greatest working conditions, and for them to make a lot of money,” said Baker.

He seems to be succeeding. Baker Motor Co. has been named one of the “Best Dealerships to Work For” for the past three years by Automotive News.

The last two franchises might not seem to stick to the premium luxury marque theme, but “Buick is neo-luxury,” said Baker. “Look out for Buick.”

As for GMC, “We are selling the heck out of those things,” he says. General Motors “has given us a substantial allocation for GMC.”

Most of Baker’s franchises were open points that he was awarded. He acquired the Cadillac, Buick, and GMC franchises three and a half years ago. Baker built a new Cadillac facility and renovated the Buick dealership.

“We built one of the prettiest Buick GMC anywhere,” said Baker.

All of his Charleston stores are in the same location along Savannah Highway.

Baker was already selling pre-owned Mercedes in Mt. Pleasant, S.C., about a half-hour drive from Charleston, when he was awarded the open point for a Mercedes new car dealership. .

He is building a new facility there now. Baker operates the only two Mercedes new-car dealerships in the Charleston area.

“I never said we were the best, but we are the only ones,” joked Baker. “It’s not about the butter, it is about the margins.”

Baker’s recent acquisition, the BMW dealership in Wilmington, S.C., is a half hour flight or three and a half hour drive from Charleston.

It is the first out-of-state dealership for the group. But Baker said that Wilmington is a lot like Charleston. It’s a seaport, has a large and growing retirement community, a major university, and is a “beach hospitable spot,” he said.

He acquired the BMW dealership in Wilmington from Milton T. Schaeffer, Jr. who operated the store in that location for three decades. The buy sell was put together by a mutual friend, and was “amicable,” said Baker.

The dealership has great CSI scores and good employees, said Baker. But dealers always figure they can improve any acquisition, and Baker is no different. Of course he is building a beautiful new dealership. “This one is 30 years old, we need a new look,” said Baker.

He also figures to grow the service side of the business, carry more inventory, and add more staff.

He won’t have to look far for high-quality candidates. “The beauty of what we have in Wilmington is [that] I can rotate my people up to Wilmington,” said Baker. The existing staff and the additions can share their strengths, he said.

Lack of good employees stifles growth at some dealership groups. At Baker Motor Co., however, a confluence of location and Tommy Baker’s background gives it access to a steady stream of college graduates.

The Citadel, the South’s preeminent military college is located in Charleston, as is the College of Charleston. Baker, a former Marine, graduated from the Citadel and has been an adjunct professor there for 22 years. He is also on the Board. “I still have a lot of contacts [and] I get to meet a lot of young folks there,” he said.

There are 30 young graduates of either The Citadel or the College of Charleston working at Baker Motor right now, said Baker. They are enrolled in what he called the “University of Baker.”

The first “course” at Baker U. is delivering vehicles to customers – a position known as “auto specialist.” That way they know the product inside and out, said Baker. They move through the organization and prove themselves in different positions, and make great sales people and managers, he said.

Baker aims to do more than just give his employees a great working environment and a good income. Baker Motor Co. works to help them out in many ways. It has joint savings programs with its employees, for example. “I know the whole key is how we take care of our employees and their families,” he said.

It also teaches employees who are interested how to manage their resources, said Baker. “When I started in the car business, there wasn’t anything like that,” he said.

A graduate of the University of Baker may take over Baker Motor Co. one day. Baker has two daughters in their thirties and a son in his twenties, but Baker doesn’t see any of them taking over the business. “I have a succession plan if I die,” he said, but quickly adds, “I am just a kid.”

A kid living his dream. Baker, who was born in Charleston, worked at dealerships across the South, but “my ultimate goal was to move back to my hometown and to build a luxury [auto] mall,” he said. That opportunity arose when he was awarded the Mercedes open point in Charleston in 1988.

Baker Motor Co. is in an “acquiring phase.” Tommy Baker likes Lexus and Audi brands, and there is “always something in the works,” he said. But the deal has to be the right fit, meaning “great product, great city, and great people.” And probably in the southeast though Baker doesn’t rule out other locations.