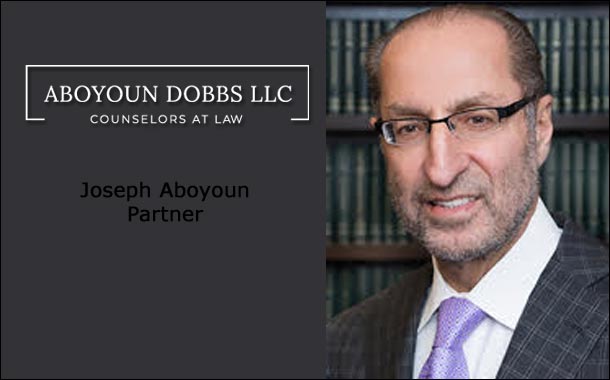 Anatomy of a failed buy sell

You enter into a long-awaited buy-sell transaction. As the seller, you are comforted that your exit plan is finally underway. As the buyer, you are pleased with the deal and what it will accomplish for your organization.

Both parties proceed full steam ahead and with complete optimism. The buyer gears up for factory approval and all other pre-closing matters. The seller is making plans for the closing and the aftermath. He/she is even thinking about an early disclosure of the deal to his/her employees.

Suddenly, something goes very wrong with the deal. As a result, one of the parties terminates the buy-sell agreement or threatens to do so. Worse, a litigation or arbitration ensues. For all intents and purposes, the deal is dead. The seller is left to somehow resume normalized operations and, perhaps, find a new buyer and to do so at a time when blue sky values continue to diminish. The buyer must figure a way to fill the void that the new acquisition was to fill in his or her dealer group.

What went so wrong? Why did it go astray? What could you have done to prevent it? These questions and more are inevitably presented when the failure occurs. There is no way to guaranty the success of a dealership sale transaction – or any other transaction for that matter. However, an understanding of what went wrong, and, of course, how to avoid the problem(s) can significantly enhance the likelihood of your next deal.

From my experience, here are some of the major reasons why a deal can fail:

The most common reason for the failure of the deal is the manufacturer’s resistance to either the buyer or the deal itself. While the state franchise laws place controls on the franchisor regarding an arbitrary or unfounded rejection of a buyer/deal, we have seen too many deals where the factory either flaunts the law or asserts baseless or questionable grounds to turn down a deal. These include an alleged CSI or sales performance issue involving one of the buyer’s pre-existing dealerships or other suspect reason for rejection.

Even if the buyer is approved, the resistance or disruption may mean the factory’s imposition of unreasonable terms or conditions of approval, such as excessive facility requirements or unrealistic performance goals.

It is imperative that both seller and buyer plan and navigate through the resistance imposed by the factory. In the case of the seller, this includes at least two aspects:

It never ceases to amaze how certain undesirable buyers appear time and time again in deals. There are those who have known approvability issues and, worse, a proven track record of reneging on negotiating. It is common sense that one should avoid the dog that bites. Sometimes, this is easier said than done because such buyers are usually very flamboyant and persuasive and offer very attractive (albeit, illusionary) deals. Unfortunately, if the buyer turns on you during the buy-sell, it is far too late. You will quickly recognize that the deal is doomed and must figure a way out of this dilemma and pick up the pieces of a failed deal. The obvious way to avoid such buyer is to conduct as much due diligence as possible on the buyer. In doing so, you will be surprised what you can learn in the process. As the old saying goes, forearmed is forewarned.

The converse of the undesirable buyer is the financially-weak seller. There have been many deals where a buy-sell falters because the seller is shut down by its lender (e.g., an SOT scenario) or, worse, the seller us forced to file a Chapter 11. As those who have been involved in the latter process know all too well, a buyer can lose control over a deal in a bankruptcy and become nothing more than a stalking horse for another buyer to come along and swipe the deal away. This problem is readily detectable in due diligence. Once the seller’s problems are learned by the buyer, it can either walk from the deal or develop a viable approach to get the deal done. This will likely require an understanding with the seller’s lender to cooperate in the deal.

How often have we heard about the deal that faltered over environmental problems with the facility? Sadly, this is a problem that should be determined at the early stages of a deal – usually, due diligence prior to the execution of the buy-sell agreement. It is important for a buyer to inquire into this aspect immediately, and request all pre-existing environmental reports. As for the seller, one should not initiate the buy-sell process until there is a full understanding of the environmental problems besetting his/her facility and develop a viable plan to address these concerns. To deal with these during and under the pressure of a pending buy-sell is dangerous, disruptive and, of course, highly ill-advised.

Partner problems on the buyer’s side of the deal in the midst of a buy-sell can create enormous problems for both the buyer and the seller. In most cases, it is the death knell of the deal. As I have previously recommended, one way to avoid this scenario is for the equity participants in the buying entity to fully negotiate all equity and related understandings prior to the commencement of negotiations with the seller or before the buy-sell agreement is executed.[1] With this approach, there is less likelihood of a partner disagreement and disruption of the deal.

The manufacturer’s ability to exercise its right of first refusal in a buy-sell transaction is obviously another potential disruptive event. This mostly pertains to the buyer’s side of the deal, but can also present some special challenges for the seller. There are various ways to address this concern in structuring the buy-sell transaction and in drafting the buy-sell agreement. At minimum, such planning and structuring can diminish the possibility of a ROFR exercise. Conversely, if the parties do nothing to address this concern, the factory will have a clear path to the exercise of the ROFR and the ability to assume control over the deal to the dismay of the buyer and, perhaps, seller as well.

Achieving a successful deal can be a challenging task. The ability to avoid the foregoing pitfalls can enhance this goal considerably. If one proceeds without regard to these tell-tale problems, the buy-sell experience can be both reckless and costly.