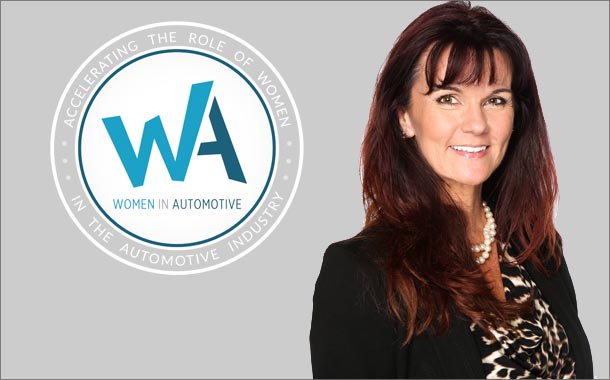 Adding to a dealership’s value through helping the community

When the Hoffman Auto Group acquired BMW of Watertown last October, it sent out a press release announcing the change and introducing the new management. That included a photo of five members of the Hoffman family—all male. A female customer sent a letter to the Group asking why there weren’t more women in management.

“I was thrilled,” says Susan Lane, manager of corporate reputation and community outreach for the Hoffman Group.

Lane manages a team that handles all social media for the Group, including answering all comments or questions from consumers. She also contributes to the planning and decision-making team for Hoffman sponsorships, then works with the sponsored organizations building the partnership and maximizing exposure for both the auto group and the organization.

While it may seem tangential to selling cars, a dealership’s image can be at least as important as pricing when it comes to the bottom line. Having a person handle those functions is crucial to a dealership’s long-term value.

The note from the woman concerned about the apparent lack of women in management was an opportunity to reach out and explain that the Hoffman Group did have women in leadership roles and to start building a relationship, says Lane.

“That is how we are able to better understand the customer perspective, improve our messages and services, and provide the experiences that our customers demand and deserve,” says Lane.

From sales to corporate reputation management

Lane, 48, didn’t plan to work in a dealership. She has a background in psychology. But after a divorce, in January of 2012 Lane, a single mother, wanted a job with regular hours. She interviewed for a position as a sales consultant at Hoffman’s Honda dealership.

That led to a series of opportunities within the Group, and Lane became the social media specialist, handling customer reviews and comments. Eventually, that job was split into three positions, which Lane manages.

The Hoffmans “saw that the emphasis on community was so important in customer relations that they created this position,” says Lane.

The Hoffman Group, based in Hartford, Conn., has eleven rooftops and ten brands, including BMW, Audi, Ford, Lincoln, Honda, Lexus, Nissan, Porsche, Scion, and Toyota. On its website, it lists and thanks its community partners. They range from the March of Dimes to Our Companions Animal Rescue.

It choses community partners based on four pillars, says Lane. Those are: social wellbeing, medical and health, arts and entertainment, and education. She spends a lot of time out in the communities getting to know the non-profits.

When the Group acquired BMW of Watertown, Lane’s role was to decide what community organizations the dealership would support. One choice was the Watertown Police Activity League, or PAL. It is involved in the lives of youths, it has an educational component, and it has internships, says Lane. Plus it works with the Special Olympics.

“We are big supporters” of the Special Olympics, she says.

The Hoffman Group also has campaigns at its dealerships to support causes. For example, from April 20 to May 20 a portion of the proceeds from every vehicle sold at BMW of Watertown will go to the PAL.

“We are not just a big building here selling cars, says Lane. “We are a family and part of community.”

The Group supports causes with more than just a check. Lane is on steering committees for local non-profits and nurtures relationships that grow to friendships, she says.

“And who is better to purchase a vehicle from but a trusted and valued friend?” says Lane.

That helps the company sell more cars to individuals and to fleets. For example, the Group recently won a bid for a fleet of Ford vehicles for Easter Seals.

Lane says her job is really about building relationships, which helps customers and potential customers feel like they are part of the Hoffman family. She figures most people feel the way she does, which is, “I would rather buy from a friend than a stranger,” says Lane.

“We are always looking for opportunities [to grow],” says Lane. “The more business we do, the more the community benefits because of what we do to give back.”

Susan Lane, Manager, Corporate Reputation & Community Outreach for the Hoffman Auto Group, will be a featured speaker at the Women in Automotive Conference.