Most dealership acquisitions occur because someone sees potential to grow that store’s business. In the case of his acquisition of Grand Prize Chevrolet, however, Arnaldo Bomnin was looking for more space to service his existing customer base at a nearby Chevrolet dealership.

“We found ourselves in a situation where we cannot provide for our customers the level of service we want to provide,” Bomnin tells Automotive Buy Sell Report. 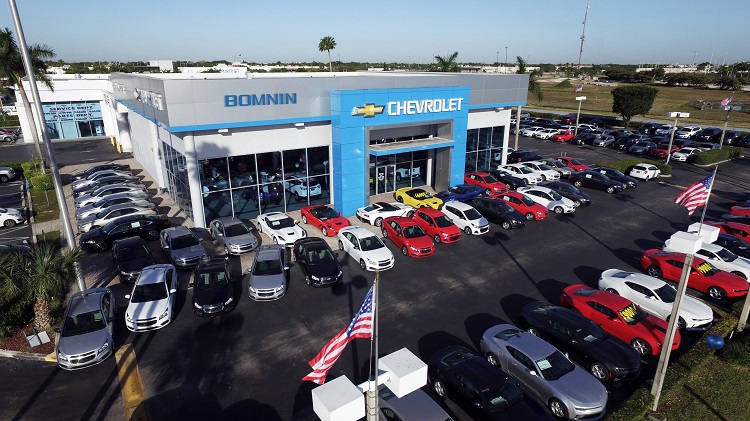 “We have a passion for providing jobs and giving back to the community,” he says.

Currently, the Kendall dealership sells around 600 new and used vehicles a month. The just-acquired West Kendall location sells around 240. Bomnin aims to be selling over 1,000 vehicles a month between the two. Combined employment will rise from 123 to 250, including new technicians and sales people.

Bomnin Chevrolet Kendall is currently the largest Chevrolet dealership in the southeast area of the U.S. That sales success has put a strain on its service department. It sees an average of 98 service customers a day, says Bomnin, but only has 26 service bays.

Already, the Kendall location is in the process of adding 14 service bays and doubling the size of the parts department. The West Kendall dealership will bring the total of service bays up to 72. The new facility is already image compliant.

“Now we will be able to provide the level of service we want to provide,” says Bomnin.

He can also grow his community service activities. Right now, his dealership is creating a non-profit to support the families of police officers and fire fighters who are injured or lose their lives in the field of duty. In addition, Bomnin is a proud supporter of the fight against pediatric cancer and is very involved with organizations like Live Like Bella and St. Jude Children’s research hospital. Other organizations the dealership supports include United Way and Simon Youth Foundation.

The two dealerships are only eight miles apart, but there are plenty of customers and potential customers for both in the area, says Bomnin.

The acquisition also gives Bomnin space to grow – the West Kendall dealership in on a nine-acre site and Bomnin acquired an empty Lincoln dealership next door.

He will boost advertising to drive traffic to the newly-acquired store, but having a motivated team with the right tools is the best way to grow sales, says Bomnin.

From seafood to star salesman

In Cuba, Bomnin had studied to be a doctor. But he was assigned to work in a military unit, and a month before getting his degree he resigned from school and started trying to immigrate to the U.S. After multiple tries over the next two years, he succeeded in 1996.

Selling seafood is what led Bomnin to a career selling cars. The newly-arrived immigrant was selling seafood out of the back of a truck on U.S. Highway 1 near a row of dealerships on weekends, going to night school to learn English, and doing landscaping.

His transmission broke and Bomnin, 26, needed $2,000 to pay back a loan he used to have it repaired.

Bomnin asked for a job at South Motors Nissan, one of the nearby dealerships. Joe Sanchez, the GM at the time, hired Bomnin.

After going to Goodwill to buy a tie, some long sleeve shirts, and suits, he had to write down the script of what he was supposed to say to customers.

“I still have the notepad,” says Bomnin.

Turns out he was good at selling cars. By 1999, he had earned enough to bring the rest of his family to Miami from Cuba. His two brothers and father all work with him now.

Also in 1999, South Motors Nissan was sold to AutoNation. Bomnin was a star salesman at the renamed AutoNation Nissan Kendall, and was promoted to sales manager at an AutoNation Chevrolet store in Miami in 2006. He worked there until 2009.

Working as a General Manager at a Chevrolet dealership in Miami in 2009, during the worst auto industry downturn in decades, Bomnin decided to start working on his ultimate dream which was obtaining his own dealership.

In 2010, with support from General Motors, Bomnin acquired Kendall Chevrolet. The store was only selling 70 cars a month at the time.  Immediately after acquiring it, Bomnin started work on a new facility. The store now sells 600 vehicles a month.

The West Kendall acquisition may not be Bomnin’s last this year. By the end of 2017, he would like to acquire another franchise in South Florida if the opportunity arises. Then he will take a bit of an acquisition break, says Bomnin.

“That is it for the next to three years,” he says.