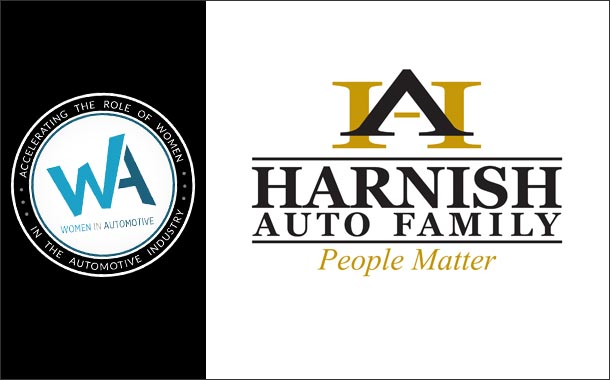 A family unites to build a dealership group in Washington state

Being a car dealer was “not even on the radar” for Shannon Harnish as she was growing up, she tells Automotive Buy Sell Report. But the family business beckoned.

Now, Harnish, president of Harnish Family Auto, a dealership group in Puyallup, WA, has just finished some tumultuous years of winding down franchises and acquiring new ones. Through it all, the importance of unity stood out.

“Our slogan is Harnish Auto Family, and I feel blessed that our family is such a strong team,” says Harnish.

Family-owned dealership groups are often singled-out as a dying breed in today’s dealership world. The Harnish Auto Family shows the strength a united family brings to the business. That helped the group survive the Great Recession and continue to grow today.

Nursing not a fit

The group owns three dealerships in Puyallup and one in Everett, WA. They house Subaru, Volkswagen, Chevrolet, and Chevrolet, Buick and GMC franchises.

Shannon has majority ownership in all the stores except Subaru, in which her father is majority owner. She is a vice president of the Subaru dealership.

This wasn’t the path she saw for herself. Harnish thought nursing was her calling, but after starting nursing school, “I realized that wasn’t for me,” she says. She began working in customer service in 1994 at a Saturn dealership her father owned in Puyallup, WA. He also owned a Lincoln Mercury dealership there.

At the Saturn store, Shannon Harnish started what would later be known as a business development office. It was so successful that the store’s management convinced her father that Harnish, then 24, should work on the sales floor.

Her father, Keith, “was super nervous,” laughs Harnish. “Thank goodness for Saturn, it was very women-friendly and very process-driven. It was easy to get product knowledge.”

There were a lot of woman on the sales floor and it was easy to find mentors, she adds.

She thrived as a salesperson at the Puyallup Saturn store, and in 2008 she and her father partnered to acquire a Saturn store in Renton, WA. Shannon Harnish became president of her first dealership. The family now owned three Saturn stores, in Olympia, Renton, and Puyallup.

Then came the Great Recession. At the Puyallup Saturn store, always a superstar, sales dropped from up to 120 units a month to 12 a month.

General Motors declared bankruptcy and decided to cancel the Saturn brand. The bankruptcy “was the tsunami that you are never prepared for,” says Harnish.

Harnish’s first dealer principal experience was over. Instead of selling new cars, by 2009 she was helping wind down three stores. Harnish was 37 years old.

“It was probably the worst experience, but also the best experience,” she says, reflecting on that period. “It taught me so much about risk.”

Her dad told Harnish she was now a used car dealer. “First gear is usually easy, let’s see if you can shift down into second gear,” he said.

Those were fighting words for Harnish. She began calling “everyone I knew” in the industry, trying to land another new car franchise. Volkswagen said one would be available in 2012.

Meanwhile, President Obama forced GM to allow underperforming dealers to mediate with GM to get their franchises back. In 2010, Rick Anderson, who owned a nearby Chevrolet dealership, was eligible to do that.

He called Harnish and suggested she become majority owner of his Chevy franchise. He would retain 25 percent ownership, and Harnish could gradually buy him out. She agreed and became president of the renamed Chevrolet of Puyallup.

Her father and brother-in-law Chris Brown were co-owners of a Lincoln dealership in Puyallup. When Shannon Harnish acquired the Chevrolet dealership, they sold the Lincoln franchise so Shannon could move the Chevrolet brand into that facility, on the family property.

In 2011, Chevrolet asked Harnish to apply for the open point in Everett. She became president and dealer principal of that dealership, again partnering with her father.

In 2012, a Volkswagen representative showed up offering Harnish that open point she had applied for back in 2009. She became president, partnering with her brother-in-law Chris Brown and her father. The VW franchise moved into the former Lincoln facility in Pullayup – which had also housed the Subaru showroom.

The family went on a building spree on the family property on River Road in Puyallup, a city just east of Tacoma. They built a Subaru store including a 450-car garage to hold inventory. They combined the Chevrolet, Buick, GMC service areas, then built a two-story Buick GMC showroom.

On the ground floor of that building, the group installed two quick lube lanes with a 12-person capacity waiting room. It has three full-time quick lube service writers. The completely-covered design has been a boon during the Northwest’s rainy, cold Winters, helping the service business.

“With new car profits disappearing, fixed ops is becoming more and more important,” she says. “All our service departments are profitable, and we are looking for ways to grow that.”

Her father, Keith, was the brains behind the parking garage and the quick lube facility, says Harnish. With a degree in civil engineering from the University of Washington, he designed all the new stores, which her husband, Scott Cook, then built.

The group is now “trying to settle in” to its new business level, says Harnish. It does some 700 units a month, twice the previous level.

“Since 2009, all we have been doing is winding down brands, selling brands, starting new brands,” she says.

Harnish Family Auto may be taking a breather for the moment, but there are plenty of family members – including Shannon Harnish’s daughter Haley, currently sales manager at the VW store – who may want to have their own dealership, says Harnish.

“Hopefully we can pass the torch someday,” she says.

When it does acquire more franchises, they will likely be in the same area. “I like being connected to people,” says Harnish. “I have no interest in running our company from a spread sheet.”

You can be sure that any expansion will be a family affair.

Arriving at where the Harnish Auto Family is now “has been an amazing team effort,” says Shannon Harnish. “None this would have happened without the hard work of each one of my family members.”